Married at First Sight has given us 11 drama-filled seasons, and it doesn’t look like the experts are slowing down.

The franchise has resulted in nine successful married couples and five MAFs babies.

Fans are glued to their screens, wondering if experts really can use science to make meaningful love connections. Viewers watch as singles take the leap of faith of a lifetime and see if getting married to a stranger can work.

Although some couples are lucky to find love, most result in disasters.

Here is our list for the craziest moments on Married at First Sight history.

Mia Bally being detained by customs on the honeymoon (Season 7)

This marriage was doomed from the beginning. This couple didn’t make it to their honeymoon as Tristian Thompson found out international customs had detained his new wife, Mia Bally.

Not only did he marry a stranger — but a stranger with pending arrest warrants regarding stalking and fraud. For 18 hours, production didn’t even know what Mia was detained for.

It just so happened the warrant for her arrest went out the day after MAFS background checks cleared. It’s safe to say this relationship started with significant trust issues, and the couple couldn’t get passed them.

This is one couple the experts felt were healthier apart. Luke Cuccurullo and Kate Sisk were matched when Married at First Sight came to Philadelphia.

Attraction proves to be one of the things the experts cannot predict. Although Kate thought Luke was attractive, he didn’t reciprocate the feeling.

The lack of intimacy concerned Kate as he got uncomfortable just talking about kissing.

When she finally convinced Luke to be intimate with her, Luke said the whole experience made him feel dead inside. He went as far as to say he felt repulsed by her.

Viewers felt for Kate and went as far as reaching out to Pastor Cal. Throughout the season, fans saw a huge personality change in Kate and rallied for the show to intervene.

The experts are usually for saving marriages. However, they were glad this one ended, and the two no longer speak.

Brandon and Taylor ending in a restraining order (Season 10)

In Season 10, viewers watched research scientist Taylor Dunklin and sales manager Brandon Reid get married. Although this couple started with instant chemistry, the cracks started to show when the honeymoon started.

Taylor initially thought it was a great match, but quickly saw Brandon wasn’t the person she thought he was.

He often lashed out about the production elements of the experience. Brandon went as far as telling Taylor f*** you on their way home from the honeymoon.

After saying no on decision day, tensions rose even more after filming. Both exes continued to live in Washington, D.C., and it’s no surprise they happened to run into each other at a local bar.

Although Taylor and Brandon have conflicting stories about the encounter, police arrested both of them that night. Taylor said she was there with a “friend,” but later admits it was a romantic interest.

The couple has since taken out protective orders against each other.

Mindy Shiben and Zach Justice graced our screens when Married at First sight took to America’s capital. The experts thought the figure skating coach and the personal trainer would be a match made in heaven.

However, the experts got it wrong in this case. Although Mindy had faced several tragedies in her life, she was genuine about finding love and hoped to find her soulmate in the experience.

Unfortunately, she got paired with the person Zach portrayed himself as — not who he really is. Zach voiced his lack of attraction to her by the second day of the honeymoon.

He made things worse by refusing to move in with her, despite the MAFS experiment usually requiring that. Despite this, Mindy was still trying to make the marriage work.

That ended when Mindy caught Zach texting her friend Lindsey, a guest who attended their wedding.

Lindsey claimed the two were building a friendship, and the conversation wasn’t solely about Mindy. When Mindy asked for proof, both parties happened to have deleted the text messages.

From lying about their last communication to the continued deception, this was the final straw for Mindy. The two called it quits before making it to decision day.

At the reunion special, Mindy’s friend Shannie revealed that she had proof that Lindsey and Zach’s relationship was deeper than a friendship.

Lindsey went as far as saying she was a better match for Zach than Mindy.

Jamie crying at the altar (Season 1)

Jamie Otis is Married at First Sight’s first success story ever. The first couple to ever go down the aisle is still married — but not without its obstacles.

Jamie admitted it wasn’t love at first sight when she met her husband, Doug. Jamie was visibly not attracted to her partner when she walked down the aisle. On her wedding date, she goes as far as saying the experts failed her.

She cried at the altar, only smiling out of politeness for her new husband’s family. In reality — she didn’t have a lot of hope for the new marriage.

Luckily, she trusted the experts, and she’s glad she gave the marriage a chance.

Since getting Married at First Sight, the couple cemented themselves as icons for the hit show. They continue to share their marriage with the world in the MAFS spinoff, Couples Cam.

Elizabeth flipping over the table (Season 9)

Elizabeth Bice and Jamie Thompson trusted the experts and got married when the hit show took Charlotte, North Carolina. The way this couple argued, fans weren’t sure they were going to make it to decision day, let alone for life.

Jamie’s sarcasm and Elizabeth’s fiery nature brought heated arguments between the two. From accusing him of being a sexaholic to his “basic caucasian sex,” she wasn’t afraid to let him know how she feels.

After he tells her to shut up in front of the other couples, she got tired of his condescending tone and finally flipped the table in anger when they tried to talk about it.

Fans were sure divorce was in this couple’s future.

Although this couple gave us some crazy moments back in Season 9, they are still married. We continue to see the explosive love between Jamie and Elizabeth on MAFS Couples Cam.

Katie and Zach going on a date (Season 10)

The reunion proved to be explosive for the Washington, D.C. season.

Fans already weren’t fans of Katie Conrad after finding out she cheated on her husband, Derek Sherman, with her ex. To make things worse, it comes out she went on a date with a fellow castmate’s husband, Zach Justice.

Zach was already facing heat from viewers for having an emotional affair with his wife’s friend Lindsey. Jaws dropped when the villains of Season 10 went on a date together.

Although the two say it was “just drinks” to talk about their experience on the show, viewers are not convinced.

When Mindy was asked her thoughts on the date, she said, “nothing really surprises me anymore.” She also said Katie texted her to let her know about the date out of guilt.

Matt humiliating Amber at the school she worked at (Season 9)

Amber Bowles couldn’t stop gushing out how hot her new husband was on her wedding day. Unfortunately for her, her professional basketball player husband knew it.

Just a few days into the marriage, Matt Gwynne already started triggering her abandonment issues when he would fail to come home at night. When she would call repetitively, he would turn off his phone.

She would spend her evening crying, wondering where her husband went. While she was willing to get past him not coming home, he wasn’t just drinking with his boys when he was out.

Amber is a teacher, and the news of Matt’s late-night activities somehow ended up at the middle school where she worked. Not only was Matt on dating apps, but he was soliciting multiple women for dates.

Fans were heartbroken for Amber as she was in tears finding out the truth of Matt’s activities.

Viewers were happy to see her stand up for herself as she chose to divorce him on decision day. 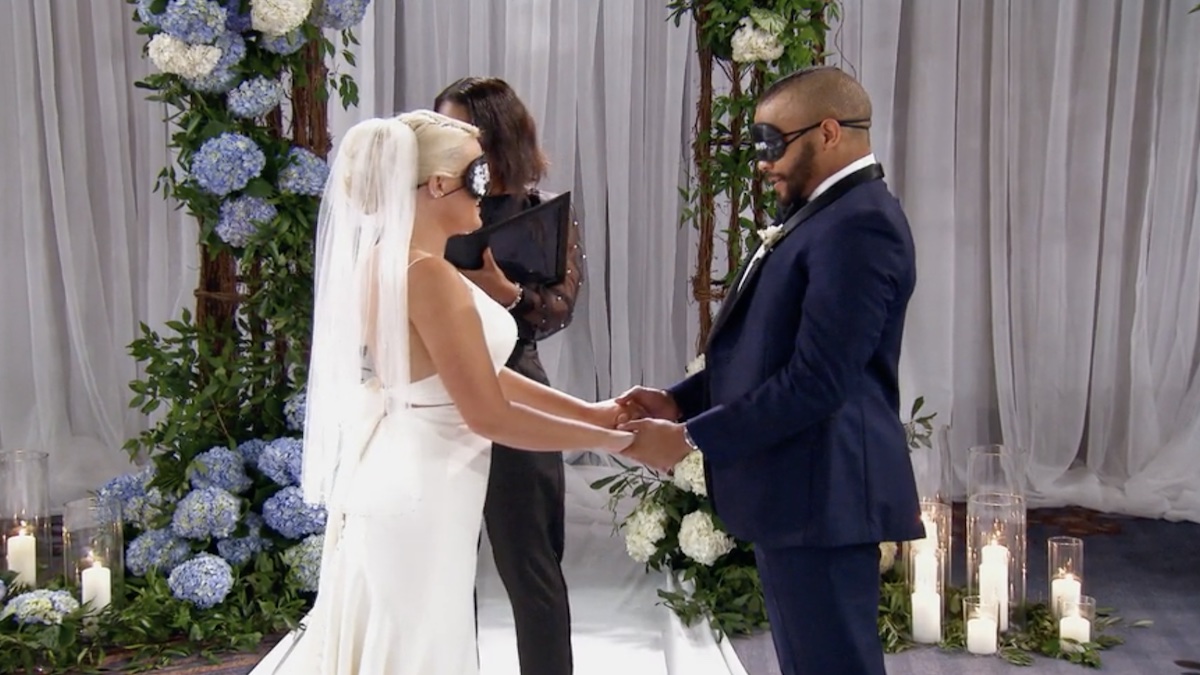 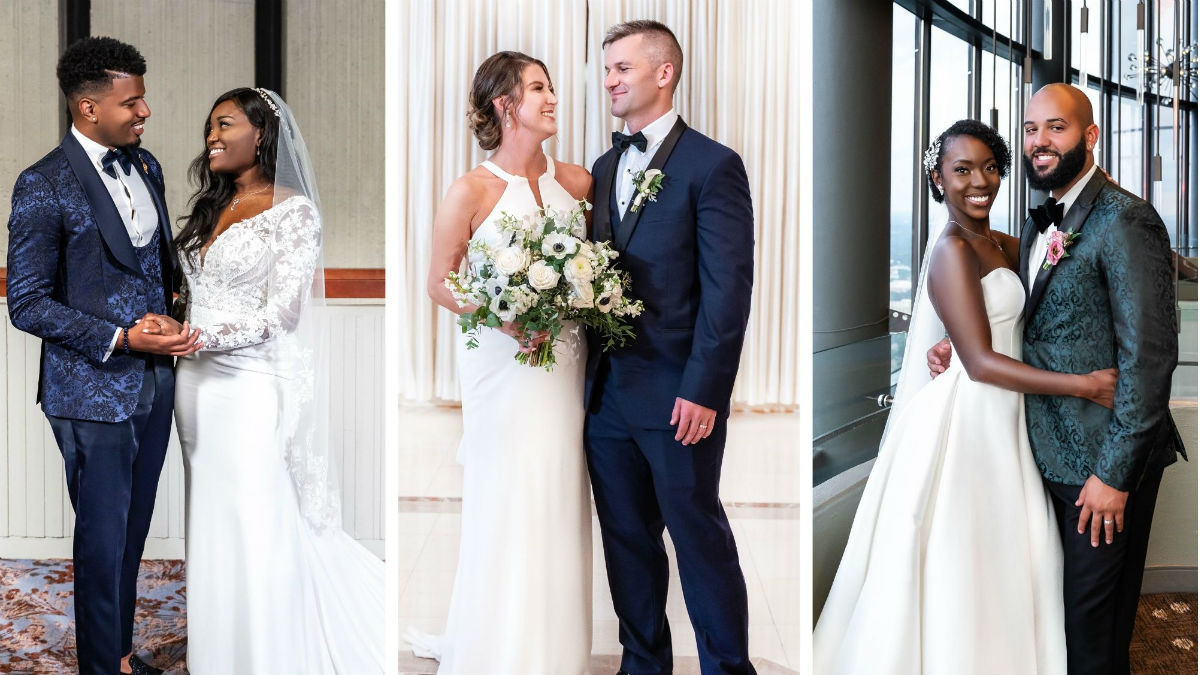