Captain Lee Rosbach is weighing in on Hannah Ferrier being fired from Below Deck Mediterranean for prescription drugs. Fans are praising his honest answer, which once again proves why Captain Lee is the stud of the sea.

The captain shed light on various hot topics on Watch What Happens Live with Andy Cohen, alongside chef Kiko Lorran. Per usual, Captain Lee answered his questions with class, honesty, and did not throw anyone under the bus.

What did Captain Lee say about Hannah?

Ever since Hannah was fired for having Valium and a CBD pen on The Wellington, fans have compared it to Below Deck Season 3 stew Kat Held, who also had anxiety meds on the yacht.

There is a significant difference between the two scenarios. Captain Sandy Yawn fired Hannah, citing Maritime law and trust issues. Captain Lee did not fire Kat.

“With Kat, it was pretty simple. She said she was prescribed the meds, and I said, ‘Show me the prescription, that’s what I want to see,’ ” Captain Lee stated. “If it’s legally prescribed meds by a licensed physician, we are not doctors as captains. God forbid we should deny somebody their prescriptions meds and something bad should happen. It would really get ugly.”

Andy pointed out that if Hannah showed Captain Sandy a prescription, perhaps it would have been a different situation. Captain Lee didn’t respond, but rather kind of shook his head slightly in agreement.

After the episode aired, Twitter was buzzing with love for Captain Lee. The captain was poised and classy the entire interview, as Andy threw a slew of burning questions at him.

Captain Lee also addressed his thoughts on boatmances, couples, and Below Deck Mediterranean drama. He is not a fan of hiring couples and leaves it up to chief stew to determine cabin assignments.

One Twitter user praised the captain for always giving it to fans straight. Another fan shared their obsession with Captain Lee for his being a class act on every occasion.

There was a lot of emotion during the WWHL episode from Kiko and Captain Lee, who made the perfect twosome to appear on the show. They are two of the nicest men, which showed with every word they spoke.

Captain Sandy Yawn has endured a lot of fan backlash over firing Hannah Ferrier on Below Deck Med. However, Captain Lee Rosbach is earning praise for his honest answer about the situation.

Season 8 of Below Deck premieres on November 2. The captain shared some spoilers on WHHL, one of which left Andy Cohen speechless. It is going to be another exciting season. 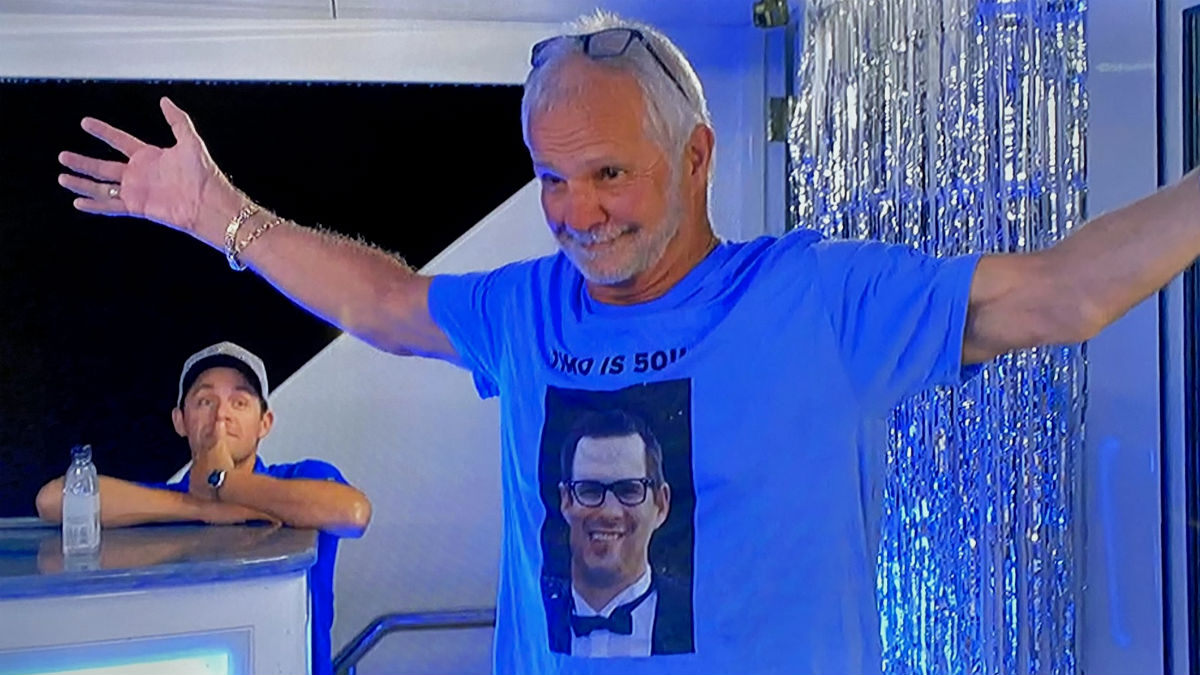 Below Deck Med: Should Hannah Ferrier and Chef Kiko have been fired? Joao Franco doesn’t think so
RELATED POSTS