Captain Lee Rosbach loses it on a drunk guest and ends the charter early in a Below Deck jaw-dropping moment.

Ever since the trailer for Season 8 dropped, fans knew something goes down that enrages Captain Lee to go off on a charter guest. The captain has shared it is first for the Below Deck franchise but did not divulge details.

Bravo has decided to give more insight into the shocking moment featured an extremely pissed off Captain Lee by dropping a new preview video.

The drunk charter guest brings out a side of Captain Lee that viewers have never seen before. Sure, the infamous captain gets angry, but this guest unlashes his rage.

Instagram account @belowdeckmedbravo posted the video that will leave fans in shock and anxiously waiting for the episode to hit the airwaves.

It all begins thanks to Dolores, who decides to jump into the water at night while intoxicated. Captain Lee watches her jump as chief stew Francesca Rubi, and deckhand James Hough try to stop her.

An outraged Captain Lee makes his way to the deck, blasting the drunk charter guest and her friend, who claims Dolores is a good swimmer.

“It is the ultimate f**k you to the captain,” Captain Lee shared in a confessional.

That’s a wrap on the charter

As Dolores swims in the water, the other drunk guests stay inside, waxing how Captain Lee will not like them anymore. Little does the group know they have bigger problems than his disliking them.

The incident brought out the rage in Captain Lee for sure. However, one moment pushes him to the brink. Dolores, still in the water, tells him she paid a lot of money for the charter.

Guess what, Dolores? Captain Lee doesn’t care what you paid. He is done, and the charter is over.

An enraged Captain Lee wakes up bosun Eddie Lucas to help the crew get a swim platform to help Dolores get back on the yacht. The captain then goes inside to inform the rest of the charter guests that the My Seanna is headed to the dock.

Captain Lee also makes it clear to the group just how angry he is at the moment. In a confessional, he tells the cameras, “I’m so pissed off. I can’t see straight.”

There have been a lot of OMG moments on Below Deck but never one like Captain Lee Rosbach losing it on a drunken guest and ending a charter. It is an episode Below Deck fans won’t want to miss.

Bravo hasn’t shared the episode’s air date, but it is likely coming up soon since the network released a sneak peek video. 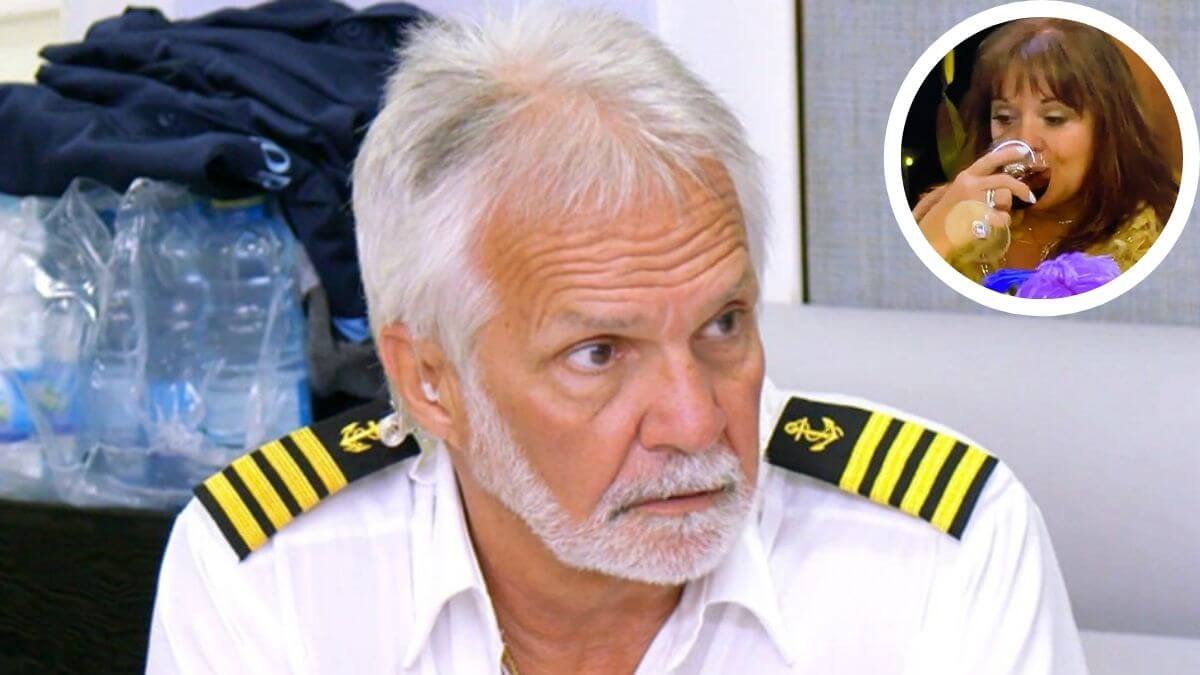