Monsters and Critics columnist Liz Long recaps Married at First Sight Season 10, Episode 14, with a little help from a glass of pinot (or two)…

Hey, MAFS-Lovers and welcome to the Couple’s Retreat from hell!

We have Katie self-sabotaging! (Again).

Brandon taking off his microphone and threatening producers! (Again).

And Jessica and Austin literally hiding underground to escape these people! (Well, not really, again, but why has it taken you two this long! Run! Run like the wind!)

Pour yourselves some wine, lovers. You’re going to need it. This retreat was a doozy. And by doozy, I mean that I enjoyed every dysfunctional second of it.

Katie doesn’t want to share her boy-toy with Taylor

So when Taylor is exposed to the nice guy (aka, Katie’s guy), Katie immediately turns into the green-eyed-monster.

Now Katie didn’t actually say those words. Rather, she passively-aggressively drank her wine while staring holes through Taylor’s soul.

Insert Jessica – the Polyanna of the episode:

Katie: “Let’s have some shots.”

But the shots don’t work. Katie throws a temper tantrum and storms off–but not before she mocks Taylor’s laugh.

Aaaaaaand we are officially five again.

And I officially want to drown my face in this glass of pinot when I hear Katie whine to the girls: “I’m the one holding the relationship down. I’m the one pulling the weight here.”

Um, Katie? May I refresh your memory of like every time it was the complete opposite of what you just said? In fact, how about I just say the words, “Jenga,” “concert tickets,” “painting parties,” him standing outside your door trying to talk to you?!!

It’s no wonder why her complaints fell on deaf ears as the other women “comfort her,” saying “I’m still Team Derek.”

Just put her in a corner, Derek, and tell her she’s been a bad girl and that you will not tolerate such bad behavior anymore!

On second thought, how about you steal a golf cart and be the “bad boy” she wants you to be.

Word to the wise, Katie: Appreciate what you have before he gets tired of these 5-year-old shenanigans.

And I’m not buying the whole we don’t see what goes on behind closed doors bit, either. Because, actually, that’s exactly what we’re seeing here.

Yes, it was annoying when Taylor put her head on Derek’s shoulder, but take the good guy and pick your battles!

Katie’s behavior segues nicely into our other five-year-old of the episode.

Brandon threatens producers and leaves the show in a (literal) mic-drop moment.

Brandon wakes up from being “so tired” to join the group and eat some tacos with Taylor. No, wait. I forgot. We’re on the retreat from hell.

Actually, what happened was Brandon woke up to peruse his phone while completely ignoring Taylor, sitting on his lap, begging for some attention.

He glances up to mumble something, and, Dear Lord, I heard the word “Instagram.”

Noooo!!! Not more drama with the IG!

Am I just getting really old or something because my drama doesn’t center around Instagram posts as it does with these two.

I couldn’t even follow the players in this fight, but apparently Taylor “liked” Brandon’s post so ‘he knew she saw it” despite her alleged ignorance.

Then she calls him a “b**tch”— I think — and I’m like, do we have another Molly/Jon situation on our hands, and please God make it all stop!!!!

Leif?! Leif the Producer?! Are you around? Brandon is ready to go home now and cry in his pillow.

So for the love, could someone — anyone — please de-mic this man already?! I mean, he has only been begging for it since Panama!

Leif, I know it’s confusing. But in case you missed the memo. You know all these “adults” you guys cast for this show about marriage? Yeah. They’re actually five now. Twelve if I’m being generous.

And they have no business being on this show. So go on now. Be a good producer and de-mic Brandon, if you could.

What’s that? Oh, Brandon is going to have a staring-contest with you first? Ah, let the boy have his fun and then just send him along in that black SUV, okay?

I’m sorry. What’s that? Oh, Brandon is refusing to allow you guys in the SUV? Oh, I see. I see. Just try and give him some positive reinforcements or something.

Or give him a shiny object. I’ve got a recap to finish here. Thanks, Leif. You’re a peach.

Michael leaves with Brandon (yes, that’s right, Michael is here too. But you wouldn’t know it based on the level of excitement surrounding him and no-smiles Meka).

And, yes, Michael seriously just tells Meka he is leaving this “couple’s retreat” as he is walking out the door. And, yes, Meka doesn’t even look up from slicing her peppers to say “okay.”

Insert Pollyanna Jess: “Should we tell them we’re having breakfast even though they just saw us making it while they were leaving?”

Jess & Austin hide in a cave

To escape from the dysfunction, Jessica and Austin — the only “normal” couple left — literally go hide in a cave.

As they take cute selfies in front of the rainbow rocks, I am suddenly reminded that this is supposed to a somewhat happy show about marriage.

True, past seasons had their fair share of drama, but, typically, there was a level of happiness that we haven’t seen outside of Jess and Austin this season.

I mean, the girl is constantly hiding her happiness, and now she’s hiding in caves, you guys. Need I say more?

Even more poetic than Jess and Austin in caves, we now have Taylor and Meka (dressed like twins) on a ghost-hunt. This, of course, is amazingly fitting, considering their husbands just ghosted them.

The ladies have fun, and Meka smiles. Yes, smiles during this paranormal activity, and I’m just thinking, wow, Michael. Tis’ a sad day when your wife has more fun talking to a ghost.

It’s almost a wrap, but let’s end this doozy of an episode with a good ol’ interrogation of Michael (who returned to the retreat sans Brandon).

Only this time, it’s Jess interrogating Michael about his adventures with Brandon, which, led to lies, and more lies, and oh Meka. Just go back to the ghost, okay?

Decision day is around the corner, guys, and what are you thinking?

Will Katie and Derek say they want to stay married? I think the ball’s in Derek’s court here.

I would ask what you think the other couples will do, but hasn’t that been written on the cave walls since, like Episode 3?

I’m off to find a tequila shot. Maybe go play in my sandbox. Call me inspired.

Married at First Sight airs on Lifetime, Wednesdays at 8/7c. 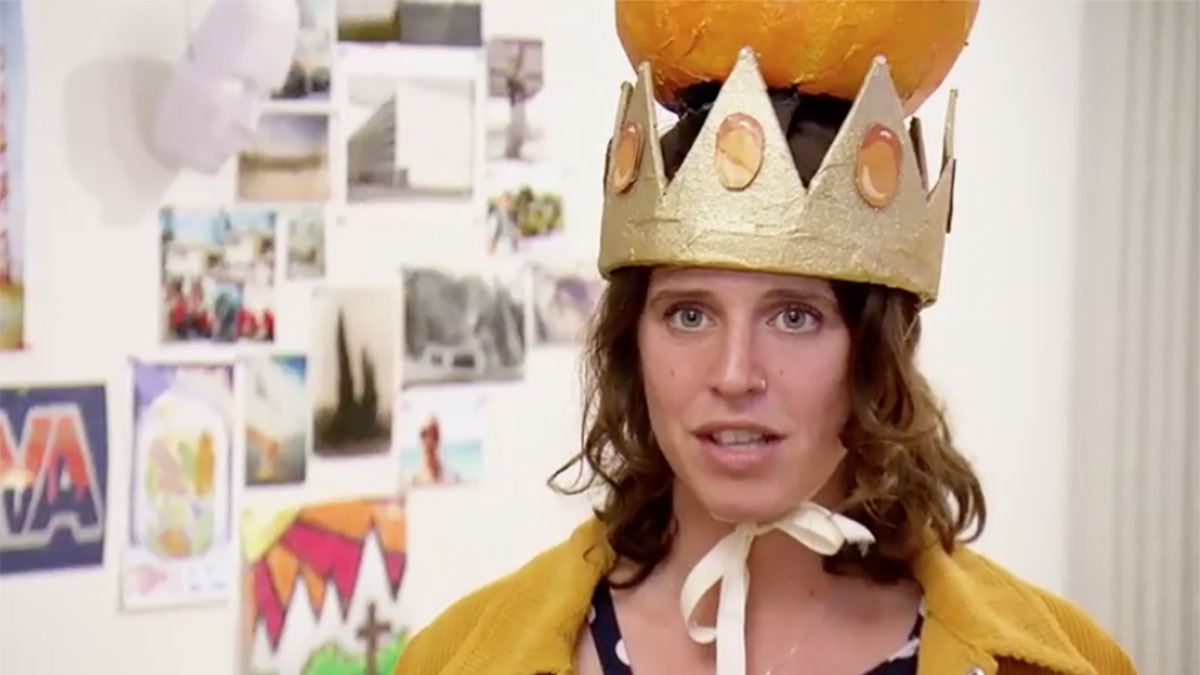