Below Deck Sailing Yacht chief stew Daisy Kelliher has promised Season 2 is filled with lots of partying, sex and drama.

Daisy did an Instagram Live chat with Below Deck Mediterranean alum and recent Below Deck Galley Talk star Anastasia Surmava dishing juicy details of her first time on the Bravo yachting show. The Irish beauty didn’t hold back teasing fans what they’re in store for when Below Deck Sailing Yacht returns.

Captain Glenn Shephard is the only returning cast member from Season 1. He has a whole new crew that, thanks to what Daisy dished, is quite different from last season.

So much partying and sex

Daisy wasted no time sharing the Below Deck Sailing Yacht Season 2 trailer pretty much sums up the season. The Parsifal III crew gets wild and crazy on more than one occasion.

The crew partying goes to a whole other level, which has to do with them not being allowed to leave the sailing yacht. Anastasia remarked it looked like a “wild party.”

“There’s a lot of partying, a lot of sex, a lot of drama, and a lot of tears,” Daisy expressed.

The Irish chief stew let Anastasia know she loved her interior crew, which consists of Dani Soares and Alli Dore.

“I loved my girls. I had an awesome team, which is probably kind of boring, but they were great. I was so nervous. They’re great. I am good friends with them both,” Daisy gushed.

There’s no Jenna MacGillivray and Madison Stalker tension with the new crop of interior ladies. Daisy also gave props to the rest of the crew, saying everyone was really strong, just a little crazy.

The chief stew dished her admiration for Captain Glenn too. She loved working with him and getting to know him on a personal level.

Despite Daisy Kelliher’s positive thoughts about her colleagues, it is not smooth sailing for the new group of yachties. Fans will soon discover the Season 2 vibe is much different than Season 1 of Below Deck Sailing Yacht. There’s still plenty of scandal and drama to keep viewers tuning in each week.

Fighting and making up is the yachtie way of life, according to Anastasia Surmava. 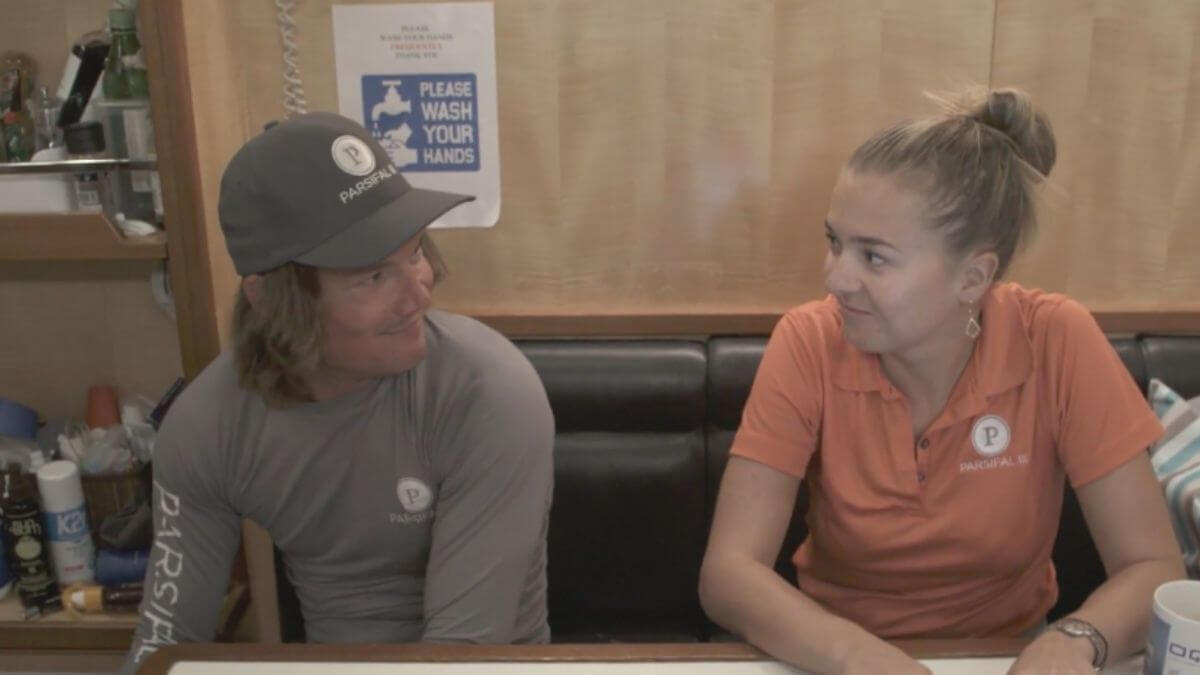