With Season 10C of The Walking Dead set to return on February 28, AMC has been releasing new details hard and fast. The latest is a humorous clip involving everyone’s favorite, Carol Peletier (Melissa McBride).

The clip opened with a view of a field filled with the undead. The scene then switched to Carol. She pulled out her trusty knuckleduster knife and started doing a headcount.

Carol then pointed at individual walkers. While it is not shown, it can be assumed that this is what she is doing considering the short clip only shows herself and the field of walkers.

As yet, it is not clear when this scene will appear in Season 10C of The Walking Dead, other than a single image released that appears to line up with this video and is listed as appearing in Episode 21. It is also not known why Carol is doing this.

Although, with some of the Whisperers still around, an assumption might be made that she was actually singling out humans in the field and that this scene will turn into a bloodbath. However, this has certainly not been confirmed.

While Carol started off as a meek and mild character in The Walking Dead, she has changed dramatically over time. No one might no bat an eyelid regarding her taking out a field of the undead in this season. Back in Season 1, though, this would never have happened.

However, various circumstances have led to Carol becoming a lean, mean fighting machine. In fact, she single-handedly rescued her friends from cannibals at Terminus. So, it will be interesting where things head regarding this character in the latest instalment of The Walking Dead.

While it has been confirmed that Season 11 of The Walking Dead will be the series’ last, AMC has already revealed that Carol’s role will live on in a spinoff series, according to The Hollywood Reporter. She will join Daryl Dixon (Norman Reedus) in a new show expected to air at some point in 2023.

This in itself gives a couple of spoilers regarding the episodes still remaining for the original series. Firstly, this means that Carol and Daryl will survive until the end of Season 11. It also means that they will likely strike off by themselves, leaving the other communities behind.

As to how this will occur, remains to be seen. However, AMC has already given some insights into the upcoming storylines regarding these characters by way of some promotional stills for Season 10C. 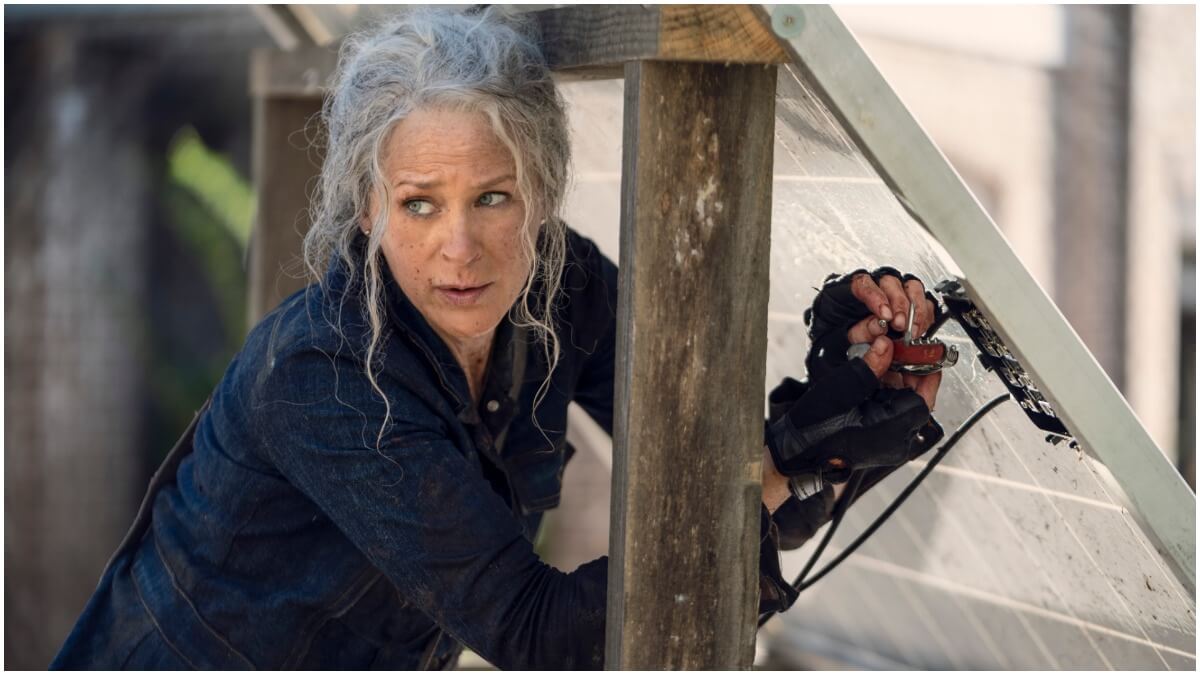 The Walking Dead Season 10: New pics of Daryl and Carol on the road with Dog are released
RELATED POSTS