On last night’s Sister Wives, Kody Brown still insisted on buying a house as Robyn’s move out date loomed, and despite her fervent belief, God would deliver her the perfect rental.

As we have followed the Sister Wives’ saga, Robyn’s rental house has been sold out from under her and the kids. Robyn and Kody have def-con 5 levels of tension. Last night, the reality show revealed that the two were at an impasse regarding the house buying argument.

Last week Kody was furious that Robyn has been relying on God to solve the issue. Robyn and Kody have two young children together. From another relationship, she also has three other kids who Kody adopted in June 2015.

The entire Brown brood left Las Vegas, Nevada, back in the summer of 2017, to head for Flagstaff, Arizona. Fans of the show know that Robyn is Kody’s fourth wife who usurped Meri as the first wife five years ago. She is now Kody’s legal wife and she is living in the biggest and nicest house.

“We have to buy because the time has come,” Kody declared during last night’s episode.

Meanwhile, in 2019, Kody purchased a huge house in Flagstaff despite Robyn’s protestations and tears fans are currently witnessing on this season of Sister Wives.

Last night’s episode disclosed that the clan only had a few weeks left to live in their rental. So, Kody — who was on overdrive looking for houses — harbored intentions to buy while Robyn’s hopes were for God to provide another rental.

“I’m trying to avoid fighting with him,” said Robyn, even though only five days were left with Kody completely focused on finding a new home.

The rest of the wives discussed the situation. Meri said it was easier for her to find rentals as a solo person. Christine bought her place and was set, and Janelle was in a rental and was of a like mind with Robyn regarding the Coyote Pass property.

“Our plan was to rent and then build out on our [Coyote Pass] property… our family culture is eroding,” Robyn said.

The sisters speak out

Aspyn visited her mother Christine. Her married daughter explained how the monies used to buy Robyn’s house will delay building on the Coyote Pass property and how the one house idea is pretty much DOA.

Christine made her famous hummus, and Aspyn asked her to add more seasoning. Her mom cracked a joke about Utah, saying that when “you sue a state, it makes it hard to move back.”

Aspyn was grateful to be out of Nevada and had been very happy in Arizona. Still, that decision weighed heavily on Christine.

“We don’t have any family in Flagstaff,” lamented Christine, who nevertheless feels that the Northern Arizona city is where they need to be.

In a cutaway segment, the producers asked the Browns whether or not they were planning to move out to the property and Janelle was the first to say “never.”

One house Robyn and Kody viewed contained seven bedrooms. Aurora really liked the place even though Kody said she would need to change high schools. At that point, Robyn worried that Aurora would suffer a meltdown.

“Don’t freak out my kids anymore!” she told Kody.

Kody gave Arielle a pep talk about seeing some houses, but she was in tears as another fight nearly erupted.

Robyn became bitter because God has not provided her miracle. She acted as if He was an order taker waiting on Robyn’s requests according to her timeline.

“When I get uncomfortable and I get edgy, I am not a good husband,” Kody admitted.

“Kody is a pretty easy sale, but not Robyn,” laughed Shelbi.  To appease Robyn, Kody presses Shelbi to inquire about whether or not the seven-bedroom house could become a rental.

Also on the episode, Christine talked about how Kody was “still mad” at her for squashing the one house idea on the Coyote Pass property.

In the end, The Daily Mail reported that Kody bought Robyn and her kids a $900,000 five-bedroom house in Flagstaff on four acres, replete with a heated driveway. The source posted photos from the Zillow listing showing how large the house is.

As last night’s episode trudged onward, Robyn was seen tearfully trying to understand Kody’s purchase versus rental concept. He subtly blamed both Meri and Janelle for renting, and because of that, for needing to frequently move.

In the end, Kody purchased the Flagstaff house after he sold the concept that their kids “would be homeless” if he did not do so.

Robyn’s tears as she gnashed her teeth and declared that she was not emotionally invested drove Kody to curse.

“We have the same damned argument…what the hell!” he said as he noted he could have just stayed in Las Vegas and “saved a fortune.”

Despite Robyn’s tears, Kody won that war when he made the deal and bought the big house, despite next week’s tease that Robyn was still petitioning God for a rental.

In other news, Janelle and Kody will soon have a grandbaby. 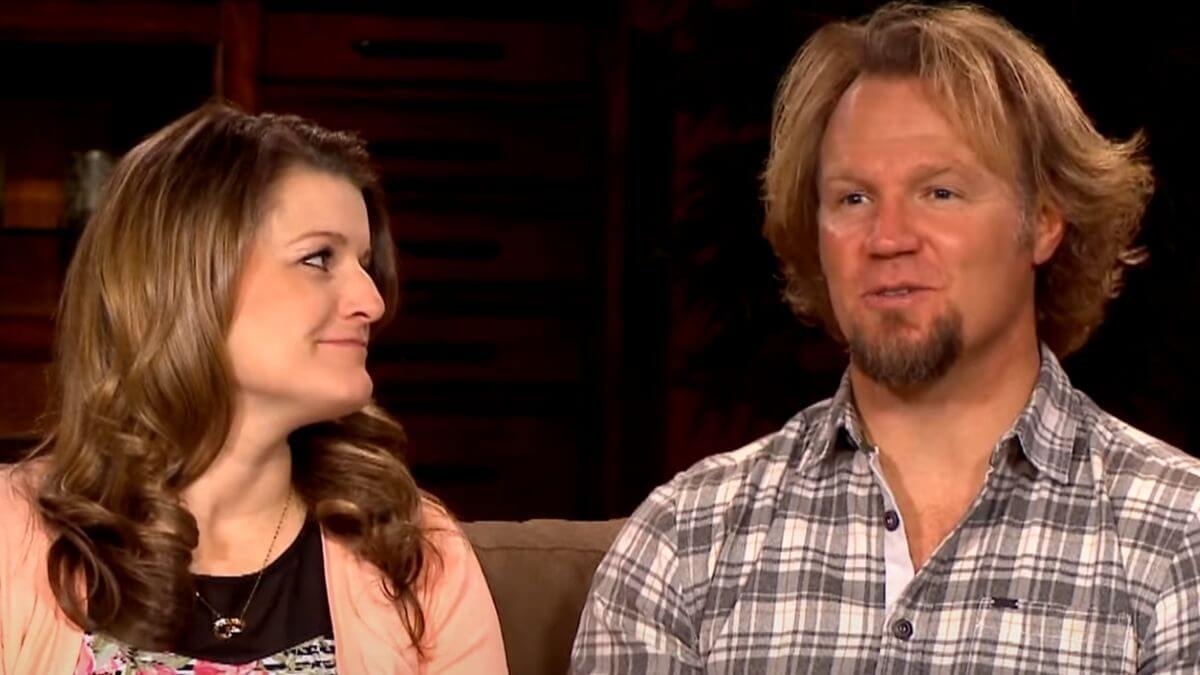 Sister Wives: Robyn Brown teared up, she and Janelle agree on what affects their relationships
RELATED POSTS