The much anticipated Season 5 trailer for the Real Housewives of Potomac is finally out, and let’s just say it was worth the wait!

A lot, and I do mean A LOT is gonna do down in Potomac this season.

The most explosive revelation, however, is the feud between Candiace Dillard Basset and Monique Samuels that will leave viewers in shock.

The two women were once very close but have been on the outs since last season.

Now things have taken a turn for the worst as a “girls night out” ends in a brawl, seemingly initiated by Monique.

Last year Monsters and Critics posted about the physical altercation between the 36-year-old mom and her 33-year-old castmate, and now we have proof.

After the incident which reportedly occurred last October, Dillard filed a complaint with the District Court of Montgomery County against Monique, and she was charged with second-degree assault.

Samuels filed her own complaint against Candiace. However, both cases were eventually thrown out.

This violent incident may very well have repercussions for Monique’s future on the show, as we see the cast weigh in on the shocking turn of events.

“I never thought as black women we would be right here, but we are…It’s not something you can brush under the rug, but you’ve got to address this!” Says the self-proclaimed ‘Grande Dame’ Karen Huger.

Gizelle Bryant, who’s had a tumultuous relationship with Samuels over the years, also addresses Monique in the clip saying, “I by no means want to be near you.”

The other housewives have their own drama going on as well

We’ll see Gizelle as she rekindles her relationship with ex-husband, Pastor Jamal Bryant. Surprisingly though, their kids don’t seem too happy about their estranged parents getting back together.

Speaking of “getting back together,” Gizelle’s BFF Robyn Dixon and her ex-husband Juan might be taking a stroll down the aisle, but first, they must go to counseling and face the truth about their relationship.

As for Ashley Darby and her husband Micheal, they now have a bouncing baby boy, but once again, Michael is in hot water as rumors of inappropriate relations with strippers during a wild night out sends shock waves throughout Potomac.

You can view the full RHOP trailer below

The “Grand Dame” has her own share of issues going on as well; for the first time, we notice a crack in her 23-year relationship with her husband, Ray.

As for the newest addition, Nigerian-American, Dr. Wendy Osefo, we’ll get to see the dynamics between her and the other ladies this season.

From the clip, we already know there will be an altercation between Wendy and Ashley during a cast dinner.

“Bye Wendy,” Ashley quips at one point before Osefo claps back, “Dr. Wendy, address me correctly!”

And that’s what we know so far, and it’s certainly enough to keep tongues wagging until the season officially premiers.

The Real Housewives of Potomac season 5 will air Sunday, May 3rd at 8/7 central on Bravo. 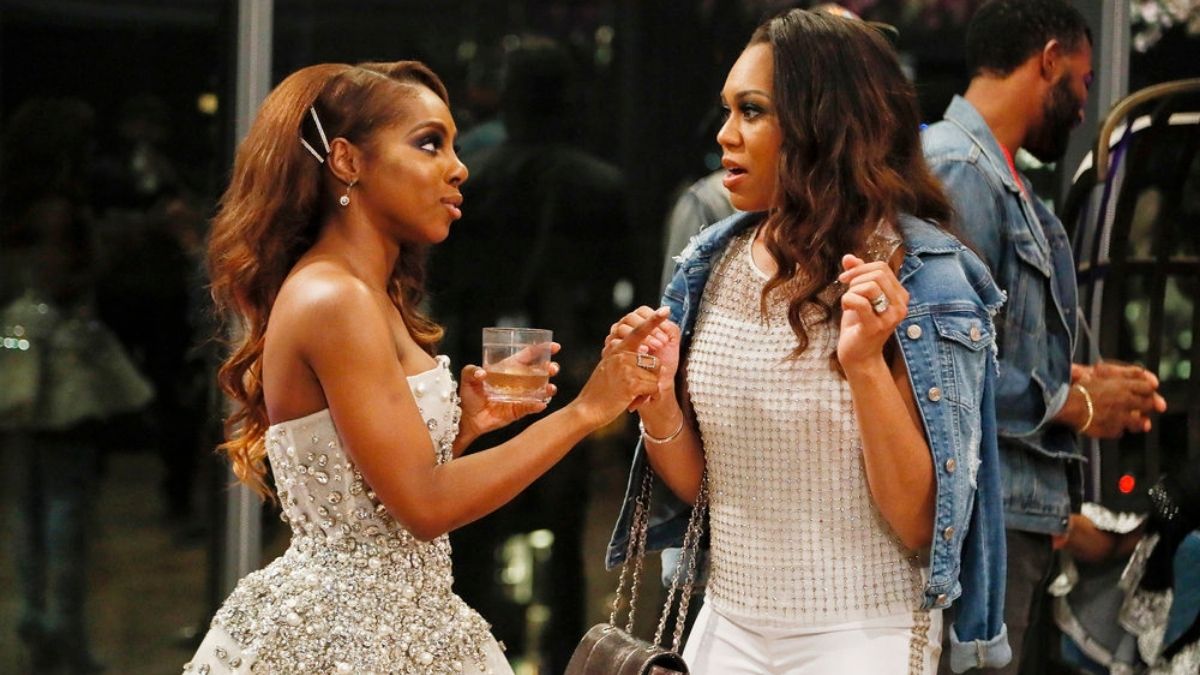