The Jackie Goldschneider and Teresa Giudice drama has been the main storyline on the Real Housewives of New Jersey. The dramatic confrontation between the two women kicked off during the first episode of Season 11.

And while we’re three episodes in, it’s still all anyone can talk about.

However, this storyline won’t take over the entire season. As a matter of fact, Jersey Housewife Margaret Josephs shared that Teresa and Jackie’s drama will come to some sort of resolution.

She recently dished about the dramatic confrontation that took place at her home and teased that the women will eventually hash things out.

Margaret reflects on the confrontation between her castmates

The Real Housewives of New Jersey star had a recent chat with Entertainment Tonight. And it’s pretty hard to talk about the show without delving into the Jackie and Teresa drama.

Since the confrontation took place at Margaret’s home, she actually had a front seat to the drama.

“I really thought they were gonna make up,” noted Margaret. “Teresa came in a good mood, Jackie was emotional. I said this is going to play on Teresa’s emotions, she’s going to feel guilty and they’re gonna make up.”

However, the confrontation between the two women certainly did not go the way Margaret had envisioned.

In fact it ended with Teresa screaming expletives at Jackie while storming out of Margaret’s home.

“When I heard the screaming, I was like ‘holy crap this is going south.’ I really was running back and forth cause I didn’t know what was going to happen,” continued the RHONJ star. “And I knew Jackie was so emotional and so upset and taken aback. And… it flipped the switch,” said Margaret referring to the analogy that set Teresa off.

“It was an analogy. It definitely was an analogy — not the best one to use I’m just going to say that. But it still was one and Teresa, you know…it was like the red blanket to the bull, and it went awry.”

There will be a resolution to the cheating rumors

At the moment it’s hard to envision a resolution between Teresa Giudice and Jackie Goldschneider.

After all, the two women have butted heads since the moment they met. And so far it’s not looking good for a friendship between them.

However, while Jackie and Teresa might not be besties anytime soon, Margaret revealed that there will be a resolve to the cheating allegations.

“Obviously there’s always a resolution with the Housewives,” opined Margaret. “To me, it’s never based in fact unless you have proof. There’s no pictures, there’s no receipts there’s nothing like that.”

“There is a resolution but it’s not based in fact,” added the RHONJ star. 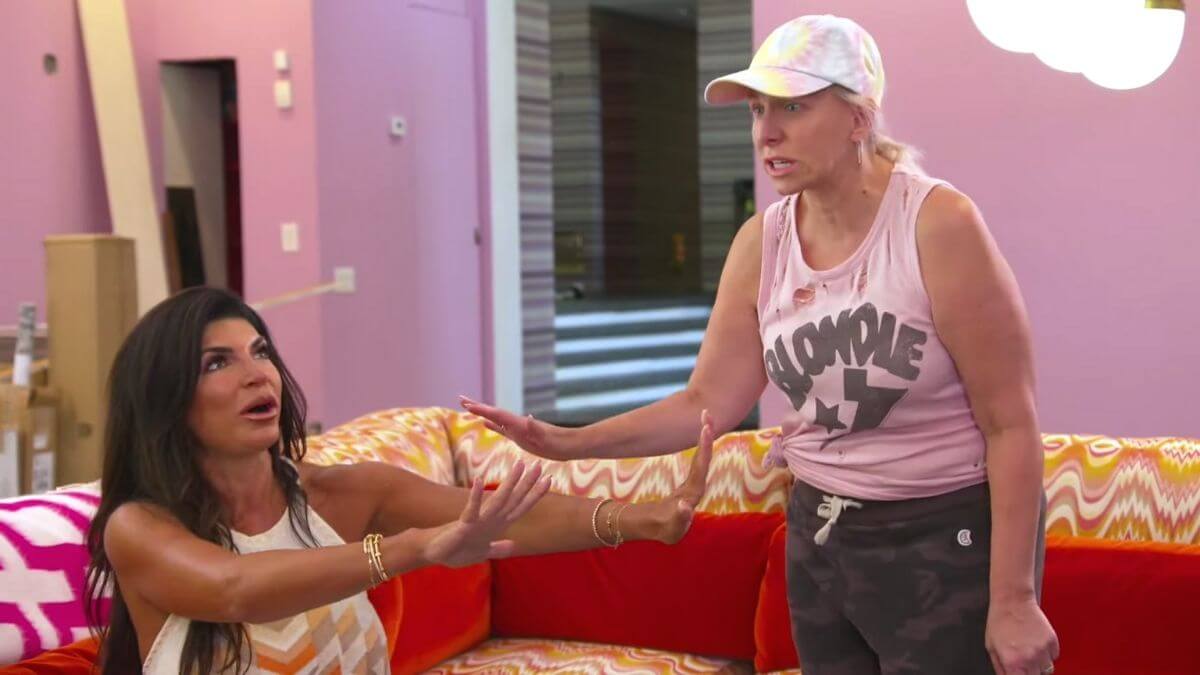