Real Housewives of Atlanta star Kenya Moore teased that she and Marlo Hampton may finally be in a good place after years of feuding. Viewers have seen Kenya and Marlo’s years-long feud continue this season. The conflict finally came to a head during the trip.

After LaToya Ali and Drew Sidora finished exchanging shade and autographs, Marlo brought up Kenya giving her the worst room, and asked why Kenya doesn’t like her.

Earlier on, Marlo explained to Cynthia Bailey that her intent was to finally fix their relationship after years of feuding.

During a confessional interview, Porsha acknowledged that this has been one of Marlo’s several attempts to work things out with Kenya.

“There is something deep down in Marlo that yearns to be friends with Kenya, and I hate seeing her hurt because Kenya doesn’t give a f**k about her,” Porsha explained.

“It’s not the IDGAF about Marlo, she apologized for the mother not wanting me comment… but the insults and attacks kept coming. We are in a better place now as you will see play out,” Kenya tweeted.

Earlier on, Kenya implied that it would not be easy for her to forgive Marlo, but maybe Marlo proved her wrong.

It looks like Marlo may finally get the friendship with Kenya that she yearns for by the end of the season.

Why Kenya and Marlo were feuding this season

Their feuds this season may not have been as grand as the Kenya Moore Haircare debacle, but they definitely have had some tense moments. At the beginning of the season, Cynthia Bailey invited several of the women over for a wine tasting.

When Drew Sidora introduced herself to the group, Marlo shaded Kenya saying that Drew could get Kenya some acting gigs.

Additionally, Marlo warned LaToya to not get too close to Kenya. Kenya was able to get revenge during their South Carolina girls’ trip. She intentionally gave Marlo the worst room in the house.

When it came time for the women to find their rooms, Marlo was not happy about the room and quickly caught onto Kenya’s shade.

Marlo decided she would make the living room into her room instead and slept there.

Marlo vented to Cynthia about how upset getting the worst room made her and as Cynthia advised, Marlo tried to resolve the issue with Kenya at the dinner table.

Viewers will have to wait and see what comes of their friendship. 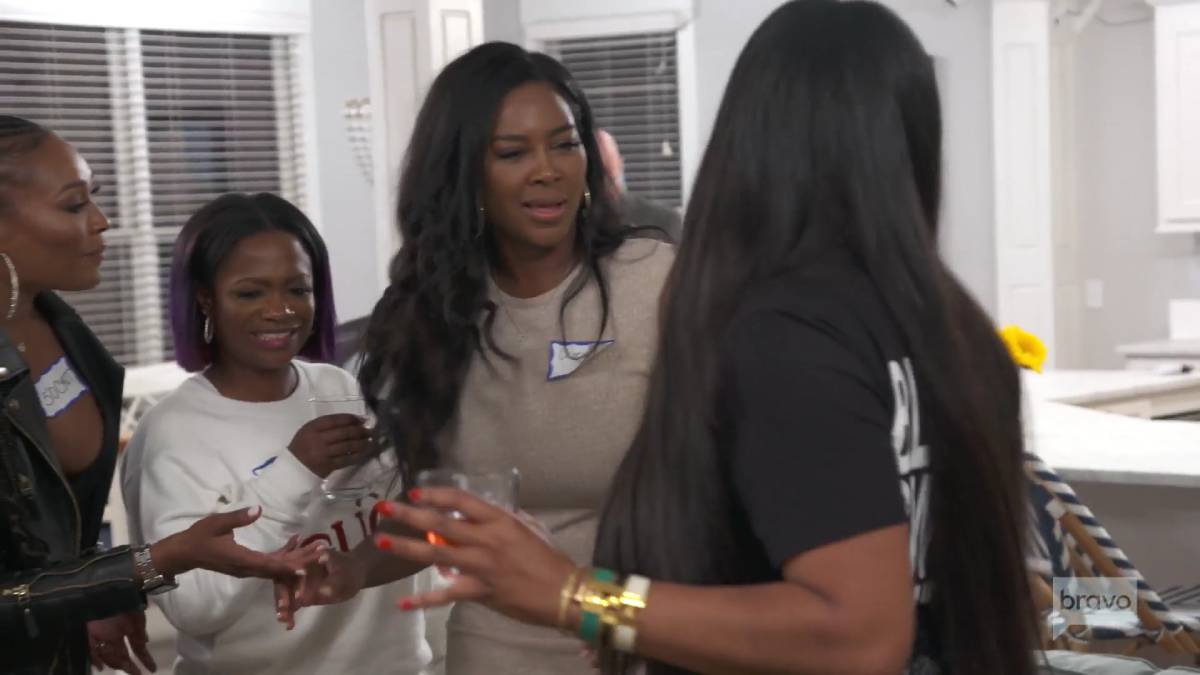