Clare Crawley and Dale Moss finally got some alone time where they could bond on last night’s episode of The Bachelorette.

Their date quickly escalated the Bachelorette process, as Clare broke up with the other guys so she could pursue Dale.

Before the episode was over, Clare and Dale were engaged and her journey as The Bachelorette wrapped up.

While fans have a hard time understanding how Clare could move so fast with Dale, it’s important to dissect their relationship to see how they bonded over common life experiences.

During last night’s episode, viewers got to see Dale and Clare have a dinner date.

They opened up about each other’s respective lives, including how their parents met. As it turns out, their parents both got married fast and had been married for over 40 years.

They also discussed how when Clare lost her father, she was broken. Dale shared that when he lost his mother, his father and his sisters were broken and lost.

Dale and Clare have shared experiences that connect them in a way that was tough for the other guys to compete with.

You can watch a clip from their date below.

During the dinner, Clare was worried about sharing her feelings with Dale because she was scared that he would be taken aback by her telling him that she loved him.

However, he reciprocated the feelings, sharing he was open and ready for it to happen.

After their overnight date, Clare revealed she would take a lie detector test to prove to everyone that their love was real and that she hadn’t been chatting with him before the show.

The episode ended with a proposal. Clare and Dale decided to make it official. He got down on one knee and proposed to her, asking her to be his wife.

Even though Dale had less than a day to make up his mind, the proposal was genuine and relaxed.

Clare accidentally confirmed the news before the episode aired. This week, Clare wore her engagement ring out in public. Even though Clare had been wearing a band from herself, she revealed that this wasn’t an engagement ring.

But the ring she was spotted wearing this week was indeed her engagement ring from Dale. She was wearing it on a shopping trip to Target.

Despite getting engaged after less than two weeks, these two are still going strong. 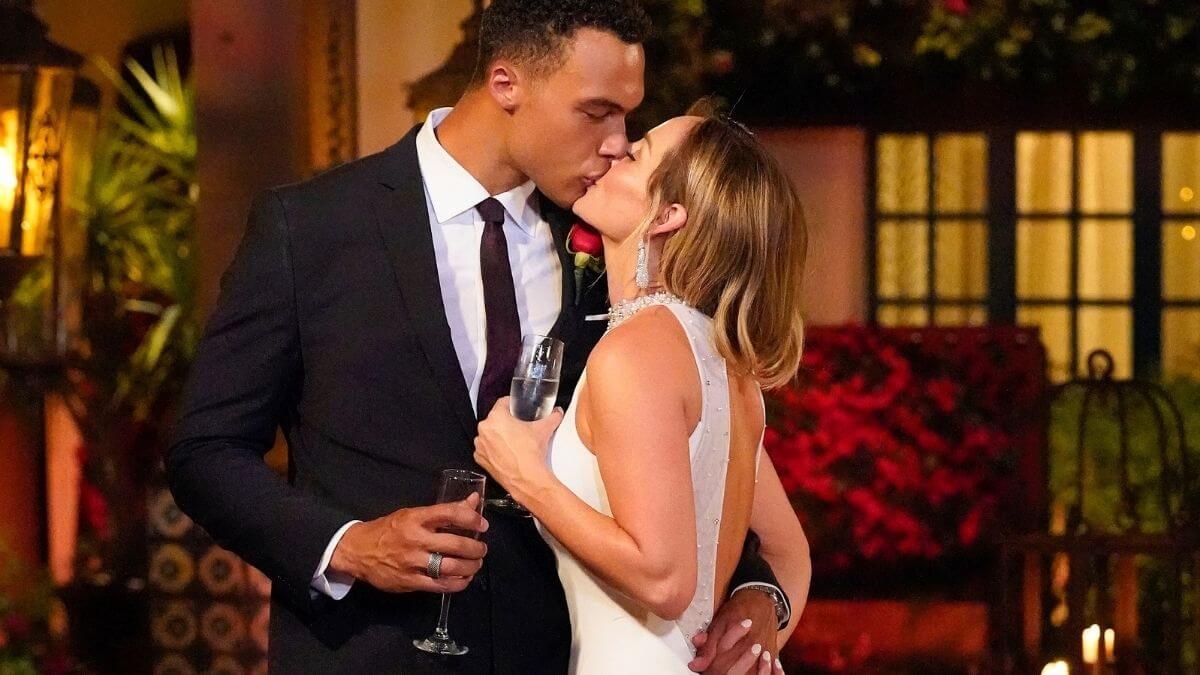