After Chris Williams’ behavior on Married at First Sight, not even his friends are on his side.

The social experiment based in Atlanta is proving to be one of its most explosive yet. While their problems started with attraction, the union of Chris Williams and Paige Banks has had more downs than ups.

While the match looked good on paper, no one expected the bombshell of a pregnant ex-fiancee.

This week, Chris’s (former) friend Pastor Dwight sat down with his new wife. However, it’s clear that Chris wasn’t happy with the conversation as he blasted his Pastor after the latest episode.

The week prior, it was Chris’s turn to sit down with Pastor Dwight. While Chris expressed that he wanted to pursue the mother of his child, Pastor Dwight said, “to make a decision to leave is extremely immature so soon.”

When Chris didn’t hear what he wanted to hear, he shut down.

This week, Paige told producers, “Pastor Dwight actually reached out to me ’cause he was really disturbed by the news from Chris, saying that we’re about to get a divorce.”

During their talk, Pastor Dwight called Chris a “double-minded man.”

“When you come across individuals that cannot make their yes be yes and their no be no, that’s somebody who’s not stable and I love him as a brother but marriage is not to be played with,” he continued.

Concluding that Chris wasn’t ready to be married, he said, “I think that with you, you have that maturity and the level to stick through something. I just don’t think our brother was fully prepared for this.”

In this meeting, Paige also learns that her husband was not only engaged one time, but twice in the past.

Despite this scene, Chris is telling a completely different story online.

He claimed that Pastor Dwight “switched up on camera” and his original comments on the situation were disrespectful.

Recounting that Pastor Dwight was one of the first people to find out about his ex-fiancee’s pregnancy, he tried to convince Chris that she was lying despite never meeting her.

Chris also alleges that Pastor Dwight and his wife offered to help with the reconciliation process of him and Mercedes one month prior to the show.

Finally admitting that he was considering dropping out two weeks prior to the experiment, he claims it was Pastor Dwight who convinced him to go through with it.

“I called you and told you that I may still been in love with her 2 weeks before the big day,” he wrote. “You said, ‘It’s just the devil and this process was God-ordained!'”

Pastor Dwight will appear at the reunion

This won’t be the last of Pastor Dwight that we will see this season.

Married at First Sight fan account @mafsfan reported that he will be making an appearance at the reunion.

What do you think Pastor Dwight will have to reveal at the reunion? 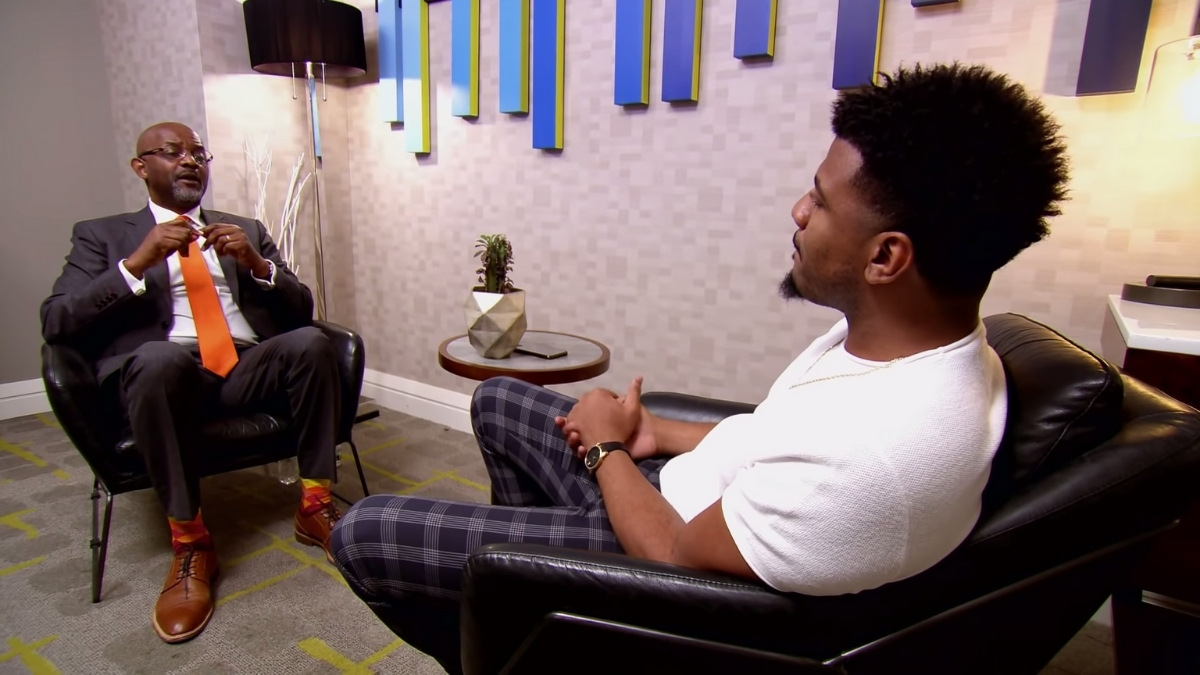