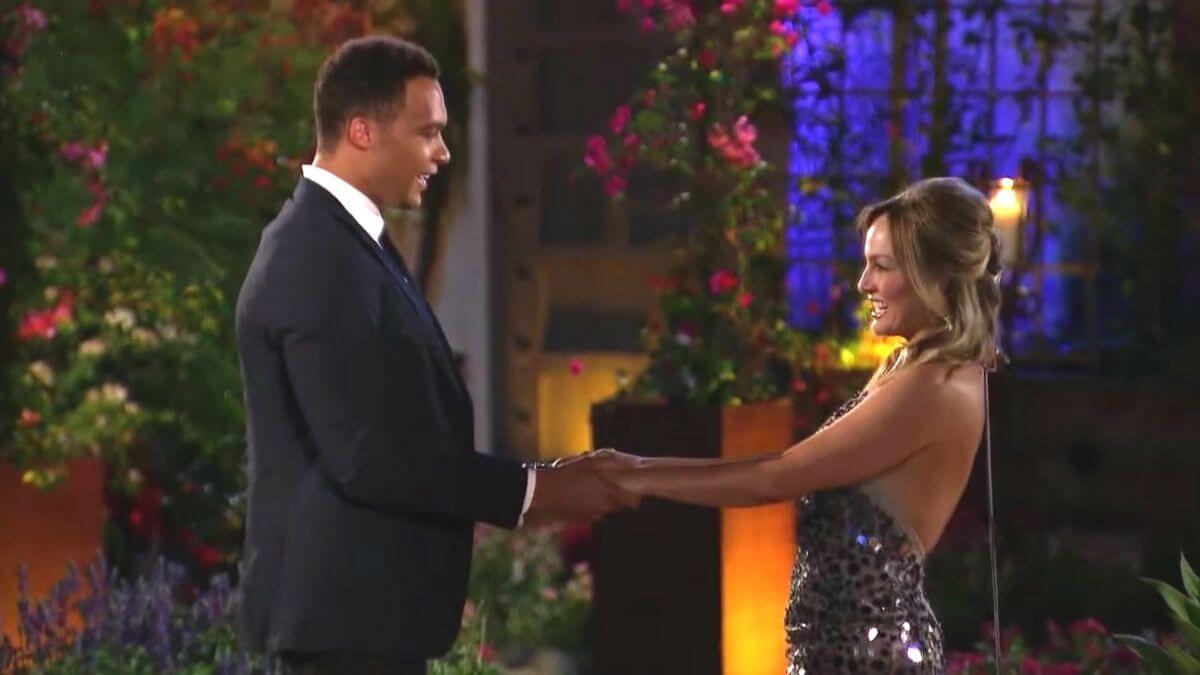 Bachelor Nation is done with Clare Crawley after her split from Dale Moss. Pic credit: ABC

This week, Dale Moss revealed that he had ended things with Clare Crawley. He announced the breakup on social media.

Bachelorette Spoilers!🌹Nick Viall weeds out the guys who aren’t - say it with me now - “here ...

Bachelorette Spoilers!🌹Nick Viall weeds out the guys who aren’t - say it with me now - “here for the right reasons.”

Swipe ⬅️ to see who basically admits to wanting to be the next Bachelor.🙄

Are we surprised? Details at #linkinbio.

Even though Dale has been linked to cheating rumors since the split, Clare is the one who is the focus in Bachelor Nation.

Bachelor Nation thinks that Clare Crawley has had too many chances

Even though Clare is devastated by this recent split, Bachelor Nation isn’t exactly thrilled at the thought that Clare could get another shot at finding love on television.

Clare has been part of Bachelor Nation since 2014, when she turned down Juan Pablo Galavis on his season of The Bachelor.

She also appeared on Bachelor In Paradise twice and on The Bachelor: Winter Games once. Clare also got engaged on the show before.

Now, fans are saying that Clare had her chances and it’s time for her to exit.

Fans don’t seem to care that Dale was the one who broke up with Clare. After Dale announced he had broken up with Clare, he was spotted by a reporter on the street.

He was asked if he wanted to be the next Bachelor and after his announcement about the split, fans were eager to hear his thoughts. He said he “wasn’t there yet,” which means it’s something he could possibly consider in a few months.

It was Dale who broke the news on January 19 that the two had broken up. Now, fans are wondering if he was just on the show for fame and attention.

Clare Crawley and Dale Moss have unfollowed each other

Dale told the reporter in New York City that he was convinced that he and Clare would be just fine and be able to move on as friends.

And yet, fans were quick to realize that the two have unfollowed each other on Instagram. In addition, when Clare did share her feelings about the split, she revealed she was completely heartbroken over what had happened.

Even though Dale may be hoping for them to move on as friends, he may be in for a big surprise, as Clare feels betrayed and shocked.