Teen Mom OG star Amber Portwood recently announced that she was accepted to Purdue University. When she shared with her followers that she was working hard on her new college courses, they had some things to say instead about her parenting.

Amber has come under scrutiny lately for her attitude towards her broken relationship with her daughter, Leah, and her behavior toward her ex, Gary, and especially toward his wife, Kristina.

When an episode aired this season on Teen Mom OG that showed Leah bonding with her stepmom, Kristina, tensions rose, and Amber wasn’t happy about some of Leah’s statements.

Amber had the opportunity to celebrate Leah’s birthday at a low-key celebration at Gary and Kristina’s house. Still, instead of choosing to spend precious time with her daughter, she backed out, letting Leah down once again.

Amber’s own brother even called her out during the episode, telling her that she’s been absent for most of Leah’s childhood.

Is Amber trying to improve her image on social media?

It seems like Amber has been trying to cool things off lately, sharing positive messages, starting a low-carb diet, and enrolling in college courses.

When she shared a post this weekend that showed her taking notes and studying for her classes, several of Amber’s followers used the opportunity to bash her role as a mother.

Amber’s post included a pic of her laptop, some pens and notebooks, and was captioned, “Lots and lots of notes after only a couple of days of classes. Working hard and hoping for the best. So far so good! #universitylife”

Instead of commenting on Amber’s new ‘university life,’ several fans told her she needed to focus on being a mother first

“Take it from someone who was abandoned by her mother , i was raised by my grandparents my mother still claims she was there for me not 1 birthday was celebrated with me only thing there was excuses there is no bond while leah is still young enough fix this before it beyond repairable , dont disprespect the step parent they step up when you stepped down,” said one of Amber’s followers.

Another simply told Amber, “Work on being a mom instead”

One fan felt that Amber should work on fixing herself rather than enrolling in college. Another follower had some less-than-nice things to say about Amber’s ex, Gary Shirley.

“I think personally you should not go back to school knowing you are not well.. I think you should work on fixing yourself to have a better mother and daughter with Leah. a flower to survive does not just need water and sun it need nourishment care attending to.. I think you have a long way togo before of adding another thing todo on your list,” said one of her trolls.

In response, another follower commented, “Why doesn’t she sit home and do nothing while her daughter is in school. Gary and his wife should make Leah see her mom. Leah is a child and shouldn’t be making those decisions. Gary sounds nice on TV but too much has been said in front of Leah.”

Amber is no stranger to controversy, especially recently

Amber has made headlines recently when Teen Mom fans speculated she may be under the influence of something during the Teen Mom OG reunion.

She really drew attention to herself when she walked off the reunion set after insulting Gary’s wife, Kristina, calling her “absolutely horrible.”

Earlier this month, Amber went off on a fan after they asked about her son James, and she attacked Kristina, only to later delete her comments.

Prior to that, she went on a tirade on IG live, calling Kristina a “w***e” and a “homewrecker.”

Although Amber won’t be returning to this season’s reunion, fans can catch up with the rest of this season’s drama tomorrow night when part two of the Teen Mom OG reunion special airs on MTV at 8/7c. 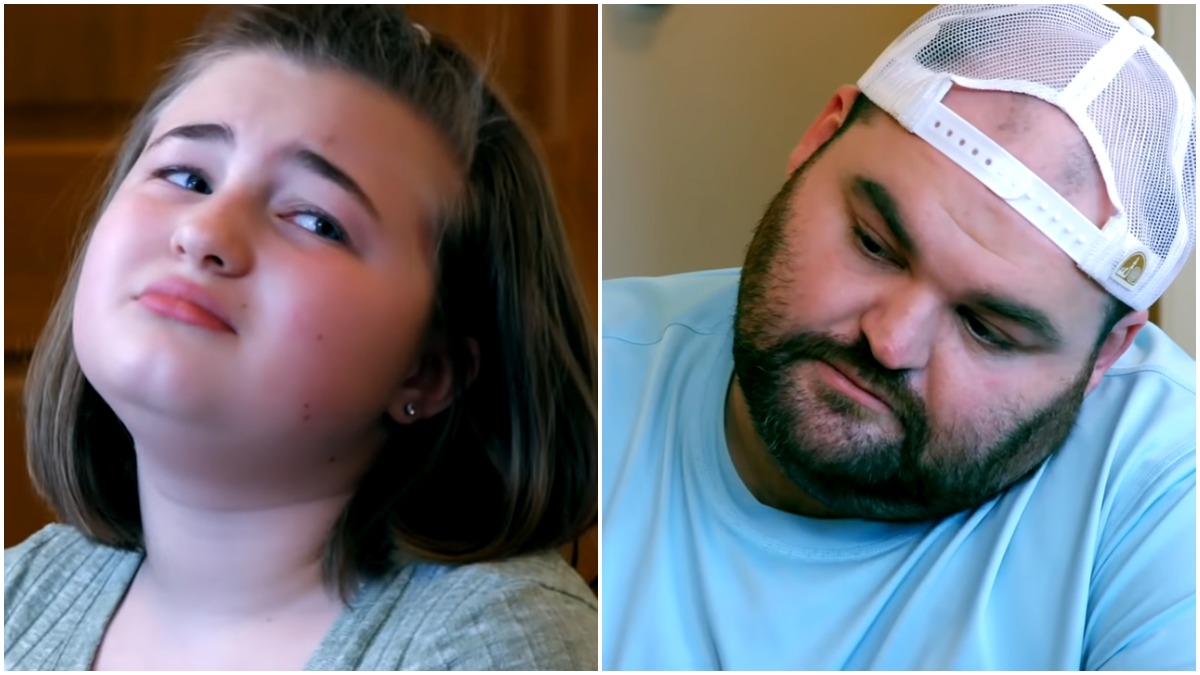