On the upcoming episode of 90 Day Fiance, Yara Zaya and Jovi Dufren shop for wedding rings for their Las Vegas wedding.

While wedding planning is stressful enough, Yara and Jovi experienced an extra level of pressure when they put off their wedding ring shopping until the day of their wedding.

Will it be enough time for Yara and Jovi to pick out the perfect bands?

Yara and Jovi argue over rings

Yara and Jovi haven’t had the smoothest time in Las Vegas so far, and this doesn’t change when they go wedding ring shopping.

Yara and Jovi were joined by Jovi’s mom, Gwen Dufren.

At the top of the scene, Jovi walks into the jewelry story declaring, “So we’re getting married in less than 24 hours and we need rings.”

When the sales associate asks what kind of rings they are looking for, Yara jokes that she wants a “ten billion dollar ring.”

Yara expresses her frustration about the last-minute wedding ring shopping during a confessional interview with Jovi by her side.

“I feel like it’s so much crazy that we need to go to buy a ring in the last minute,” Yara vents. “Usually people do that like months, months before.”

Jovi then gets defensive and says that if there is anyone to blame, it is her.

“Why are you blaming all of this on me? There’s two people who planned this wedding. It’s not just all on me. It’s your fault too that none of this is scheduled,” he retorted.

“Usually, actually, a woman plans the wedding,” he replied, to which Yara has no response.

Yara picks out a ring that Jovi claims looks particularly expensive. The two have a tense moment as Yara tries on the ring.

After Jovi finds out the ring costs $1,200, he expresses that he didn’t plan on spending that much.

Gwen takes her future daughter-in-law’s side and believes the right ring is worth spending money on.

“I don’t understand why Jovi wants to do this cheap ring,” Gwen expresses during a confessional interview. “A cheap ring to me means the wedding means nothing. The meaning behind the ring is, I don’t know if he gets it. He needs to understand that ring he’s gonna put on her finger should stay there forever.”

Jovi counters in a separate interview that he doesn’t see the point in splurging on rings.

“A ring for me is not important. It’s not something I put much thought into. I already bought her an engagement ring. I don’t want to buy another expensive ring,” he shares.

Did they leave with rings?

Despite the tension between Yara and Jovi when she was trying on rings, the couple does end up finding wedding rings.

Ultimately, Yara says she prefers the pricier ring. While Jovi seems hesitant, he ultimately gives in to buying the ring explaining that he wanted to make up for the previous night.

Jovi, meanwhile, settles on the first ring offered to him.

Stay tuned to watch the scene play out in the upcoming episode of 90 Day Fiance. 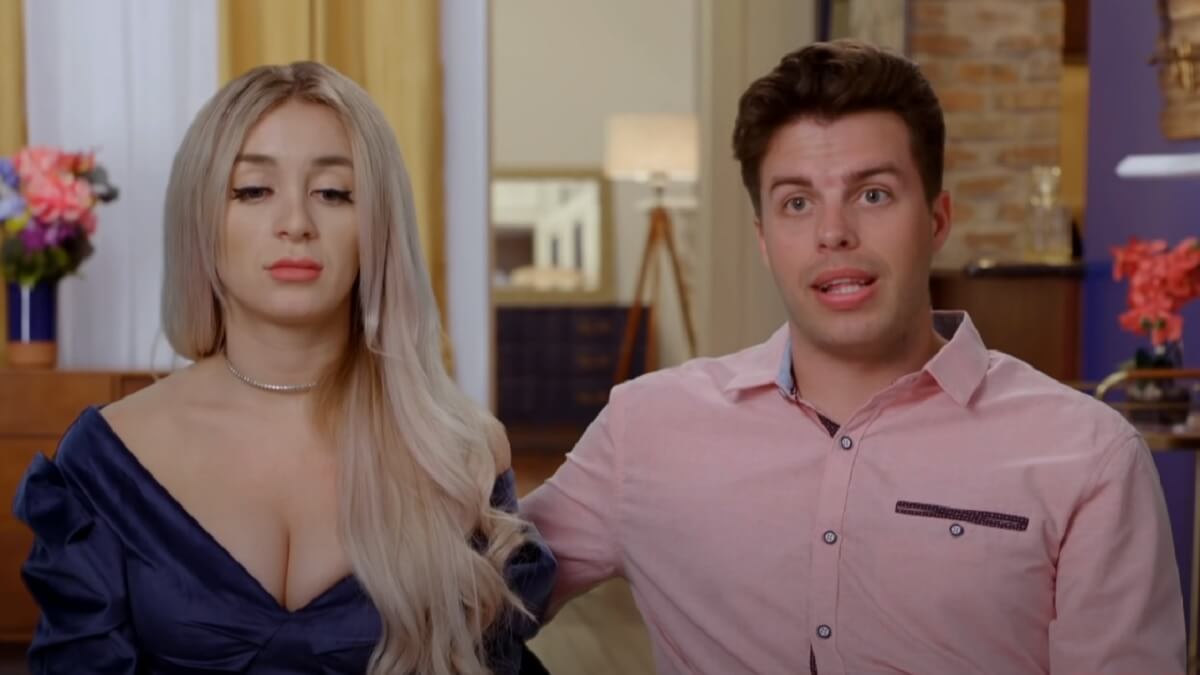