SPOILER ALERT: If you haven’t yet viewed Episode 8 of AMC’s Fear the Walking Dead Season 6, you might not want to read further if you wish to avoid spoilers.

Episode 8 of Fear the Walking Dead was a real kick in the guts for fans.

While many suspected that Madison Clark (Kim Dickens) might be returning, the truth of it was much more devastating for fans of John Dorie (Garret Dillahunt).

Not only did the entire episode focus on John’s suicidal state of mind, but it also culminated with his death at the hand of Virginia’s (Colby Minifie) sister, Dakota (Zoe Colletti).

Many fans did not expect the fan-favorite character to meet such a grizzly end. And, just when it seemed like he would claw his way back from death and get rescued, it was too late and his wife, June (Jenna Elfman), had to put him down.

Immediately, viewers took to social media in order to voice their opinion on John’s untimely departure from the TV series.

“‘The Door’ is truly beautiful, haunting, depressing, and will shatter your heart. @garretdillahunt did such an amazing job with his performance as John Dorie,” one person wrote on Twitter. “He lights up the screen everytime. The tension is at all time high. I’m broken.”

Many other fans also spoke of how much they enjoyed the character of John Dorie and/or how they will miss him when the show returns next Sunday night.

While many viewers were devastated about the loss of John Dorie, according to the actor, this scenario had been in development for some time now.

Speaking to Entertainment Weekly, Dillahunt revealed that John’s death had been on the cards since Season 5 of Fear the Walking Dead. The actor also revealed that his departure was actually his idea.

“I get a little antsy after a while, and I’m not a kid anymore, and I have some things I wanted to do. And I’m just fortunate it worked out,” Dillahunt explained.

He was also happy with the way his exit played out. Particularly, he was impressed with how his final scene involved him as a zombie and his wife having to be the one to have to put him down.

“They wanted to lengthen that, those last moments between John and June,” Dillahunt said.

“And it almost seems tender. You’re like, “Is there a little bit of John left in there for a second? Is he fighting it for a little bit harder? Is that a caress on her leg? Or is he trying to grab her and eat her?'”

Episode 8 of Fear the Walking Dead was expected to be the mid-season finale. However, the global coronavirus pandemic meant that filming had to be halted just two days shy of completion. This meant that the final poignant scene was filmed much later, and all involved had to remain tight-lipped about what happened.

“It’s been more than a year that we’ve had to sit on this secret. So I’m going to be quite relieved when the thing airs,” Dillahunt admitted. 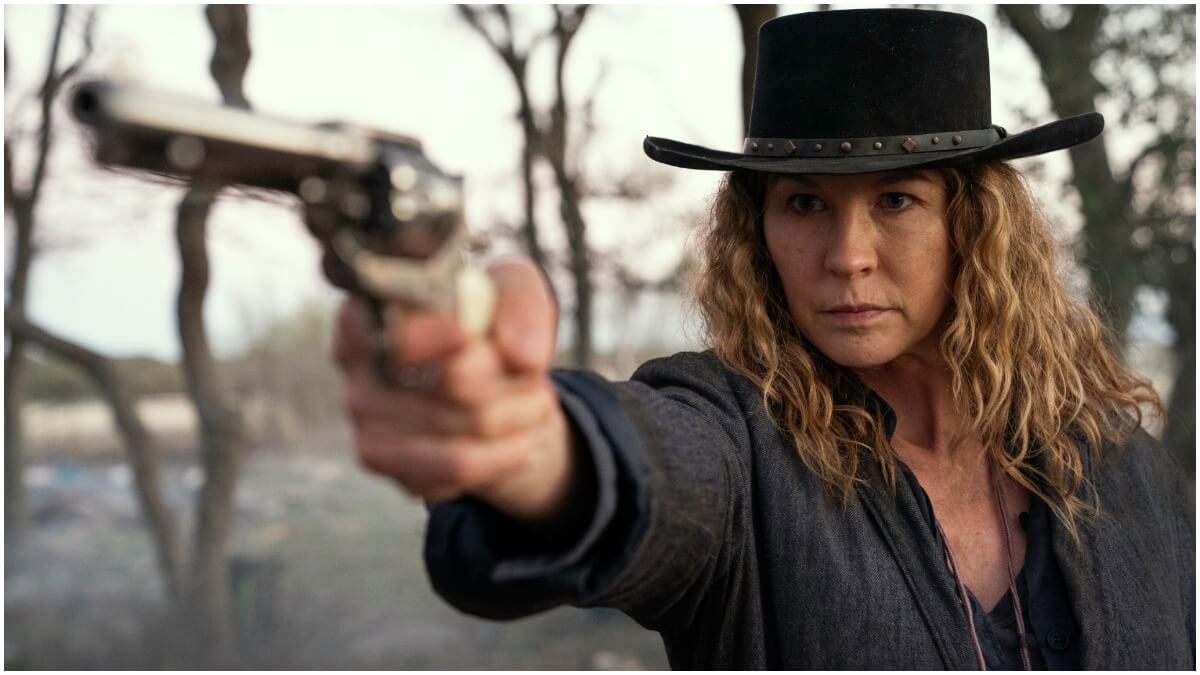 Fear the Walking Dead Season 6 spoilers: Episode 13 sees June going off on a solo side quest