It’s quite crazy to think Lily Allen first made her chart debut nearly 15 years ago. It was the summer of 2006. It was all about picking your top 8 friends on Myspace and making sure the song on your profile made you look cool.

When Allen uploaded her early demos to the social media platform, she quickly got recognized and gained herself a loyal following. Since making her mark on the industry, her influence can be heard in many artists that came after her — Troye Sivan, Dua Lipa, and Marina and the Diamonds — as well as others that came before her.

Allen is considered one of the UK’s leading ladies, and she has many accolades to boast about it — three No.1 singles, two No.1 albums, 10 top 10 singles, four BMI Awards, three Ivor Novello Awards, a BRIT Award, nominations at the Mercury Prize Award and Grammys, and a best-selling memoir.

Her music has connected with audiences all around the world and helped her collaborate with a number of international stars, including Common, P!nk, and BENNE.

To date, Allen has only released four albums, which says a lot about her as an artist and songwriter. She’s all about quality over quantity.

This list will delve into her back catalog and will rank her albums from “worst” to best.

Listen, Allen doesn’t have a sh*t album. All of her records are enjoyable. However, Sheezus is definitely at the bottom of the list. And it would probably be on hers too, if she was to give fans her own ranking.

Allen has previously admitted that her least favorite song of her career is the album’s second single, Air Balloon, per NME. In an Australian interview with Fitzy and Wippa, the songstress explained she didn’t want the song ever to be heard by her label in the first place, and we can kinda see why.

2014’s Sheezus was Allen’s first album in five years and her second chart-topper. She had then recently just become a mom to her two daughters — Ethel and Marnie — and decided to return to the world of pop.

Although the record sonically is a little all over the place, there are a lot of gems. The LP’s first single, Hard out Here, remains one of Allen’s most underrated singles.

The bouncy-pop feminist anthem is considered a favorite amongst loyal fans and contains some of her most outspoken lyrics to date.

Another single that doesn’t seem to get the attention it deserves is Our Time. The fun, carefree tune is a chilled-out party banger that features an Alanis Morrisette Ironic-inspired video that shouldn’t go unwatched.

The album’s title track, which kicks off the record, cemented Allen’s status as one of music’s best songwriters. Described as an “anti-pop” song, its sarcastic chorus praises Lady Gaga, Rihanna, Katy Perry, Beyoncé, and Lorde while wanting them to take their crown.

The songstress told Rolling Stone in 2014 she wanted the song to be released as a single, but due to it not being “up-tempo enough” and having the word “period” in it, the idea was rejected.

Another song worth mentioning is Insincerely Yours, an album track that was also robbed from being a single.

Other notable songs: Life for Me, Silver Spoon, URL Badman

It’s Not Me, It’s You was released in 2009, three years after Allen was introduced to the world and became her first No. 1 album in the UK and overseas. I’ll admit, I feel a little dirty placing this album in third place because it’s pretty perfect, but as I said, Allen doesn’t have any bad albums.

The LP saw the singer take on a more ethereal/electronic sound, something completely different from her debut. The whole record was produced by Greg Kurstin and probably remains Allen’s most cohesive album for that reason.

When discussing the inspiration behind the album, she told Teen Vogue she “wanted to do something danceable, to make the gigs more interesting for me and the people watching.” Allen did exactly that and created a pop masterpiece.

The euphoric Everyone’s At It, which was originally going to be the lead single, has aged like fine wine and is the hit song that never was. FYI, it also has an epic remix by Nathan C & Eddie Kid.

In the end, Allen chose The Fear to become the first single, which is arguably the best pop song ever written. Not only did she predict Instagram culture over 10 years ago, but its tongue-in-cheek/ironic lyrics have stood the test of time.

In fact, most of the songs on It’s Not Me, It’s You have aged really well, and Kurstin’s crafty production skills have a lot to do with that. The country/blueglass-infused single Not Fair was another career highlight for Allen and stands out on the album for all the right reasons.

And of course, there’s F*ck You, which will always be THAT anthem.

There isn’t a bad song on It’s Not Me, It’s You, and a lot of its album cuts — Chinese, Back To The Start, and I Could Say — could easily serve as singles.

Alright, Still is the album that made me fall in love with Allen and the one that holds the most sentimental value. While It’s Not Me, It’s You is a more solid body of work; this was the record that started it all and will forever remain special.

Allen’s classic No.1 single, Smile, set the tone of the LP incredibly well and instantly showed off her witty way of writing songs. The ska/reggae-influenced record paved the way for the likes of Kate Nash and Eliza Doolittle, who clearly benefited from the release.

Pretty much every song on the album is a highlight, minus Alfie, which kinda slapped at the time. LDN just screams summer, while Nan You’re a Window Shopper (the b-side to LDN that was an album track internationally) is complete genius. Everything’s Just Wonderful is bubblegum pop at its finest, and Knock ‘Em Out is iconic.

Alright, Still hit the shelves in July 2006 and was an instant success, debuting at No. 2 in the UK and No. 20 in the US. To date, it has sold over 2.6 million copies worldwide, making it her best-selling album, per Top40-charts.

Allen’s most recent album, No Shame, dropped in June 2018 and was her first album in four years. After Sheezus, she took a little break from music and No Shame heavily reflected the rough couple of years she had been dealing with.

During the Sheezus era, she had been suffering from post-natal depression, and later on, Allen had an incident with a stalker and also had to deal with splitting up with her ex-husband.

No Shame is an emotional listen from start-to-finish and Allen’s most raw. Fans had been waiting for the album for some time, and boy, was it worth the wait.

No Shame featured a much more stripped-back production throughout and relies heavily on the lyrical content. Apples, Three, and Everything to Feel Something are some of her most heartbreaking songs, while Waste, What You Waiting For? and Trigger Bang have hints of her sound from the early days.

No Shame isn’t all sad though, My One is a light-hearted bop about trying to find a perfect relationship which is followed-up with Pushing up Daisies, a sweet and wholesome song about finding love again.

Commercially, No Shame wasn’t a huge success, but it still resonated with her listeners and received critical acclaim.

As mentioned many times within this list, Allen is a lyrical genius, and this album tops everything she’s ever done. It’s sincere, honest, and touching.

Allen’s previous bodies of work have poked fun at situations. No Shame is the complete opposite. This is not a project full of singles made for the radio; it’s a story that has to be played from the beginning and listened to until the end. As mentioned on Twitter, it’s also Allen’s favorite album she’s made. 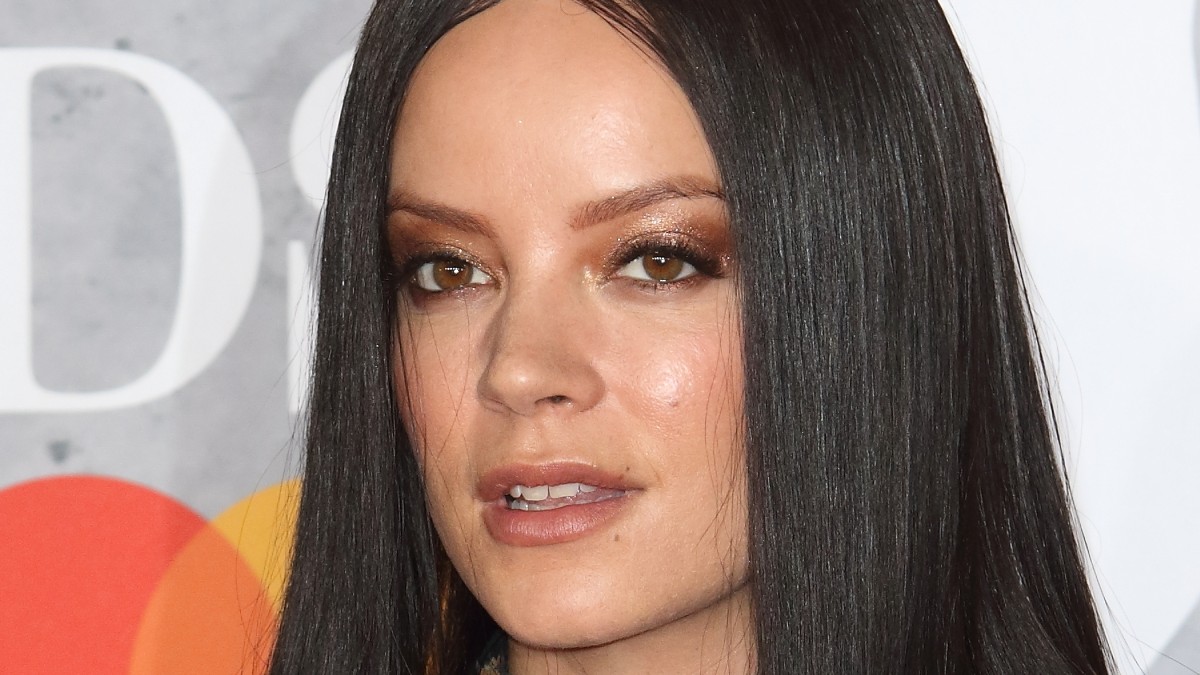