Amy Poehler’s latest movie has been making waves across the internet. Moxie dives into the lives of modern-day high school teenagers, highlighting the good and bad of their behaviors as the main protagonist decides to start distributing a feminist magazine.

Starring as Emma Johnson in Moxie is the actor Josephine Langford.

Who is Emma Johnson?

Based on a novel by Jennifer Mathieu, Moxie tells the story of Vivan (Hadley Robinson), “a shy 16-year-old who finds inspiration from her mother’s rebellious past and anonymously publishes a zine that sparks a school-wide, coming-of-rage revolution.” However, while Vivan is the main protagonist in this story, Emma Johnson plays a crucial role.

At first, Emma is introduced as a popular cheerleader who has no interest in joining the Moxie Club’s uprising. In one scene, she’s seen listening to the group chat but she doesn’t make an effort to join.

She was voted “Most Bangable” on the unofficial superlative list distributed by students at the beginning of each year.

Towards the end of the movie, Vivan comes across an anonymous letter, addressed to Moxie. The letter states that the anonymous writer was raped and doesn’t know what to do. The writer shares, “This is probably a mistake but I don’t know who else to turn to.”

During an impactful walk-out led by Vivan and Moxie, Emma announces that she was the writer of the letter and that she was raped by the school’s “Athlete of the Year,” Mitchell Wilson (Patrick Schwarzenegger). She stands up in front of the crowd and tells her story to all of the gathering students. She said, “It felt like Moxie was the only one who was listening.”

She tearfully recounts how painful it was to go through that experience and then be voted “Most Bangable” by the school. She said, “I’m angry and I want to scream,” which resulted in a cathartic scream from her and by all of the angry leaders in the crowd.

What else has Josephine Langford been in?

Prior to Moxie, Australian actress, Josephine Langford starred as the lead Tessa Young in the After series, which so far includes four movies, two of which are still in the production process. She also starred as Clair Singer in one episode of Hulu’s Into the Dark.

Langford has a very passionate fanbase on Twitter and many of her fans have been praising her latest role as Emma.

One fan account, who describes itself as a “safe place for Josephine Langford stans,” shared her favorite images of the actor in Moxie. They captioned it, “Josephine Langford knows how to make us feel what Emma is feeling. Her acting skills are so amazing, she is literally so talented and I hope she knows how proud I am.”

Another wrote, “You don’t know how powerful she is. Hopefully, there’s a Moxie 2, so we could see how Emma will rule the school.”

Commenting on her role to TooFab magazine, Langford shared some tidbits of wisdom. She said, “Just because someone is the head cheerleader at school and it seems like they have their lives together and they’re pretty or they’re smart, that doesn’t mean anything. It doesn’t mean that their life is perfect.”

That message is one that is repeatedly hit in the comedy-drama Moxie as throughout the movie, the young activists learn the importance of inclusion and not judging a book by its cover. 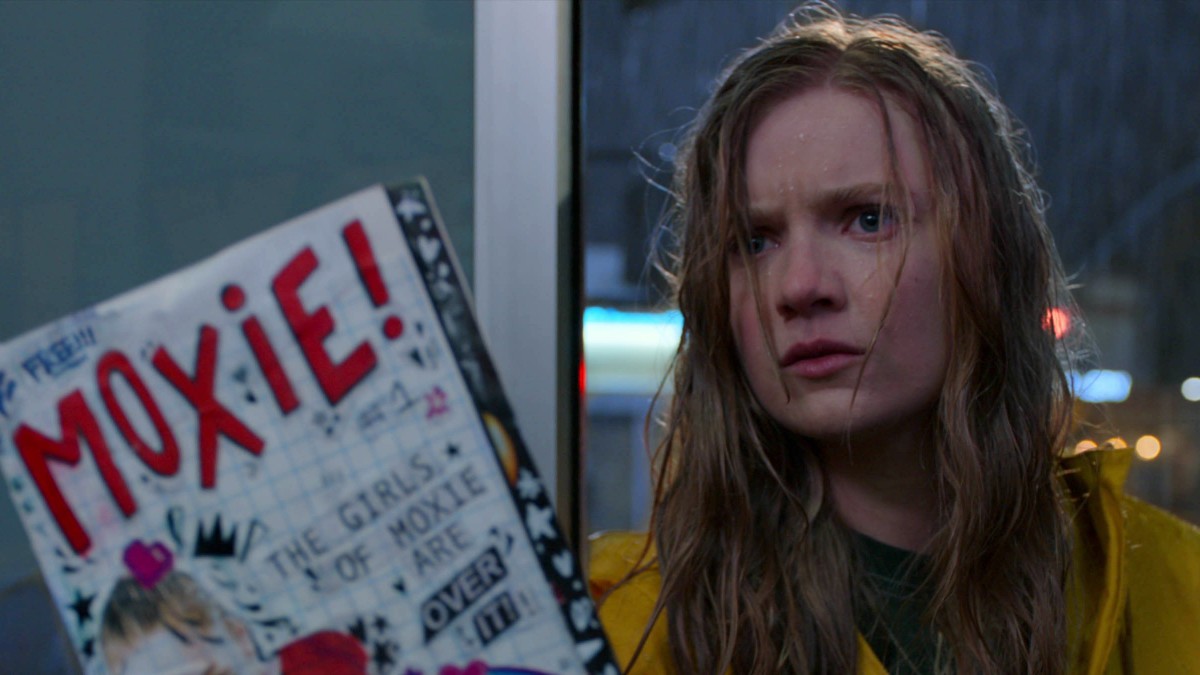