While interacting with his fans during an Instagram Live session earlier in the week, Rapper 50 Cent (Curtis James Jackson III) said he would choose Tekashi 6ix9ine over his biological son Marquise Jackson.

During the live session, a fan asked 50 Cent whether he’d “seen his son yet.”

50 Cent appeared to have assumed the fan was asking about his “son,” Tekashi 6ix9ine, recently released from prison due to the coronavirus pandemic,

The Candy Shop rapper, who recently received a star on the Hollywood Walk of Fame, took the opportunity to take a shot at his biological son, Marquise Jackson.

50 Cent says he would choose 6ix9ine over his biological son. pic.twitter.com/Ap6W4Vjp7r

Who is Marquise Jackson?

Marquise Jackson is 50 Cent’s eldest son with Shaniqua Tompkins. He was born in October 1997.

50 Cent has a younger child named Sire, his son with Daphne Joy.

50 Cent and Marquise have been estranged for years. The pair engaged in heated exchanges on social media multiple times.

In 2018, 50 Cent shocked his fans when he said he wouldn’t regret it if Marquise was hit by a bus.

The rapper, who played Kanan on Starz’s Power, made the shocking statement while reacting to an Instagram pic showing his then-21-year-old son hanging out with Kyle, a son of his rival, Kenneth “Supreme” McGriff.

Marquise, who is also a rapper, dissed 50 Cent in his debut single Different, released in 2017. He rapped that he lost his dad even though he’s still alive.

Why does 50 Cent hate his son Marquise Jackson?

50 Cent and Marquise’s mother, Shaniqua Tompkins, had a tumultuous relationship after Jackson was born.

Tompkins filed a $50 million lawsuit against 50 Cent in 2008, claiming that the rapper promised to support her and share his wealth.

After the judge dismissed the lawsuit in 2009, Tompkins and 50 Cent continued to feud.

Marquise and 50 Cent shared a close relationship when he was younger. After Marquise was born, 50 Cent said that having a son changed his outlook in life and that his priorities had changed.

He even tattooed his son’s name on his right bicep, according to Hollywood Life

“When my son came into my life, my priorities changed, because I wanted to have the relationship with him that I didn’t have with my father.”

But they drifted apart as Marquise grew older. It is believed that feud between father and son was an offshoot of 50 Cent’s feud with Marquise’s mom, Shaniqua Tompkins.

Marquise revealed in an interview with Rap-Up in 2017 that his father used to be his hero, but he started seeing his faults as he grew older.

“Growing up, my dad was my superhero. It was like having a father who was Superman, more or less. But then, as I got older, you start realizing things or you start seeing certain patterns and it takes an effect on your relationship with people.”

Although 50 Cent does not have a good relationship with his eldest son, he is on good terms with his younger son, Sire, who is 7 years old.

50 Cent reportedly paid $100,000 to shut down a New Jersey Toys “R” Us store when Sire went on a private shopping spree in December 2019 to celebrate his birthday. 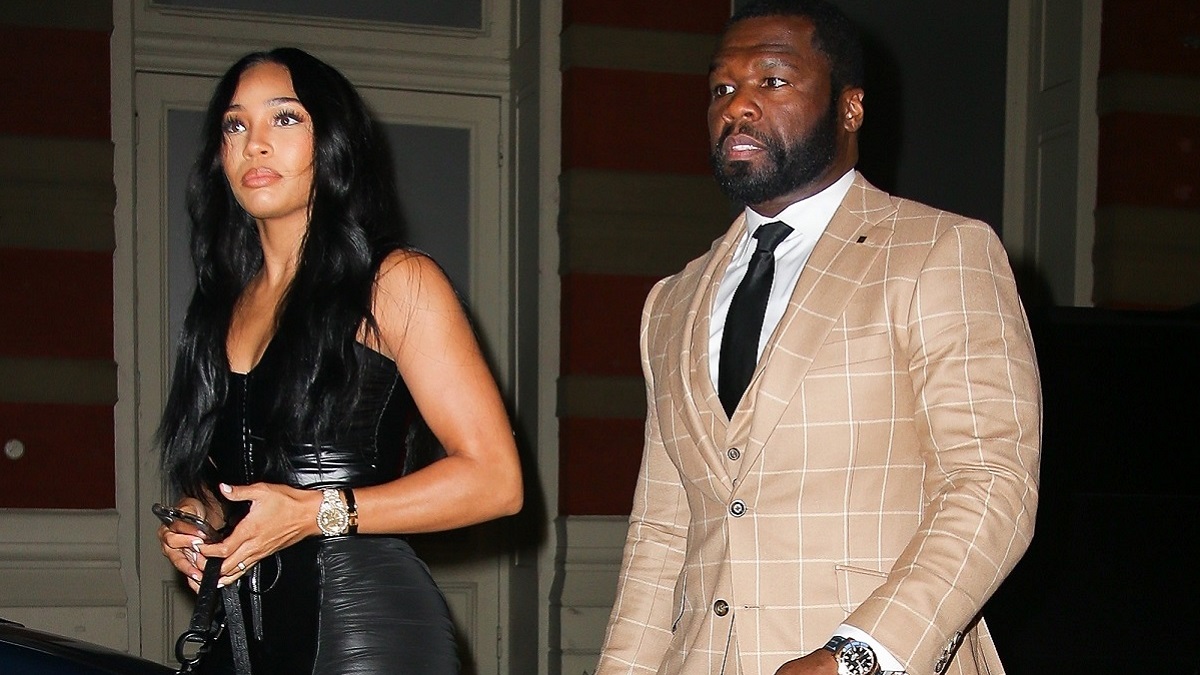