If you are reading this article, then there is a good chance that you are a fan of Doctor Who.

And why wouldn’t you be? For what better way to spend your time than following the Doctor as he gallivants around the universe in pursuit of the interesting and dangerous.

As we all know, everybody’s favorite time-lord regularly runs into an assortment of fascinating foe.

In this top ten list, we break down the top ten scariest Doctor Who monsters, and where you can watch them!

Richard Lazarus started as a man who feared death. This led him to creating Lazarus Laboratories, which gave him access to the technology he needed to create a Genetic Manipulation Device.

He wasn’t able to complete it until he was seventy-six, but once he used it, he stepped out of the machine as a much younger man.

Where does the monster aspect come in? Well, there were some side effects.

Dormant genes in his DNA were activated during this sequence, and turned him into a monster that needed human life energy to sustain himself.

If you are looking for a scare, just wait until he transforms!

Similar to number eight on our list, the Empty Child was a technological “plague” that infected London in 1941.

A child named Jamie was dying, but was saved by nanogenes that healed him.

However, they also gave him superhuman strength, telepathic abilities, and the ability to communicate through any speaker.

Because he was wearing a gas mask when he was healed, it was fused to his face.

The Empty Child was always searching for his mother, which led to some very creepy scenes with a child repeatedly asking, “Are you my Mummy?”

While he searched, he infected those around him — first through touch, then it became airborne.

A league of zombies wearing gas masks? Not cool.

The Flood, seen in the episode The Waters of Mars, won a Hugo Award in 2010 for writers Russell T Davies and Phil Ford.

It follows the Tenth Doctor, as he arrives on Mars to enjoy the scenery, but is detained by a human team from earth.

Rather than a monster, this time it is a virus that is infecting the water of Mars.

Once infected, the victims are constantly losing water, pouring from their hands and mouth.

Their skin would begin to crack, their teeth blackened, and they continued to turn into zombie-like creatures.

This extremely infectious and deadly disease is better understood after watching the episode.

Gangers, formed from Doppelgangers, were clones created by humans from a substance called the Flesh.

They started as a way for humans to work in extremely hostile environments, without worry of damage.

If they gangers were ever injured, they could be recreated. They were controlled by the humans through a special telepathic network.

If you are looking for a scare, watch The Rebel Flesh. A solar flare causes these clones to gain sentience, and the Doctor is forced to mediate between the original workers and their doppelgangers. It isn’t pretty.

We are first introduced to the Weeping Angels in the episode, Blink.

While it does not involve much of the Doctor, it is often recommended as the first episode for those interested in the show to watch.

This extremely powerful species is on our list because of their curse — they can only move when you are not looking at them.

But they are fast. However, they are sometimes merciful — instead of killing you, they might just send you into the past to live out the rest of your life, while they feed on the remaining energy.

Other times, they snap your neck.

The Silence refers to an organization created by Tasha Lem, with one goal in mind: Kill the Doctor. Specifically, the Eleventh Doctor.

Now, the why cannot be explained without some spoilery bits, but it is the priests of this organization that ranks them as number five.

Some members of this organization are part of a genetically engineered priests, who are able to manipulate others into doing their bidding.

The scariest part? You only remember the Silent when you see them — as soon as you look away, they are completely wiped from your memory.

Unlike the others on our list, the creature known as “the Midnight Entity” was never given a form. It is only seen as a shadow crossing the landscape.

It only appeared once, in an episode entitled, Midnight. The Doctor is a passenger on a tour to the Sapphire Waterfall, when the tour bus stops working. After it rips open the cockpit, it possesses one of the passengers.

This mysterious form was so terrifying because of its ability to learn and manipulate.

The Doctor is several hundred years old, and yet had no idea what the creature was or if they managed to kill it.

You do not want to miss this episode.

When you first see a Dalek, your first reaction is likely to laugh. They are wholly unique in regards to their design, and their robotic British accent is quite funny.

But then they start killing people with one zap of their lasers and it isn’t so funny anymore.

Despite their appearance, Daleks are a warrior race. Though they look robotic, they are in fact cyborgs.

Daleks are extremely xenophobic, and want to “exterminate” anything in their path to universal domination.

Despite being bested by all twelve of the Doctors at one point in time, they keep coming back.

The Cybermen have been seen multiple times throughout Doctor Who. Some Cybermen originated from a planet called Mondas, which according to an earlier storyline, is Earth’s former twin planet.

Other Cybermen were designed by John Lumic, the owner of Cybus Industries, and created by painfully removing the brain of a human and implanting it into a robot.

These top our list because of how difficult it is to kill them, and their lack of emotions.

Their only goal is to “upgrade” every human into Cybermen, and they come quite close.

Check out the Rise of the Cybermen with the Tenth Doctor to watch the end of the world.

The Vashta Nerada were first seen in the episode Silence in the Library with the Tenth Doctor.

They are microscopic creatures that are harmless on their own — no bigger than a particle of dust in the air.

But when they swarm, they become deadly and are capable of stripping a creature to its skeleton in milliseconds.

Okay, okay, that sounds terrible. But why is it on the top of our list? Because the Doctor himself believes they have no weakness — they could not be killed.

When the Doctor says the only choice is to run, you know it must be bad. 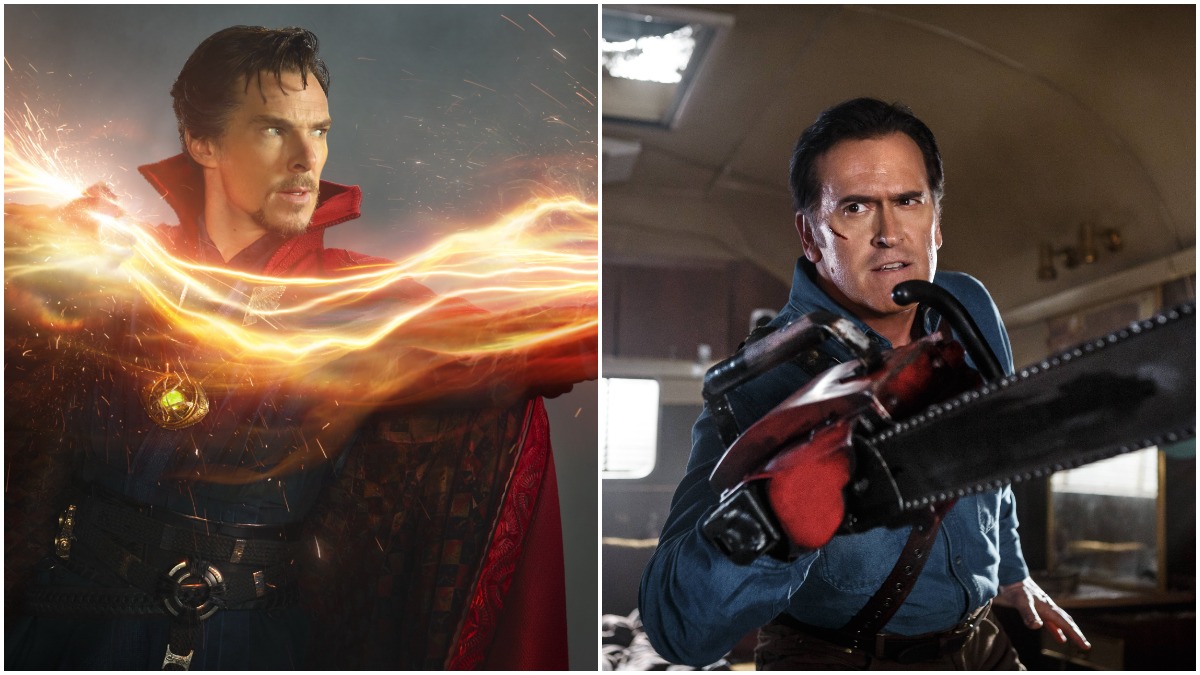