Things got very heated between Joe and Melissa Gorga during the latest episode of the Real Housewives of New Jersey.

Their tense altercation during a car ride with the cast highlighted some cracks in the couple’s marriage.

However, Melissa and Joe had to put things on pause in order to celebrate the memorial for Joe’s beloved father, Giacinto Gorga, affectionately known as Nonni.

But nothing has been resolved between Joe and Melissa and more will play out as the season goes on.

Things may have calmed down a bit between Joe and Melissa but the couple still has a lot of issues to work through.

In last week’s episode, Joe reminisced about the relationship between his parents and how it compares to his marriage with Melissa.

“My parents were so in love and they were so devoted to each other,” confessed Joe. “My marriage with Melissa reminded me of my parents–until this past year.”

He continued, “You get too much success, you become a different person. I call fame the devil. The devil comes into your soul and you forget who you really are.”

Joe later talked with the other Jersey husbands and he seemed to be giving up.

“Alls I can say is that I gave it a hundred percent,” said the dad-of-three to the men.

“I don’t even wanna talk about it anymore,” commented Gorga.

While Joe was dishing about his marriage with the men, Melissa was having her own conversation with the women.

Margaret Josephs and Jackie Goldschneider witnessed the argument between Joe and Melissa during the car ride and they were in the midst of comforting the Real Housewives of New Jersey star when Joe walked into the room.

“Nobody said nothing bad about you,” said Joe to his wife. “I think you’re just too involved in work. You need to realize what is happening to you.”

“I feel so bad when you say that,” retorted Melissa. “What did I do wrong to you?”

As Melissa tried to get to the bottom of things, Joe was over it. ” I don’t wanna talk, it’s over,” he said.

“No it’s not over to me because, guess what, this is the best you’re gonna get,” remarked the RHONJ star. “It’s not a f**king joke, it’s real”

Despite the heated argument the couple had to put the drama aside to attend the memorial for Joe and Teresa’s dad.

But we have a feeling things will continue to heat up until Joe and Melissa resolve their issues once and for all. 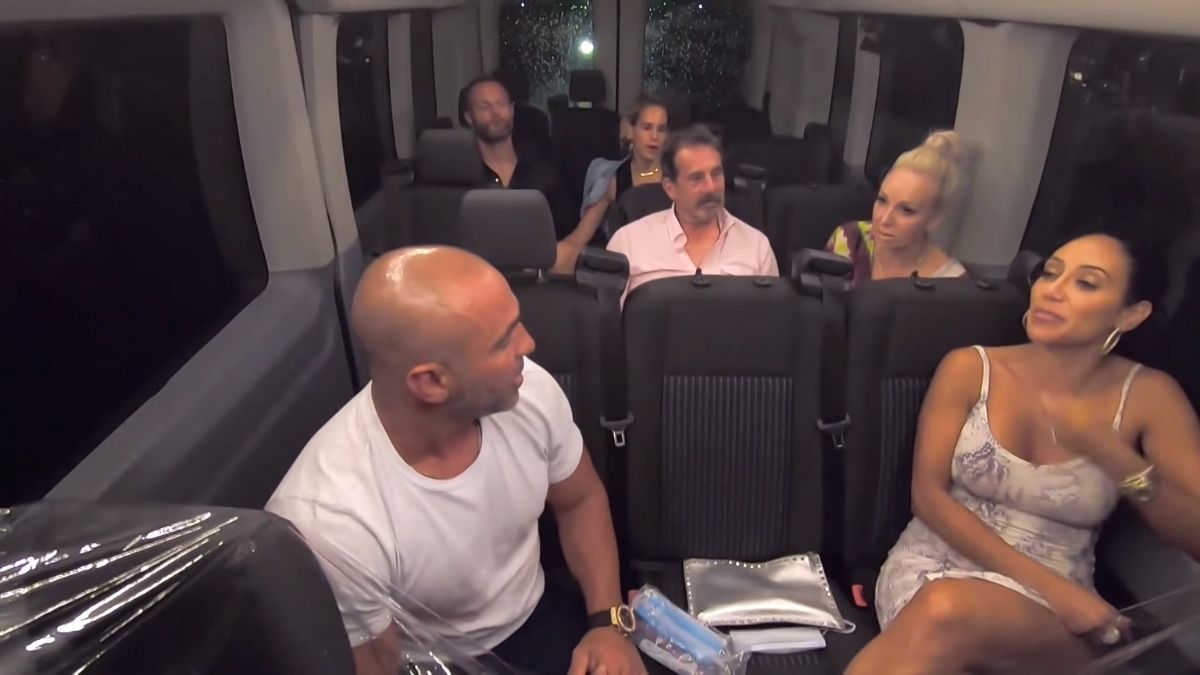