As the temperatures rise in the South Pacific, so do tempers on FOX’s Kicking & Screaming.

Last week, everybody was buddy-buddy. That didn’t last long.

“The first hot day of summer in any city is the most murders you’ll have all year,” John, the mercenary, says.

He’s not wrong. And people are getting really hungry, too. #Hangry

He and his novice partner won last week’s prize, but the high from winning, and getting to eat, didn’t last long for Nakeisha.

Apparently, this is a regular thing around camp.

Wow. Not sure I’ve ever seen that happen before. Bahaha!

So the episode starts with Hakim telling us all about how he’s a ninja. And it’s hilarious.

I mean, I’m sure the guy is totally serious, and legit. But he’s hysterical too.

“I have not told anybody in the camp that I’m skilled in psychological warfare. And that I’m a ninja. I’m confident that my ninjanuity and my ninjaneering can be used to assess other people of their weaknesses and their strengths really well,” Hakim says.

He makes his partner, Baywatch Angelica, meditate with him to draw out the best energy.

They have to pack their stuff, because they’re moving to a new campsite after the prize challenge.

It’s fun watching the survivalists telling their novice partners how to pack, and what to leave behind, and why they only need one bikini to wear.

As the winners of the last elimination challenge, Brady and Claire have the power to send a team to elimination.

They choose Hakim and Angelica to go up against whoever loses the prize challenge.

The prize is VIP treatment on an “exclusive private island”. While everybody else sets up a new camp. Not too shabby!

The teams each have to build a raft, using color-coded bamboo, and load it up with 50 pounds of coconuts.

Then they have to paddle downstream and deliver all 50 pounds of coconuts.

It would have been a really difficult challenge, but they provided a backup supply of coconuts for anybody who lost theirs in the water.

Terry, the Boy Scout, and his partner, professional gamer Natalie, have to use backup coconuts, but they still lose the challenge.

They spent the whole time yelling at each other.

He says he’s not terribly impressed with her ability to take direction.

“I can’t do everything, you have to do something,” Natalie screams at him.

She’s mean and nasty to him.

First person in this game to openly blame her partner, and call him out publicly.

At one point when they’re arguing, she alludes to the fact he’s been unkind to her. But we haven’t seen that. Editing?

Terry doesn’t seem like the type of person who would ever treat his teammate they way she’s treating him.

“You’re not going to accept responsibility for anything are you?” Terry asks.

Jason and Elaine win the luxury resort prize. They’ve got their acts together from the beginning, making the other teams look like amateurs.

“I respect his authorities and his expertise, it’s just a matter of listening to his coaching,” Elaine says.

They were first in the water with their completed raft, and they seem to work better together than any other team.

They use their time at the luxury resort to get to know each other better.

“Jason and I are the perfect partners. He’s like an extension of my husband,” Elaine says.

Meanwhile, back at the river, everybody is watching Terry and Natalie continue to argue.

Hakim’s thrilled to see Natalie and Terry having a tiff during playtime, ahead of going up against them in the challenge.

Brady teases Ben about his partner, Juliana, while they’re hanging out. She’s a model.

Then, Ben and Juliana are asked about a romantic connection in interview.

After playtime, they head to the new campsite. It’s not much of a hike. And the girls don’t appear to be carrying anything.

When they arrive, John takes the lead on setting up camp.

Brady coaches them on how, and where, to pee and poop.

Makes me wonder what was going on at the first campsite. Were they using porta potties?

Nakeisha has a complete meltdown during setup at the new campsite.

“Every day, we have one to two childlike outbursts,” John says, explaining how he’s putting up with behavior from his partner that he wouldn’t tolerate from his teenagers.

She doesn’t like the new campsite, and she says she wants to quit.

He’s here purely for entertainment, and it sounds like he’s not finding his partner fun to be with anymore.

“You’re not my dad,” Nakeisha says.

Yes, she actually said that.

“I’m sorry that you live like this. I’m not a swamp man. I don’t do this every day,” Nakeisha rages about her partner to Maxwell.

Max says he can see how she might rub the survivalists the wrong way because they’re all about work. And she’s not.

“I’ve been incredibly patient and I’ve played along the whole time…the only thing I haven’t done is yell at her,” John says, adding that Nakeisha needs to get her head into the game.

Maxwell tries to talk her into staying.

I’m not sure he understands that taking out John, via Nakeisha, greatly improves his chances at the game with Tamra.

After she calms down, and realizes she almost walked away from a lot of money in a snit, Nakeisha apologizes to John for being negative.

He’s so gentle with her after she’s been such a witch, it’s really impressive.

“If I got poopy like you do, we wouldn’t be in this game anymore,” John says, in a total dad voice.

“Maybe your parents put up with you stomping your foot…you’ve been doing that every day,” John tells her.

Nakeisha claims she hasn’t been doing that, but she’s wrong. We’ve been watching.

She earned her own hashtag for a reason.

John and Nakeisha talk FOREVER. Like from before dark until well after dark.

He talks to her like a truly caring parent, and by the time they’ve worked it out, you can tell she’s embarrassed.

“I will control myself,” Nakeisha promises. “I’ve never been in a really stressful environment, or been in a stressful situation.”

She says she’s not spoiled. And she cries.

“Tomorrow is another day,” John says, like a dad. Just not her dad.

The elimination challenge is first thing the next morning.

Angelica and Hakim feel ready to beat Terry and Natalie.

“I’m there, and he’s there, and then we just align it together. We talk. We meditated,” Angelica explains.

The elimination challenge is a strength and balance challenge, but it requires teamwork. They have to stand on a disk on a rope together.

“Those hugs look nice. It can be lonely out in the jungle,” host Hannah Simone jokes as the teams cling to each other over a mud pit.

Everybody hangs in through the first transition, but after 30 minutes on the lower platform, hands are getting sweaty, and their feet hurt from standing on top of each other.

Then Angelica slips when she and Hakim are trying to shift their feet around, and she’s down.

Terry and Natalie win the challenge, and the power to pick a team to send to elimination next.

“Natalie and Ben were spooning, and Natalie was the big spoon,” John says.

That should be interesting.

Best moment of the night

When producers were asking John, in interview, what he thought of his competitor, Terry, the Boy Scout.

“Terry’s a Boy Scout master and he takes that s*** seriously,” John laughs.

He can’t even keep a straight face about it in the interview.

Just watching him try to answer questions about Terry’s scouting is hysterical. He can’t get through an answer without cracking up.

It was like something off a bloopers reel – I’m so glad they included it!

What’s going on with Natalie’s bathing suit during the prize challenge? Must be a major wardrobe malfunction to have to blur her butt out through the whole thing.

How many of these survivalists are playing for charity? I’ve heard some of the ex-military men were playing for their favorite causes. I should look into that! 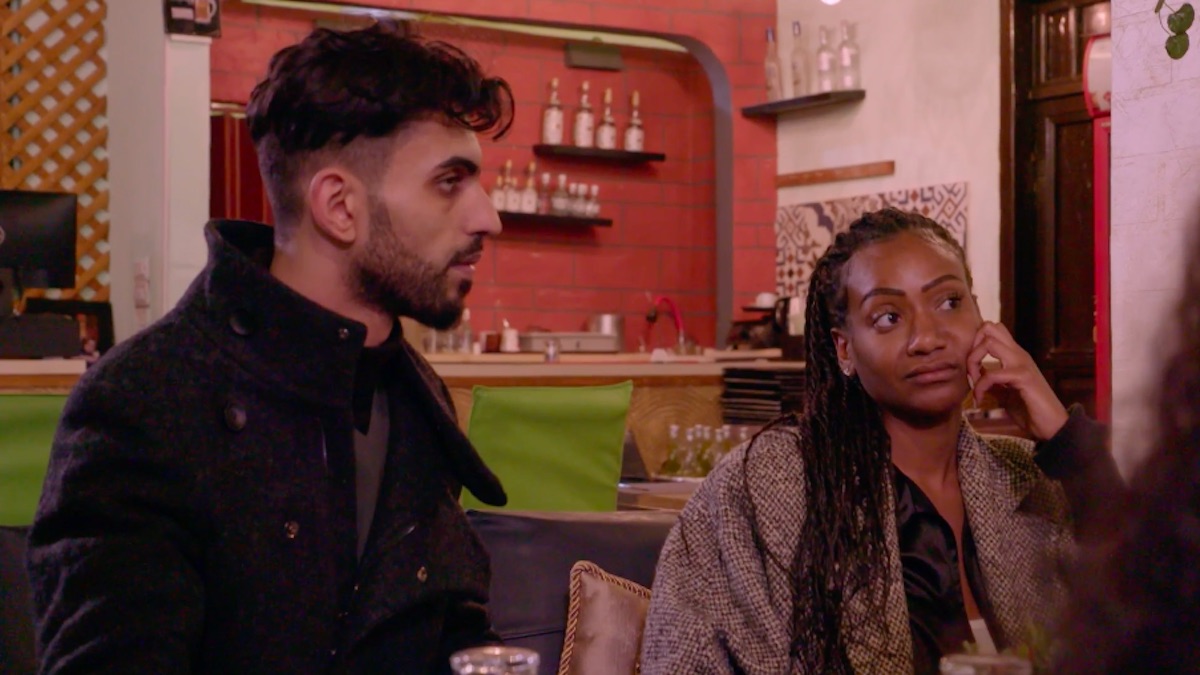