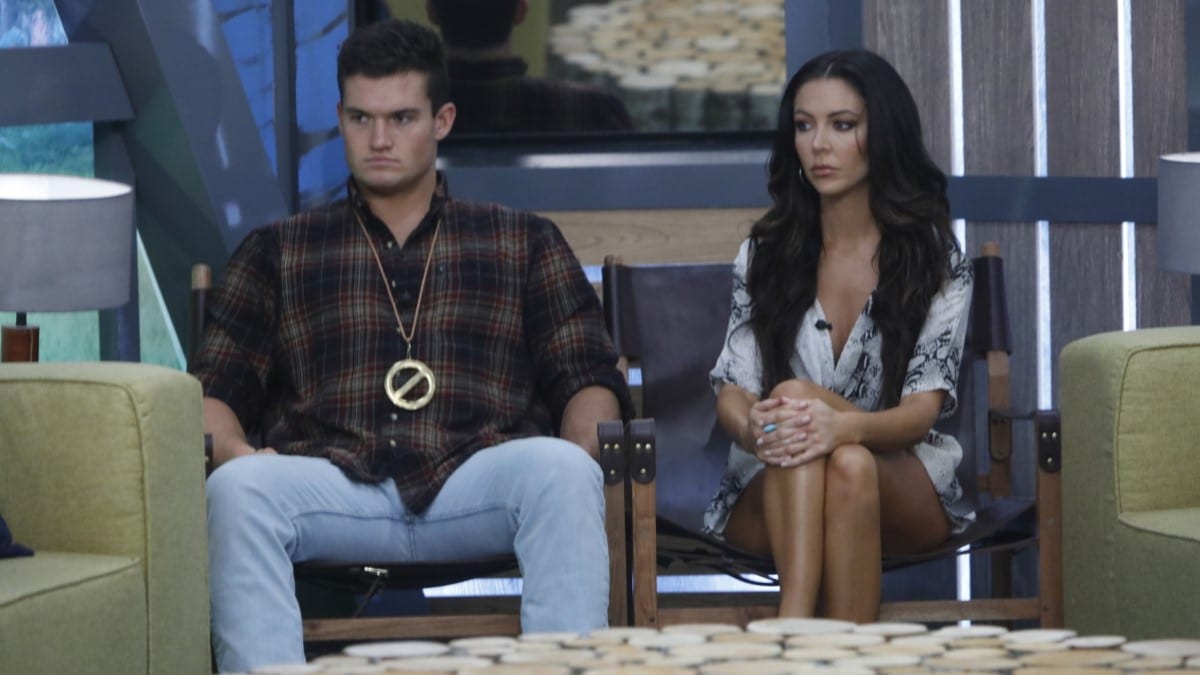 Fans wondering how the final three of Big Brother works need look no further. As finale night 2019 quickly approaches, it’s time to provide a quick rundown on how things will proceed for the next week.

Last night saw Cliff Hogg evicted and sent to join the BB21 jury. At least he saw goodbye messages. That took the summer 2019 cast down to Nicole Anthony, Jackson Michie, and Holly Allen. One of them is about to win $500,000.

Cliff becomes the eighth member of the jury, but one more person will join him before the jury can vote on the winner.

⁠⁠
Bonded for life! ❤️ A number of Big Brother 21 houseguests got together recently for ...

⁠⁠
Bonded for life! ❤️ A number of Big Brother 21 houseguests got together recently for some fun in New Jersey and New York, leading to more than a few photos getting posted on social media. Here are just some of them.✨Talk about a reunion! ⁠⁠
⁠⁠
"Although we didn’t go through this journey with our families, we found a family through it all," said BB21 contestant Holly Allen, who finished second place that season. "I’d do everything all over again if it meant gaining this family."⁠⁠
⁠⁠
Awwwwww ... just a little lovey-dovey stuff for your Thursday morn. ❤️ Catch more photos and details of this BB get-together at our #linkinbio!⁠⁠
⁠⁠
(📸: @misshollyallen/Instagram and @christie.murphy/Instagram)⁠⁠
--------------------------⁠⁠
#bigbrother #bigbrotherseason21 #bb21 #bbseason21 #bigbrothercbs #cbs #cbsbigbrother #bigbrotherreunion #bigbrothercast #gettogether #funtimes #likefamily #newyork #newjersey #happy #bonded #bondedforlife #hollyallen #family #realitytvstars #realitytv #reality #tv #explorepage #journey ...

Do you think #BBJackson made a smart game move? #BB21 pic.twitter.com/3eHtIlNlOG

How does the final three of Big Brother work?

With the final three, a three-part Head of Household Competition takes place. Part 1 happened already, with the winner advancing straight to Part 3. Now, the two losers of Part 1 will battle each other in Part 2 of the final HOH Competition.

The winner of Part 2 will also advance to Part 3. During the season finale of the show, the winners of Part 1 and Part 2 face-off in a live challenge to decide who becomes the final Head of Household. It happens in front of the live studio audience (for East and Central viewers).

Once a final HOH has been crowned, that person gets to select who sits next to them for the BB21 jury vote. It’s an important decision and one that has gone incorrectly for several houseguests from the past who have become the final HOH.

the longest week rages on..

me, I'm not complaining, I'm finally able to catch up a little Netflix here and there 🙃 pic.twitter.com/1TSvaUgMZG

When is Big Brother finale night 2019?

The Big Brother finale night is on Wednesday, September 25. It’s a 90-minute episode that begins at 9:30/8:30c on CBS. It’s a huge night for the network, as the lead-in program is the Survivor 39 season premiere.

During the season finale, one of the final three houseguests is going to be awarded $500,000 for becoming the Big Brother 21 winner. Someone will also get named America’s Favorite Houseguest and the voting on that is still open.