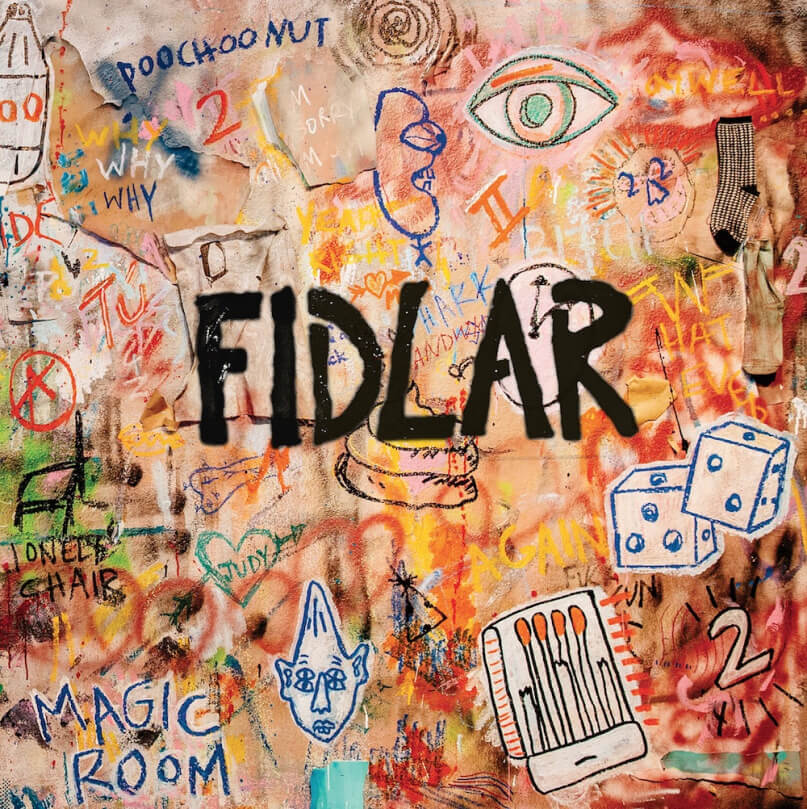 FIDLAR is music for the 16 year old kids who wear ripped up jean jackets, drink gross cheap beer, and smoke cigarettes because they think they look cool. They’re angsty and all they want is for some musician to yell at them, so they can mosh and get all their built up frustrations out. Trust me I know this. I listened to them as a 16-year old kid.

FIDLAR came to prominence in 2012 with the release of their single ‘Cheap Beer.’ That tune became the national anthem for all Southern California teenagers looking to party and rebel against societal standards. FIDLAR consists of members, Zac Carper, Brandon Schwartzel, Elvis Kuehn, and Max Kuehn. They’re fun and young, but strumming the same three chords and screaming about things that like cheap beer and one of your members not being able to surf is going to get really old really quick. With their newest album ‘Too’ they have progressed and added some pop-like melodies and danceable guitar riffs, but it quite frankly just doesn’t work.

The album is an emotional struggle of coming to terms with getting older and life moving quickly. Something we can all understand and relate to. The way FIDLAR does it is whiney and makes you want to pull your hair out. They make getting older seem like it’s something worse than it is, and the best thing to do about it to numb your pain with alcohol. In the opening song ‘40oz. On Repeat’ Carper yells, “I don’t care at all, I’ll drink some alcohol/ It’ll make me who I really wanna be.” I don’t have a problem with drinking alcohol, I have a problem with people telling young high schoolers who are easily influenced that drinking alcohol with make them the persona that they want to be.

The album progressively declines when we get to ‘Sober.’ Carper uses a vocoder in the beginning to distort his voice like an alien in a f**king PUNK song! Not only that, but they use unnecessary effects that do not match with the rest of the song. The first 45 seconds sounds like it’s going to be some weird experimental song when it suddenly turns into a more “classic” FIDLAR song. It’s a great moshing song, but that’s about it. “I figured as I got older that life just sucks when you get sober.” Truly not the greatest message to convey to young kids who might develop substance abuse problems someday.

‘Leave Me Alone’ is the same old rock song we have heard time and time again. Carper tells us all about how he’s too old to die young, and how he can’t burn out quite yet, he just wants to fade out and pretend he’s happy. It’s redundant and sounds sloppy. ‘Stupid Decisions’ is a slow paced song that sounds like they’re trying to be Wilco, and then completely ruin it by screaming “stupid decisions” in the loudest and most blood-curdling voice. They now contradict themselves and talk about how they regret and think that all their drinking and drug use was stupid. So, what should we actually be listening to?

Being a fan of FIDLAR this album exceeded all my expectations. When I heard they were coming out with a new album I expected that it would be exactly like their old stuff. Thankfully it wasn’t and I condemn them for going out of their comfort zone and trying something new, but they did not do it successfully. They have the right idea, but they have not been able to execute it properly. They’re on the right track with thinking outside of the box, but they need to set some boundaries on what they do well and what they do not.

RuPaul’s Drag Race Holi-Slay Spectacular: What is it and who is returning?