It’s hard to believe that it has been over a year since the first Knives Out movie was released. Premiering on November 27, 2019, in the United States, this murder mystery movie featured the beloved cast of Ana de Armas, Chris Evans, Daniel Craig, Jamie Lee Curtis, and Toni Collette.

While sequels for the movie have been expected after it garnered such high, worldwide attention, it was recently announced that Netflix is in the final steps of striking a deal that will allow them to distribute the following two movies in this new franchise.

What’s happening between Knives Out and Netflix?

According to sources at Deadline, Netflix is very close to finalizing the biggest movie deal in streaming history. They write that, as of yesterday, Netflix is currently “closing in” on a deal to acquire the rights for two Knives Out sequels.

In this deal, Knives Out creator Rian Johnson will return to direct and write the sequels and Daniel Craig will reprise his role as the private detective Benoit Blanc.

Deadline writes, “Sources said the deal will be worth north of $400 million, making it one of the biggest streamer movie deals in history.”

What to expect from the Knives Out sequels?

The first sequel is expected to begin casting immediately, as soon as the deal is finalized, and has been slated to shoot over the summer. It is unknown if the other actors from the first Knives Out movie will be returning to the screen or if the storyline will embark on an entirely new mystery.

Fans have suspected that each sequel will follow a new mystery, with the main connecting factor being Craig’s reprisal — much like the anthology series The Sinner.

While Johnson and Craig have not commented on this new information, the Knives Out Twitter page has offered some commentary. When the announcement went live, the account tweeted an ominous “what?” and has since made a hilarious meme.

The meme references the first movie and shows the characters Linda and Marta having a close conversation. Linda is labeled to be “N*tfl*x” [Netflix] and Marta is marked as the Knives Out social media manager who is “realizing that they won’t be part of Knives Out 2.”

The tense dialogue between the two characters reads, “I thought you should’ve been there. I was out voted.”

A tweet in response proclaims the Knives Out social media manager’s supremacy and shows the employee as the character Marta while making Netflix’s social media team the defeated Thrombey family. Multiple iterations of this tweet have been made and one was even retweeted onto the official Knives Out Twitter page.

Hopefully, there’s no bad blood between the two as fans would love to see the Knives Out Twitter page remain under its current control. The page has infamously involved itself in comical fandom-related feuds, including one with the Ana de Armas fan account called Armas Updates.

The Knives Out sequels are expected to premiere on Netflix. 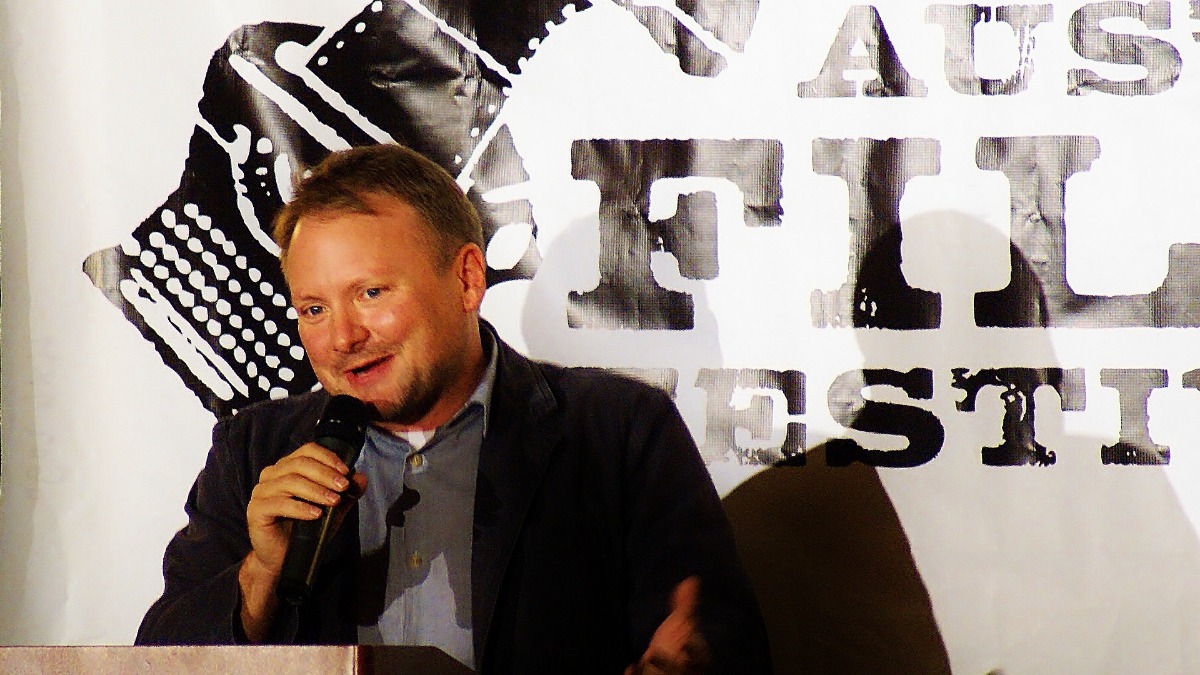