Aamir Johnson-Daye, better known as rapper D4MSkiano or D4m Skiano has died after a shooting that reportedly occurred on 1400 block of North 61st Street.

The Philadelphia Inquirer reports that rapper was shot at least three times in the thigh, wrist, and back just before 11:00 p.m. According to the local police, Johnson-Daye was pronounced dead in Penn Presbyterian Hospital.

Due to the wave of violence in Philidelphia on the weekend rapper Skiano was murdered, there were many conflicting reports about his death.

A young man shot dead at the Point Breeze section of South Philadelphia and was initially rumored to be D4m Skiano. Monsters & Critics noted that he hadn’t been identified as the victim in the report.

No arrest or suspects named by police in the killing of Johnson-Daye and the investigation is ongoing.

Skiano was best known for his collaborative efforts with D4M Sloan. The duo, better known as Sloan and Skiano, are popular rappers in the Philadelphia’s underground hip hop scene known for records such as Tweakin, Baby Shark, and Wolf N Demon.

D4MSloan paid tribute to Skiano on Instagram. “JUST STAND ON IT!!! That’s All!! I LOVE YOU MORE THEN YU KNOW SLIMEO I TRIED WIT EVERYTHING IN ME TO GET YU TO MOVE A LIL DIFFERENT.”

Several tributes have poured in for Skiano following the wave of murdered rappers in 2020. A fan wrote reacted to the 18-year-old rapper’s death on Twitter:  “This Skiano situation upsetting me and the whole of Philly like omg wow….”

D4M Skiano collaborator and friend SimxSantana paid tribute to the young rapper following his tragic death. “My heart is shattered…don’t even seem right putting rip next to ya name,” SimxSantana wrote on Instagram.”  I can’t even write what I got on my mind cause it’s too much bro you fu**ed me up with this one. I feel like they took one of my mom’s sons.” 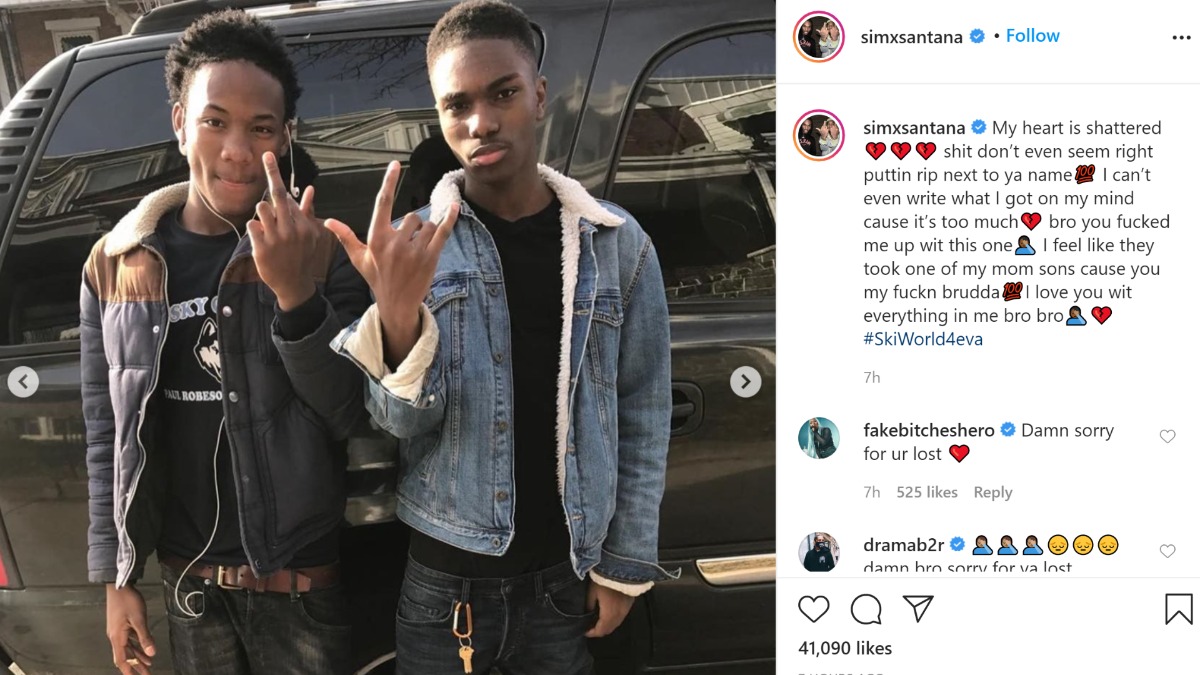 In a wave of violence over the weekend in Philadelphia, about 20 people were injured in at least 16 separate shootings.

D4M Skiano’s last Instagram post was about 5 days before his death. He was promoting his mixtape, Trap Rock with Sloan scheduled for release this month.

A new song has been released in honor of Skiano, displaying the unique flow that earned him many fans.

Fans have paid tribute to the young rapper whose artistic potential was cut short. Many who new Aamir Johnson-Daye described him as a fun and filled with positive energy.