The Challenge War of the Worlds 2 Episode 11 aired on MTV on Wednesday, November 6. The show arrived after Team USA’s Tori became the show’s first “turncoat.”

With Tori now a member of the Brits, she would try to lend her skills to their team and attempt to break up the Cara-Paulie alliance. Meanwhile, both sides continued dealing with their inner struggles involving the alliances.

The fallout from previous elimination, turncoat

Fallout arrives at the house after the last elimination. Jenny and Theo are upset with their UK teammates after seeing Georgia get eliminated. Jenny argues to Rogan that Kayleigh and Dee aren’t physically able to run a final.

Later, Rogan confronts Tori a bit about joining their team as he’s worried she is up to stuff for Team America. She says she’s not there to help the people who threw her in for elimination.

Trying to impress British boys at the bar like: #TheChallenge34 pic.twitter.com/fVsq8Tfw6M

Kam comforts Theo after what happened. Nany and Josh discuss their next moves but feel they are playing Cara and Paulie’s game because they’re outnumbered. Paulie talks to members of his alliance from the US and UK about how Tori and Jordan think they will just call shots on Team UK now, but he says that won’t happen.

In the new challenge, competitors climb up walls hanging above the water. The players have to place numbered tiles on the wall quickly with a 15-minute time limit. However, the opposing team will be turning cranks to move the hanging walls, making things more difficult. Anyone who falls into the water is eliminated.

Heights over water, with a moving wall twist, love to see it! 💦

See who climbs to the top TOMORROW on The Challenge: War of The Worlds 2 at 9/8c on @mtv! #TheChallenge34 pic.twitter.com/uCg9N73MIp

Team USA starts well but loses Zach and Ashley to the water. Cara Maria also falls off. Jordan drops. Nany, Kam, and Leroy don’t really compete because they’re not equipped to handle this challenge, in their opinions. When the horn sounds, Team USA has 10 tiles placed.

The Brits are up next with Team USA trying to turn cranks to make them fall off. As Rogan falls off, he pulls Tori down accidentally, eliminating two team members early. That leaves Dee, Theo, CT, and Jenny to compete.

CT falls off next, and Kayleigh doesn’t contribute much at all. USA wins it 10 tiles to four.

Team USA gets Speaker and Tribunal. Paulie becomes Speaker, but it draws some arguing from others on the team. Jordan and Josh want to be part of Tribunal. Since Paulie is Speaker, he chooses Cara Maria and Zach.

At Team UK’s nomination meeting, Rogan speaks up saying the four remaining guys are all good enough to run the final, but he’s backing CT and Joss as friends. So once again, he’s voting in Theo. Theo tells them if he goes in and wins, he’s either switching to Team US or coming back to the Brits to make sure they don’t win the final.

Theo gets voted in and tells the Tribunal he will win and mess up UK’s game. Zach tells Cara and Paulie he doesn’t even want to know who they’re going to vote in. However, Zach says he won’t be saying an American’s name as he promised from the start.

When the teams go out for drinks at night, they break off into groups based on their alliances and friendships. Cara mentions the idea of throwing Josh into elimination against Theo since Josh is weak and “just annoying.” Meanwhile, Nany is fed up with Cara and Paulie running things for Team USA.

Josh comforts Nany a day later, and she has a good call with a fellow Challenge competitor, her friend Jenna. That cheers Nany up some.

Josh is convinced he’s going in. He tells Nany, Zach, Jordan, and Tori he won’t kiss Cara and Paulie’s ass to be part of the team.

During Proving Ground, Zach casts the first vote and says his vote is a burn for Joss. Paulie’s next to vote and says Jordan, so it becomes clear he’s going into the elimination. Cara says Josh’s name first, which confuses everyone. She says she was kidding and throws Jordan in versus Theo.

They compete in a challenge to hammer spikes through blocks to crush lightbulbs underneath them. Whichever competitor smashes their bulbs first wins. The loser goes home.

TJ blows the horn, and they start smashing with their sledgehammers. While Jordan gets the first one, eventually, Theo overtakes him for a lead.

Jordan picks it up, though. Theo starts to struggle as Tori roots Jordan on from the bleachers. Jordan wins it easily, and Theo is heading home. Jordan has a decision to make.

(I'll see myself out ok) pic.twitter.com/8FirCcds0a

After Tori says yes and takes the ring, Jordan announces they’re going to Team UK together. Game on!

Viewers can watch episodes of The Challenge War of the Worlds 2 on MTV on Wednesdays at 9/8c. 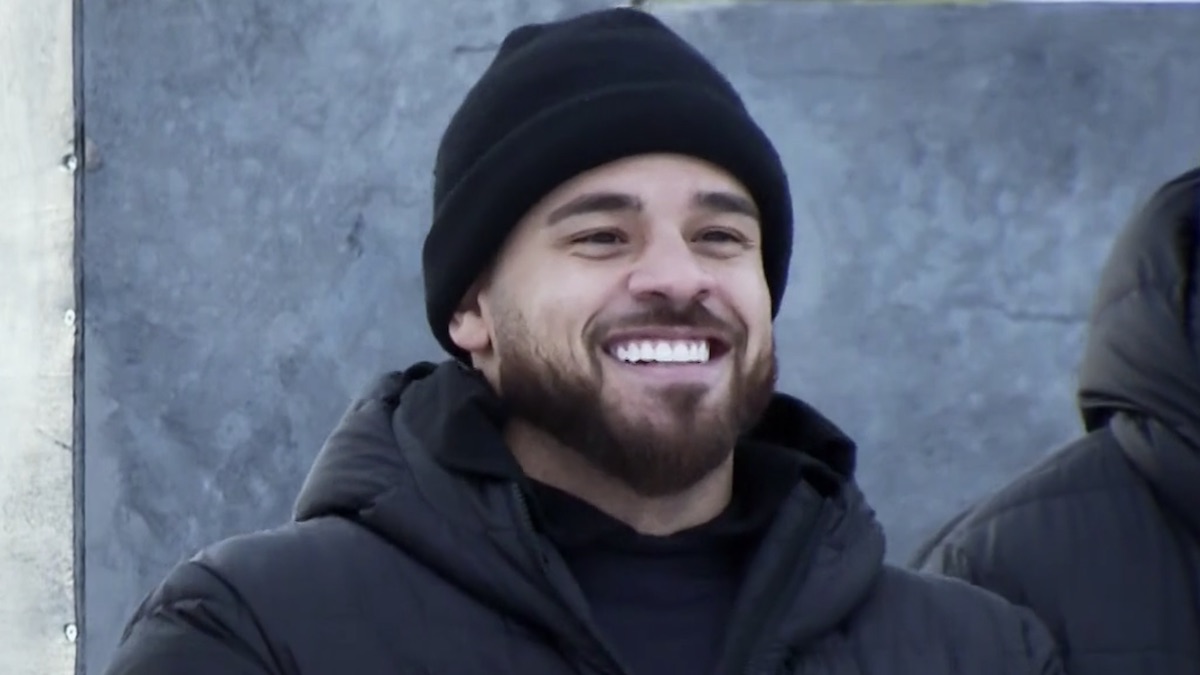