What an amazing second season Supergirl has had so far! The hit show seems to have grown exponentially after moving from CBS to The CW and has tackled important themes with such grace and incredibly well-written episodes, that it has easily become the top show in the DC universe.

After a long hiatus, Supergirl returned last night with an episode dedicated to the importance of friendship and highlighted just what an amazing addition to the cast Katie McGrath is.

It’s great seeing Kara having some friends outside of the DEO and her immediate family and the friendship between the Girl of Steel and Lena Luthor came as a little unexpected, but still an incredible, surprise.

Last night’s episode Ace Reporter acted as a bit of a bridge for the final episodes of the season and it shone a little light on Lena’s back story and why she decided to move to National City.

It all starts out as an incredibly boring day for Kara. Unemployed, she has embraced her Supergirl duties full time now, but it seemed like all the bad guys in National City had taken the day off.

Bored out of her mind at home, she gets a surprise visit from Lena, asking her to go as her plus one to this biotech conference, which happens to be led by her ex-boyfriend.

Apparently, the entire concept of the new tech presented in the conference was something that Lena and Jack Spheer (guest star Rahul Kohli from iZombie) had been working on before she made the move to National City, and he had finally cracked the missing code.

Lena obviously doesn’t want to face her ex alone, so she brings Kara along, mentioning that Jack is her kryptonite.

The nanotechnology he is introducing to the market seems to be nothing short of a miracle, promising to eradicate all diseases.

After running into her former boss at the conference, Kara decides to follow her journalistic instincts, especially after a guy that used to work for Jack Spheer seeks her out, asking her to meet with him and saying that she was the only reporter he could trust.

When he tells her that the nanobots are very dangerous and have not been tested on humans, someone promptly blows up his car with him and Kara in it. She manages to escape unscathed, but the whistle blower is not that lucky.

After that, she seeks James’s help, so that he can get CatCo to investigate and run the story about how this new technology is dangerous, as a big media outlet such as CatCo would have a lot more credibility than a blog.

Snapper, her former boss who seems to be holding a grudge against her, confronts them and tells her that she should just go back to blogging and leave the investigation to real reporters, such as himself.

Kara, however, listens in on his conversation with James before she leaves, and finds out he has another source that says that the human trials never happened and is willing to go on record about it.

It’s a good thing she eavesdropped on that particular conversation because she ends up saving Snapper’s life, when the nanobots go after the source and kill him.

Frustrated, Kara goes home feeling like a total failure after not being able to save two people.

Mon-El tells her that Lena called and that she was hoping Kara would talk her out of going out to dinner with Jack.

More determined than ever to get to the bottom of this, she takes Mon-El along and shows up at Lena’s dinner date, which ended up being an awkward and hilarious scene, culminating with Mon-El stealing Jack’s credentials to get into his office.

So off they went on a secret mission to retrieve information and expose Jack once and for all.

Kara and Mon-El are such puppies together and their secret mission is as much fun and hilarious as it is adorable.

Melissa Benoist and Chris Wood have such a ridiculous amount of chemistry on screen that it’s impossible not to love the pair together on screen, and they are the epitome of everything I love about this show.

They’re funny and light and incredibly cute, but they can still bring it when things get serious.

Their mission is a success and they find a video of Jack testing the nanobots on himself. The tech overpowers him and merges with his body, so they come to the conclusion that Jack is the one who has been murdering people.

Devastated, Kara tells Lena the truth about her ex-boyfriend and begs her not to go confront him about it, as she may as well be the next on his list if he figured out she knows.

But of course, Lena goes anyway and finds out that Jack is being controlled by his CFO (guest star Claudia Doumit, from Timeless) and that she’s the one who has been silencing everyone who has tried to blow the whistle on the tech.

She tries to inject Lena with the nanobots, but Supergirl shows up just in time to save her. However, the CFO lady is not done and orders Jack to attack and kill Kara.

He’s almost successful too, but Lena manages to override the system and essentially kill the nanobots, even if that means killing Jack as well.

Afterwards, Kara delivers all her research to Snapper, saying that she cares more about the truth than having her name on a byline, and that CatCo will have a much wider reach than her blog.

Snapper is impressed with her work and, after she finally apologizes for disobeying his orders on the Cadmus story, he offers her her job back.

Lena, on the other hand, is a mess. Kara visits her and tries to comfort her friend, but she is devastated by Jack’s death and confesses that she is scared of what she might become in her grief.

Kara reassures her that she will be with her every step of the way, but Lena just wants to be left alone.

However, just after Kara leaves, another visitor shows up and it’s Rhea, Mon-El’s mother and Queen of Daxam, and she has a proposition for her.

You get your filthy hands off of our Lena, you crazy lady!

Check out next week’s promo below:

Supergirl airs every Monday at 8/7C on The CW. 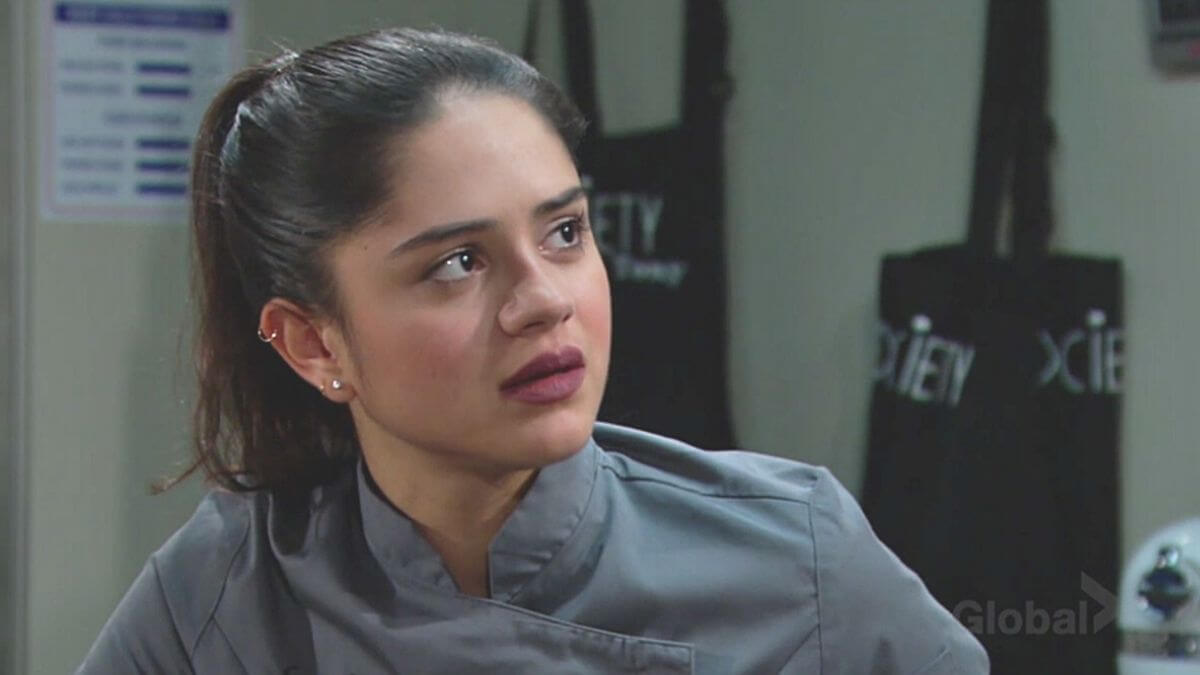