Gas Monkey, who lost to Street Outlaws in the first ever Mega Race last year, return with pro racer Alex Laughlin behind the wheel of the same 2017 Challenger they used last year plus a few modifications, while Ryan will be at the helm of his 2010 ‘Fireball’ Camaro SS.

They’ll both do anything to win. When Rawlings tells his rivals on race day “I guess we’ve come to race,” Chuck from Street Outlaws tells him: “We just came here to kick y’alls a** and take your money — that’s what we came here to do.”

Meanwhile, in the more light-hearted race offering Farmtruck and AZN from Street Outlaws will be taking on Misfit Garage’s Tom Smith and Thomas Weeks in a best-of-three road-race course, with the Fired Up Garage team in a 1965 Mustang and the 405 guys in…”The Gonorail” — a creation they built out of a monorail car from the Oklahoma State Fair.

What will Mega Race 2 involve?

The rules for the main event are few and far between — if Richard Rawlings sticks to any of them at all — after evolving throughout the course of the build-up. NASCAR racer Kyle Busch will act as race master, and as he explains in the clip below there are three main rules the team did agree on — a standing start, a single light and that it will be a best two out of three contest.

Laying Down the Law | Kyle Busch as Racemaster

The rules for Mega Race 2 have literally gone up in flames…but with Kyle Busch as racemaster he's keepin' things fair.

It’s thought the single green start light will benefit Ryan Martin, as Alex Laughlin is more used to there being an intermediate amber one as well. The races are taking place in Arizona.

Ryan Martin, 40, from Norman, OK, has been racing since he was 16 and is currently top of the Street Outlaws 405 list. His Fireball Camaro features a Pro Line Racing 481X engine producing 4,500hp and 4,000 pound-feet of torque. It is effectively the fastest street-raced car in the country.

A fierce Mega Race competitor… Ryan Martin in the Fireball Camaro representin' Street Outlaws and the 405!

Alex Laughlin, 29, is from Morgan Mill, TX, and has been racing since he was just nine years old. He started out in karting and now drives the Gas Monkey Energy Pro Stock Camaro. For the Mega Race, he’ll be in Gas Monkey’s supercharged Challenger which produces 3,000hp and “a lot” of torque.

Find out more about the teams for both races below. 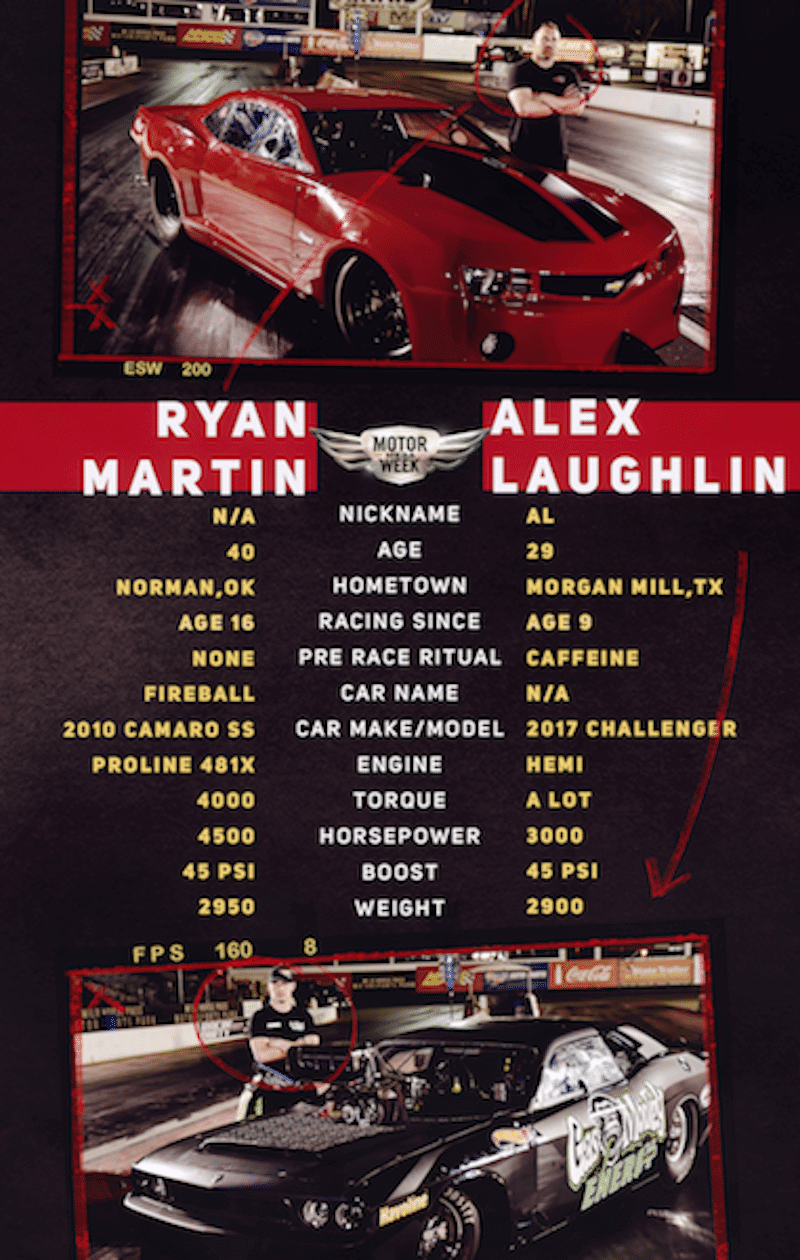 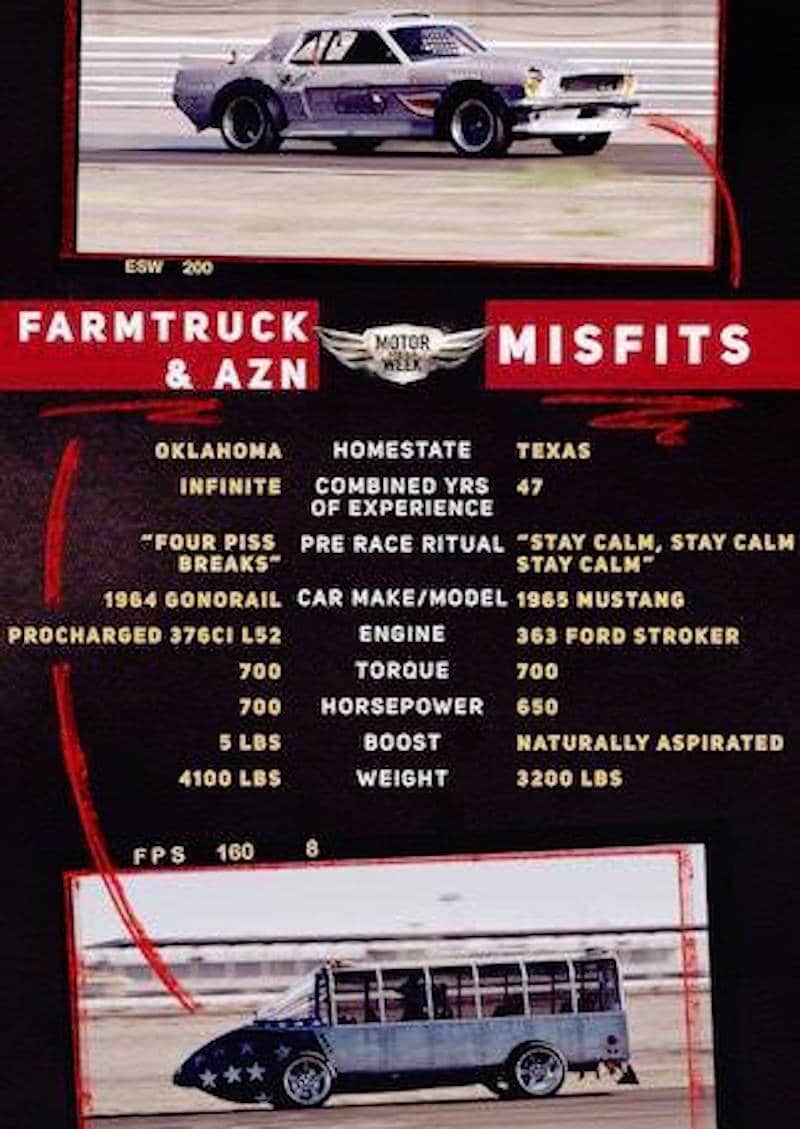 What time is Mega Race 2 on?

Mega Race 2 airs tonight at 9/8c on Discovery. It follows a ‘Driver’s Meeting’ episode at 8/7c which sees Farmtruck and AZN get ready for their big event. The premiere of new show Shifting Gears with Aaron Kaufman airs after the Mega Race at 10.17/9.17c.

Comin' up on Monday… bets and braggin' rights will be settled on Mega Race 2!