Do we really need to see the private stuff, over and over again? For God’s sake, who keeps their sex toys on the bedside table with a bunch of interns and cameras wandering through the house? The “Real Housewives of New York” hit so many new lows tonight that it was hard to decide where to start. But I’ve gotta give the award to Sonja for constant inappropriate behavior throughout the entire episode.

Of course, the big fun was at the beginning when the episode picked up where it left off last week – with that trashy FNG (f**king new girl) Amanda and Heather about to throw down. I’m not using FNG’s real name anymore in hopes that Bravo gets rid of her PDQ. Offer her up to Vh1 for “Mob Wives.” Much better fit.

Sonja can’t resist busting on FNG. “She’s an image consultant. How do you like me now?” She does any excellent impression of FNG as the target of her humor goes out to put herself in the middle of the conversation between Aviva and Carol again.

“Luann, you gotta get this bitch out of here, seriously,” Heather says. “Someone needs to take out the trash.”

LuAnn is just generally horrified by what’s going on. “This is not our typical fabulous Hampton’s barbecue.”

Clearly, the Countess is offended. She goes to escort the FNG off the porch and the chick isn’t even smart enough to be polite to the hostess with the mostest.

“I don’t want to be schooled,” FNG tells LuAnn. “Come and have some pie,” the Countess responds, deadpan. LMFAO.

Whatever went on with Carol and Aviva, they didn’t work anything out. Everyone is sick of #BookGate and Carol refuses to toast when Aviva tries to lead one. It’s time for the party to end. Half of the group isn’t speaking to the other half.

“You just don’t f**k with people’s careers. It’s that simple. What doesn’t she get?” Heather asks about Aviva. She was ready to throw down with Aviva’s image consultant over Carol’s reputation. FNG backed down. She’s all talk.

“Heather didn’t hang out with PDiddy for no reason. She’s got street cred, that girl,” Carol says, completely serious.

I wouldn’t want to be on the wrong end of Heather’s ire, that’s for sure. She can grind somebody up. I wonder if she’s ever considered lobbying. Bu I also want to add that I met her in JFK last fall and she was really nice to the fans who were randomly approaching her at seven o’clock in the morning for pictures when she was headed out of town for a girl’s weekend with no cameras.

“Are you done with slandering people and character assassinations?” Heather asks Aviva about the same time LuAnn announces the party is over and everyone needs to leave. I seriously bet that’s the first time she’s ever done that as the hostess at her own event in her own home. And they didn’t even get it. They kept fighting.

Aviva’s husband gets into it with Heather, and FNG is doing some weird dance behind them that I don’t understand but had to mention. They’re all yelling “You step out, no you step out…” OMG LuAnn had to be dying.

“This barbeque is the worst barbeque I have ever been to in my life,” Kristen, mistress of the obvious, says. Apparently her husband thinks she needs some new friends. But wasn’t Heather Josh’s friend to begin with?

Heather gets in a few last verbal whacks at Aviva before LuAnn slams the door shut on them. “You have nothing but empty bulls**t. You are full of empty bulls**t. Nobody likes you. Nobody wants to be around you. Don’t tell me anything mother******!” Wow.

Kristen’s sensibilities are offended by Heather’s language, like we care. Wasn’t she supposed to be Heather’s friend? Why you be hatin’, Kristen?

Sonja thinks Heather is funny as s**t. “That bitch is street. You don’t want to mess with her.”

Alright, so I just want a show of hands of who would have gone to that brunch the next morning at Sonja’s with the entire same crew and brought their children? For real? A little risky folks. Good thing there will be plenty of alcohol with breakfast.

Sonja plays buddy-buddy with Aviva at the brunch but that’s only because her wingman Ramona is in Africa and she has nobody to play with. She tells Aviva that everybody pretty much hates her. Aviva doesn’t care. Then Sonja’s tooth falls out and the entire show focuses around finding some brand of dental adhesive to reattach the tooth. LuAnn, predictably, is as horrified as me.

Okay, production, I know what you’re doing. If she’s dumb enough to let you film it, you gotta use the footage because it’s classic. But so much of it? We DID NOT want to watch her put that thing back in. And when she lost yet another (different tooth) a few days later at the Mermaid Parade, did she really run all over town with a big hole in her mouth? Enough already. I’m grossed out and disappointed.

The parade was cute and worth including because Carol was named “Queen” of the Coney Island Mermaid Parade that kicks off the summer season. What was not cool was the MC getting her name wrong at the ribbon cutting and awards ceremony. Poor Carol. She was so gracious and her outfit was fab.

I also thought it was a little sketchy that LuAnn, Sonja and Kristen blew off the float they had committed to for a float with drag queens and alcohol. Yes, it’s more fitting… but those teenagers were expecting them. Boohiss, ladies. Some of you have daughters the same age as those cheerleaders you just humiliated.

The best part of the day for Carol was the fact that Aviva was not there. The worst part of the day for the viewing audience was having to relive Aviva’s childhood accident while the other girls were on the float. But before I go there I just have to ask how drunk they all were when they formed the “Mermaid Sisterhood?” Seriously. You gonna have some Travelling Pants too?

I’m going to keep the Aviva stuff brief because I didn’t like it. It seemed scripted and freaky. I think it’s great if Aviva and Becky can each bury some demons that remain from an accident 35 years ago, but who the f**k came up with the idea of having Aviva walk all over the farming machine that tore her leg off when she was 6 years old?

And was she really the one who insisted on turning on the machine to listen to it? Ugh. I was horrified. My husband said “that was productions’ idea.” I hope he was right. Or she’s one twisted chick. All the emotional stuff was expected but seems a bit like a plug for Aviva’s new memoir, doesn’t it? Hmmm… think the publishing house paid for that whole excursion? Inquiring minds want to know.

Next week’s teaser promises far more interesting stuff, with a visit from Real Housewives of Beverly Hills’ Yoyo and Brandi in New York, hooking up with Kristen and Heather. Holla! What’s up with that? Can we bring in the FNG and just let Yolanda tear her apart? It would be so much fun to watch. Just sayin. 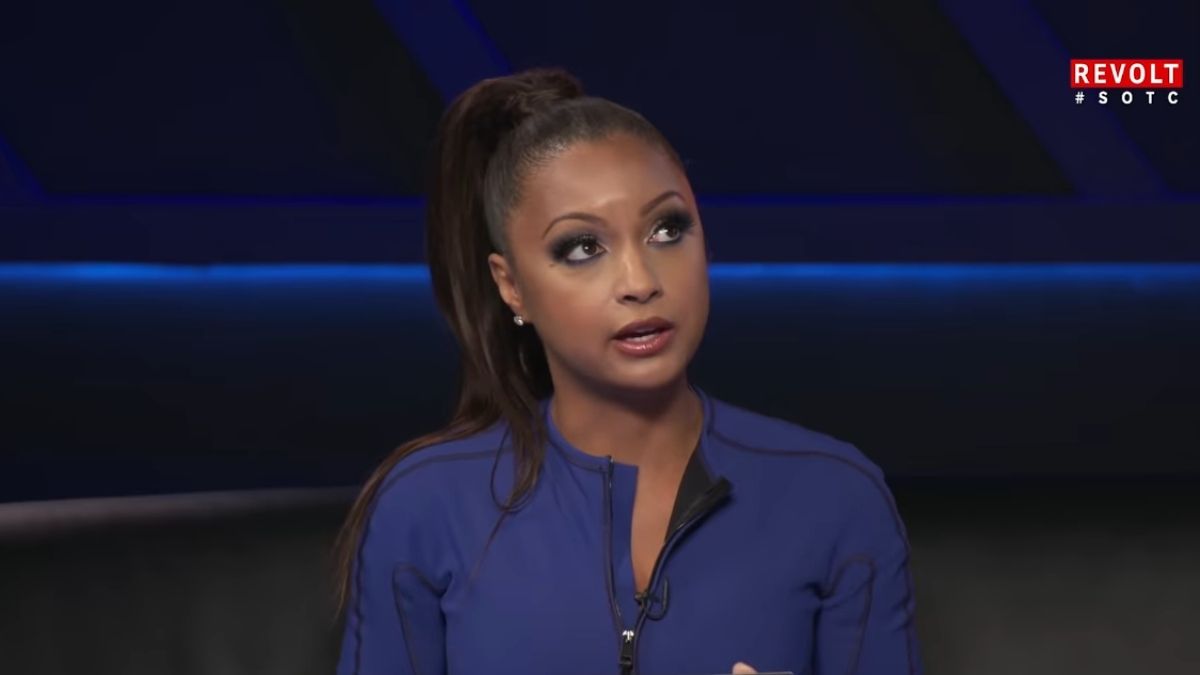 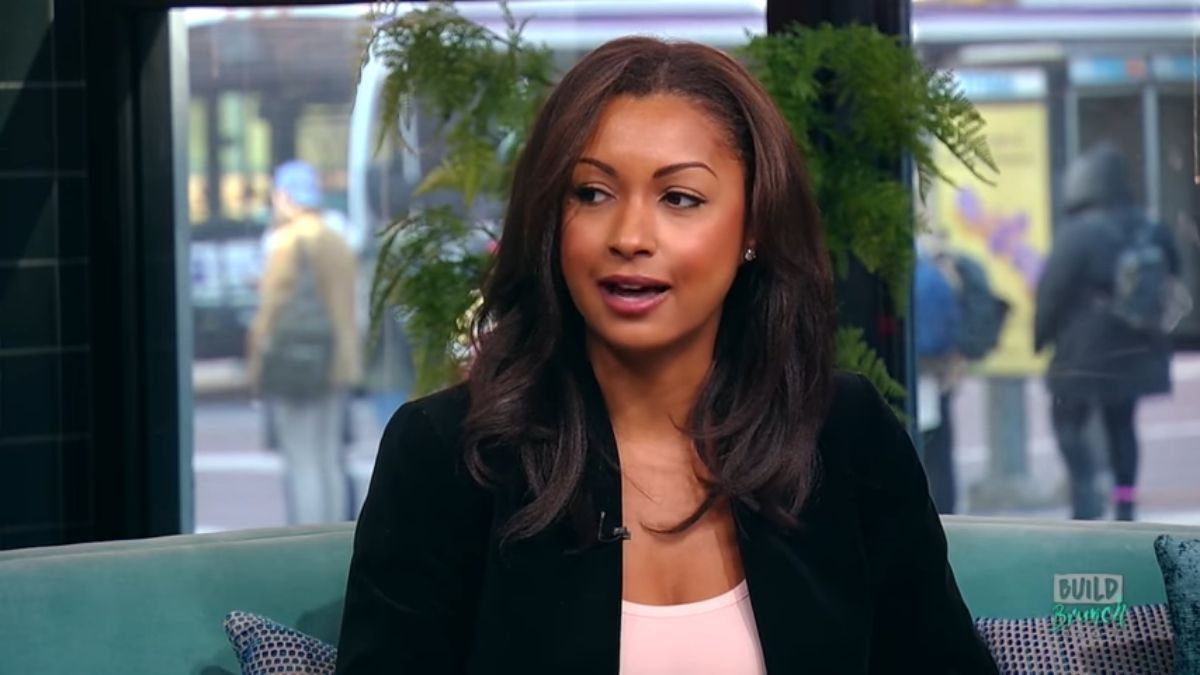