Amber Portwood isn’t happy about Andrew’s family these days. The Teen Mom OG star took her frustrations to Twitter this morning, delivering a rant where she called out fake family members.

She said she doesn’t like how people from California think they are better than her because she’s from Indiana. She called out people she referred to as disgusting liars, also hinting that people slammed her for being a reality star.

Monsters and Critics grabbed the screenshots from Amber’s Twitter timeline before she deleted most of them again. 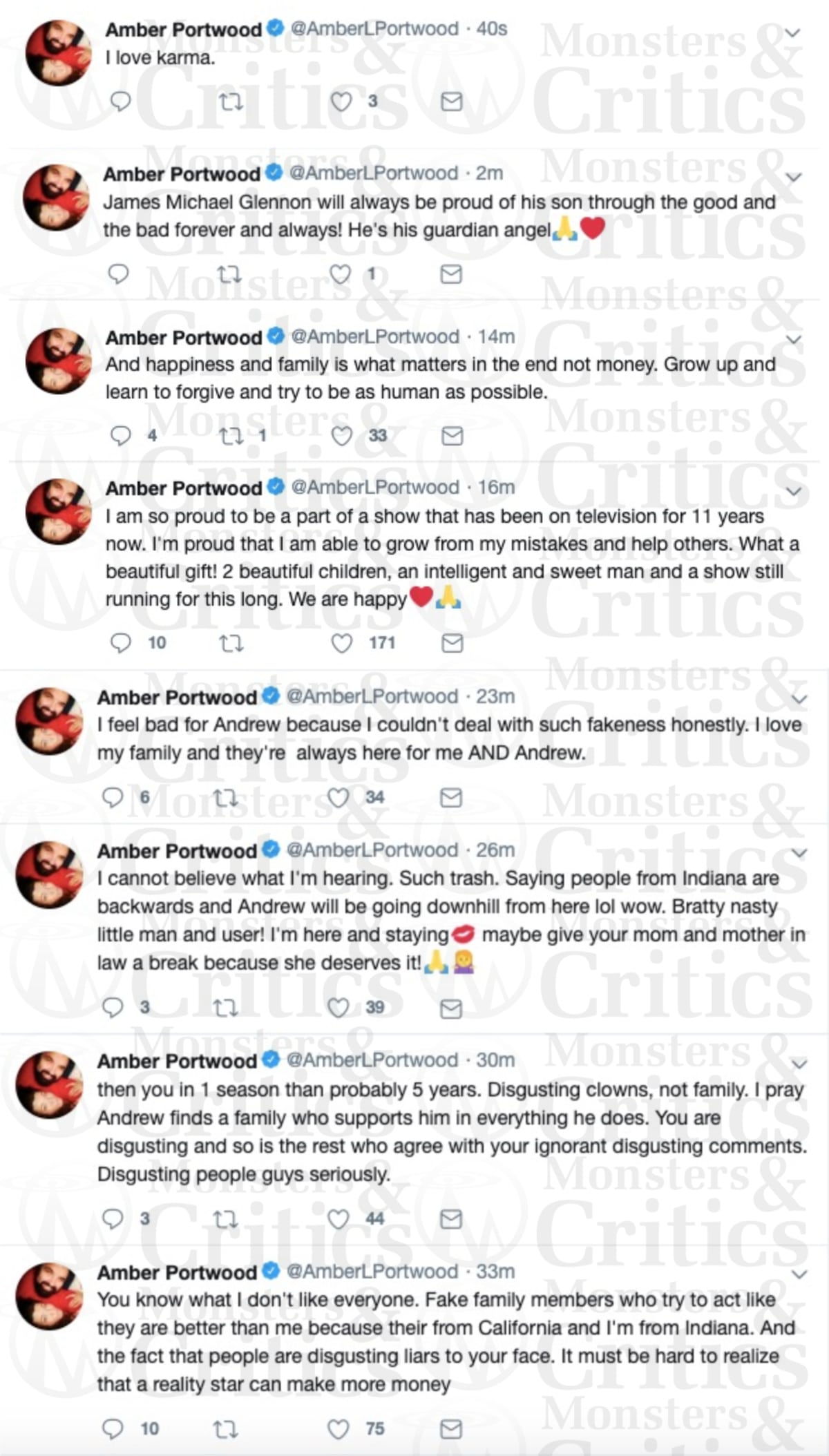 As Teen Mom OG fans know, Andrew is from California and Portwood said she feels bad for him because he has to deal with “fakeness” and “trash.”

Portwood also revealed that she’s proud of her time on Teen Mom OG, a show she has filmed for 11 years.

She ended her Twitter rant by saying that happiness and family are most important — not money.

Amber also shared a photo of her son James Andrew Glennon, who is growing up so fast.

This beautiful boy is ready to go!! I'm so proud! Ugh time goes by so fast😞 such a sweetheart🤗❤ sending love everyone😘 pic.twitter.com/LFhfPiTnkz

It’s uncertain what sparked Amber Portwood’s sudden urge to share her feelings in a Twitter rant, but she quickly deleted them all. She clearly wasn’t happy with some family members, even though she didn’t call them out by name.

Amber is set to return to Teen Mom OG when it premieres later this year on MTV. It’s possible this Twitter rant will be featured on the show if something happened to trigger her response this morning.

Teen Mom OG is expected to return to MTV later this year.