In a preview clip for this week’s episode of Teen Mom OG, Catelynn Baltierra told her husband, Tyler, that they were expecting their fourth child surprisingly and uniquely.

Catelynn explained at the beginning of the clip that even though she and Tyler have experienced a lot in their life together, they still wanted another baby.

The Teen Mom OG star admitted that she enjoys getting psychic readings and told Tyler that she was having a virtual reading done.

Catelynn, who recently turned 29 and entered her second trimester, walked into the kitchen where Tyler was standing and he asked about her virtual medium reading and she disclosed to the cameras that she was about to surprise him.

When talking about what she would ask the psychic, she threw Tyler off when she said, “Really what I wanna ask her is, like, so am I pregnant with a boy or a girl?”

Tyler thought Catelynn was joking, so he laughed and shook his head, and it didn’t register right away that she was telling him she was pregnant.

Tyler was clueless until Catelynn showed him a positive pregnancy test

He told Catelynn, “I don’t know. You’ll have to ask her.”

Then Catelynn slid a positive pregnancy test over to Tyler on the counter.

Catelynn shushed him, because she didn’t want Nova to know yet.

Tyler, who praised Catelynn for being his “rock” and best friend, asked her again, “When did you do this?”

Catelynn, who asked fans for baby name suggestions recently, revealed she took the test the day prior. She admitted that when she was eating, she became nauseated, so she took an early detection test, which was only a faint positive.

So she took the digital test just before coming into the kitchen to surprise Tyler with the exciting news.

Catelynn hinted that she wanted to announce her pregnancy by showing up to dinner wearing a shirt that announced it. She showed Tyler a shirt online that she wanted that read, “If you read all of this shirt you’ll find out that I”m pregnant.”

Vaeda will turn two-and-a-half when the new baby is born and Tyler said they’d be in the “middle of hell” but then said, “It’s alright, I’ll wrangle them.” The two shared a sweet hug of excitement in their kitchen.

Catelynn and Tyler recently invited their adoption counselor over for advice about reaching out to their daughter Carly, who they placed for adoption.

Catelynn revealed earlier this month that she hopes to watch her adoption episode with Carly one day.

The couple is expecting their fourth baby, another girl, later this year. 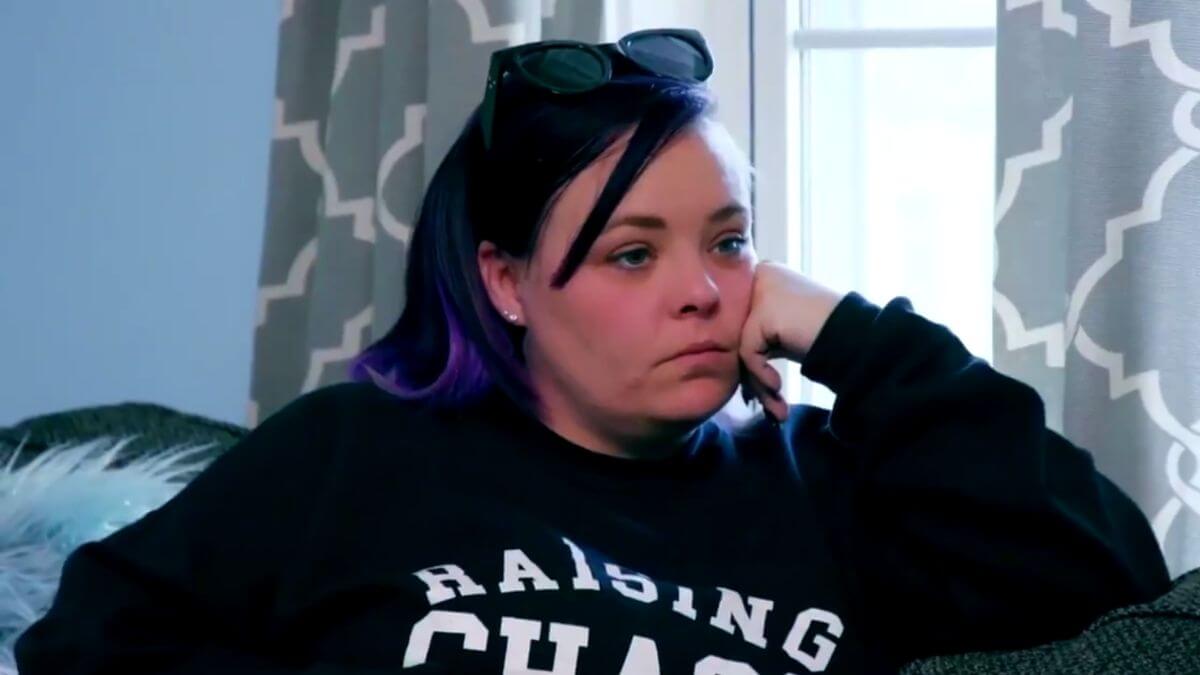