Brandy is a charter guest on the Valor this season on Below Deck on Bravo. She was already in an extreme state of intoxication when she showed up with her friends Helen Hoey and Richard Fiore.

As she tried to get on board the yacht, she stumbled and her friends warned her not to fall into the ocean. They had to help her up the stairs into the boat and someone described her as a “total wasteoid.”

Captain Lee Rosbach, chief stewardess Kate Chastain, and chef Kevin Dobson, all noticed that the woman in a white dress was very drunk.

Captain Lee and Kate agreed Brandy was probably the worst guest they ever had on Below Deck during an appearance on Watch What Happens Live with Andy Cohen.

After she got on board the Valor, her condition worsened. She could hardly walk and she only wanted to go to her room. She was later shown looking disoriented and breathing heavily. During last night’s episode of the show, Brandy passed out during a beach picnic and needed urgent medical attention. Captain Lee ordered the crew to take her to the boat.

Next week’s episode will show what happened after the crew took her back to the boat to receive medical attention.

Fans have been expressing their concerns about Brandy. Many were also upset that despite her condition her friends appeared unconcerned and did nothing to help her.

Brandy’s friends are mean. They like make jokes about leaving her as if her self esteem doesn’t already suck judging by all that drinking. #BelowDeck

Wooo child Brandy is a whole ass mess! Why are these "friends" not looking out for her or if you know shes got issues why did you bring her?! Somebody save Brandy from herself!#BelowDeck

The reality gods have truly blessed us with Brandy on Below Deck. What a boozy legend #belowdeck

Dang those guests don’t give a shit about brandy! “Don’t cry for her” wow! #BelowDeck

Others fans wondered who she is and wanted to know how she is doing after the trip.

Does Brandy have a Twitter acc’t I can check out, just to make sure she’s alive? #BelowDeck

If you’ve also wondered who Brandy is, here is what we know.

Online sleuths quickly identified and confirmed that she is Brandy Bock-Tott, an artist who runs the Bock-Tott gallery.

A Redditor posted that she is Brandy Bock-Tott. Search other tweets tonight for the Reddit thread

Brandy has been dreading tonight ever since she got home from the trip. I kinda feel bad for her and what’s about to happen over the next hour. #BelowDeck

According to her website, Brandy studied at Carnegie Mellon University. She specializes in charcoal portraits and landscape paintings.

Brandy tried to tell her side of the story on Instagram

Brandy took to Instagram yesterday to tell her own side of the story.

She posted a comment, stating that she had a wonderful trip to Thailand. She added that she has been struggling with anxiety and panic attacks. She claimed that her condition on Below Deck was due to “severe anxiety.”

“I had a wonderful trip in Thailand,” she wrote. “I want to be really clear and open about my mental health issues If you know me, you know that I struggle from severe anxiety and it’s something that I struggle with everyday. I don’t do drugs nor do I condone the use of them.”

“I had a wonderful time on Below Deck, despite my panic attack,” she continued. “So, with all of the ugliness being displayed right now, I wanted to share some of the beautifulness of my trip.”

She posted two photos of her trip.

Some fans responded to her comment by encouraging her to get help. Others accused her of being in denial about the severity of her problem.

“Girl please, I used to see my mom like this all time, that’s no anxiety, just tell truth,” another Instagram user wrote. “I wish you luck , hope you don’t [end] up like my mom.”

Some urged her to get help.

“Stop living in denial, sweetheart,” a third user wrote. “Get help. I’ve been there. I also have anxiety. Stop kidding yourself. Alcohol and prescription drugs don’t mix.”

“I hope you get the help you need and see this as an eye opener,” yet another concerned Instagram user wrote. “Your friends didn’t seem too concerned with your behavior… leads many to think this is normal thing for you. There is no shame in getting help. ”

Below Deck Season 7 airs Mondays at 9/8c on Bravo. 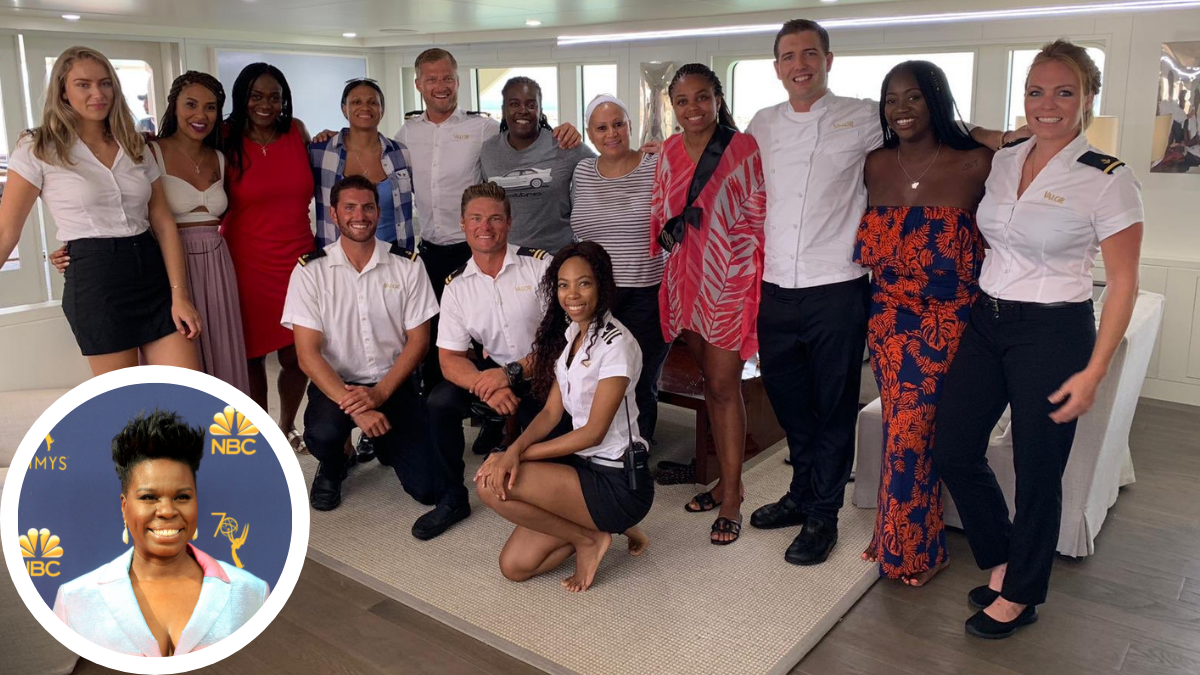