Below Deck’s new deckhand Ashton Pienaar will have quite a story to tell after his adventures on Season 6 of Bravo’s glittering ocean-going reality show.

Not only is the handsome Johannesburg native in the thick of things as a deckhand, rumor has it that he’s the one who goes overboard in a scary life or death situation.

For all his natural ease on board the M/Y Seanna, Ashton wasn’t always a yachtie. He started his career as a desk jockey, a role he occupied for seven years before deciding the routine life he was living in South Africa just wasn’t for him.

A more invigorating lifestyle was calling his name so loudly that the bored office worker chucked his tie — and headed off on a far more thrilling journey.

That’s when Ashton decided to undergo yacht training in the South of France. He learned fast and it wasn’t long before he landed his first job, aboard a private yacht bound for an Arctic expedition.

There’s no doubt that Ashton will continue to grow into his role as a deckhand, but could it be that one scary accident could have derailed his career, not to mention his life, before it even had a chance to take off?

It’s no secret that one of the deckhands takes a terrible fall off the yacht on Below Deck this season, in what could easily have been a fatal incident.

Ashton’s Instagram has several photos posted in April with some kind of wrapping or bandage around his left leg, perhaps to cover up the injury incurred during the yacht accident?

Coincidentally (or not!) the deckhand who goes overboard gets his left leg tangled in a rope.

Even Below Deck’s calm and cool Captain Lee Rosbach was left shaken and stirred.

Asked about the incident, he recently said in an interview: “All I can say about it is that I hope I don’t ever have to go through that again.”

And who are we to disagree…

Is Ashton the unlucky deckhand who goes overboard? Be sure to tune in and find out! 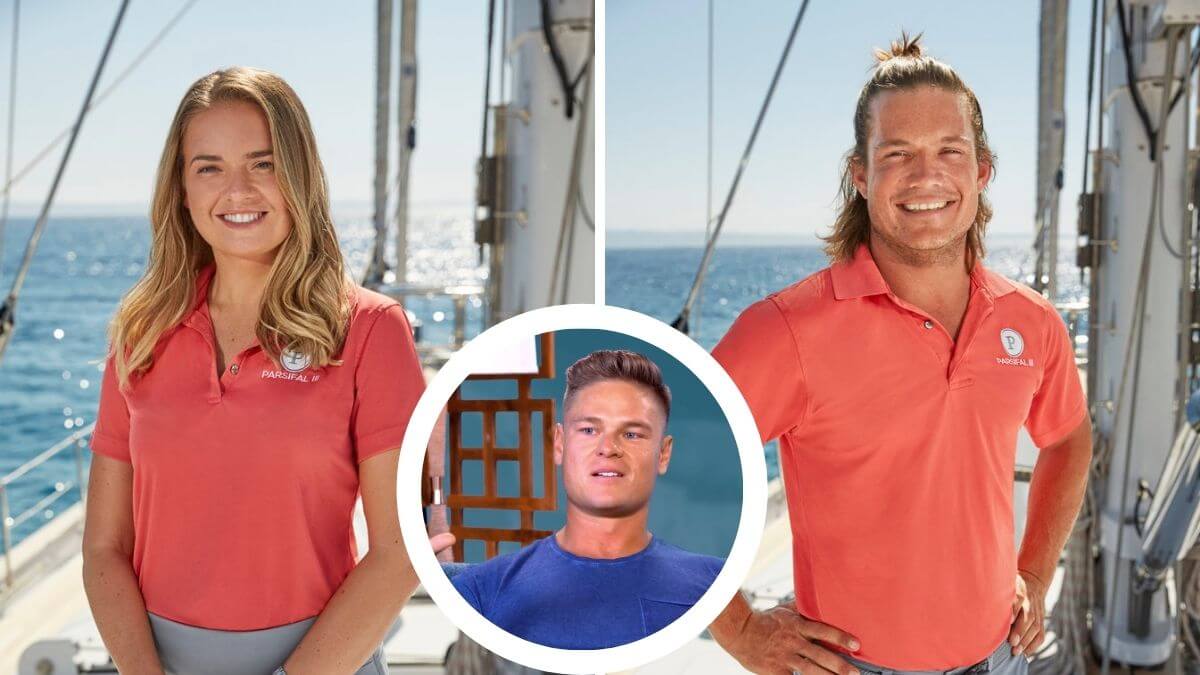 Below Deck: Rhylee Gerber reflects on tumultuous season 7, says she now has a ‘great relationship’ with Captain Lee
RELATED POSTS