Captain Lee is known for having a pocket full of plane tickets for any of his crew who do not live up to the standards and expectations that he upholds on the yacht and on charter.

He does run a tight ship but does so with the intention to make his crew better at their jobs and make the guests have a once-in-a-lifetime experience.

Captain Lee does tolerate a certain amount of a learning curve and mistakes during the charter season from his crew, but there are some major no-nos that as Captain Lee would say, “really wrinkles my a**.”

It is Captain Lee’s job to adhere to maritime law by putting safety as a priority at all times. It is paramount to him that his crew take their jobs seriously, cooperate as a team, communicate effectively, and progress at their roles.

When the crew goes against his orders, makes detrimental mistakes that could have been avoided, or act inappropriately, that is when Captain Lee justifiably loses his patience.

Agitating Captain Lee’s pet peeves is something that the crew fears because a talking-to from the captain often times entails a scary lecture and the possibility of losing their jobs.

Captain Lee is big on giving chances, conditioning his senior staff to step up to their positions when times are tough, and giving his crew the opportunity to be a part of a world-class yacht and experience.

So when the crew does any of the 9 things from this list that Captain Lee has proven to be a pet peeve, they either have a plane ticket waiting for them in Captain Lee’s pocket or they shape up.

1. When the safety of guests get put at risk

Whether it be broken glass on the deck, making sure that life vests are worn when they need to, or adhering to food allergies, Captain Lee wants to make sure that the safety of the guests is paramount.

You Might Also Like:  Captain Lee Rosbach introduces Below Deck fans to behind the scenes crew member chief officer Jon Armstrong

Captain Lee knows that it is the yacht’s responsibility to ensure the guests’ safety so that they can enjoy their vacations as care-free as possible.

It’s when a crew member messes up or an entire department doesn’t fulfill their necessary duties and puts the safety of the vessel and guests at risk that his blood starts to boil.

The consequences of not following safety protocol can end up with injuries, fines, and even the loss of maritime licenses for those responsible.

2. When the crew embarrasses themselves

Captain Lee doesn’t like it when the crew members go out for a night out and either someone gets very sloppy to the point where he has to hear about it from others, or someone instigates a fight that taints the cohesiveness of the crew.

3. When he has to babysit the bosun

Captain Lee holds the people he chooses to be bosun to a very high standard and expects that they know what they are doing on the boat and know how to manage a team effectively.

He becomes disappointed when his bosuns aren’t able to direct their team in a way that avoids any mishaps on deck. It also puts Captain Lee over the edge to have to babysit his bosuns when it becomes clear that he needs to step in to correct a situation that the bosun should be able to handle on their own.

4. When someone doesn’t answer their radio

Collective communication onboard the yacht is essential to everyone performing their job duties effectively and avoiding any information slipping through the cracks. This is why Captain Lee demands that everyone answer their radio when summoned and keep on the same radio channel with their earpieces in place correctly.

You Might Also Like:  Captain Sean Meagher dishes Below Deck Season 9 stint, talks stepping in for Captain Lee Rosbach

When there is a breakdown of communication Captain Lee gets mad really quickly and tries to hunt down the culprit to give them a stern talking to.

5. When someone in the crew says ‘That’s not my job’

Captain Lee wants his crew to be performing as a team and have cross-departmental cooperation for the greater good of the boat. Therefore, when either a deck crewmember or interior crew member doesn’t feel like they need to help out where there is a weakness on board, Captain Lee gets enraged.

During his introductory speeches to the crew, he always tells them that saying that something is not your job is a quick way to earn yourself a plane ticket home.

Captain Lee correlates his crew’s success to their ability to work together to achieve collective goals and standards of the yacht’s performance.

6. When one crew member is not pulling their weight on charter

Often on charter, it becomes apparent that one or more crew members are not performing their job duties to their full potential and are either skating by purposefully or being misdirected.

Captain Lee wants his senior crew to notice when someone isn’t carrying their weight and try to correct it on their own. If the problem persists then he takes matters into his own hands. He wants everyone to be on equal footing and doesn’t want a weak link in the effectiveness of the team.

Sometimes the deficit in someone’s work ethic comes from a lack of knowledge or ability, which Captain Lee is generally pretty tolerant of. But when it comes to a point that the dead weight of the crew member in question is hurting the team consistently he takes executive action.

7. When the guests aren’t happy

Guest satisfaction on charter is of the utmost importance to Captain Lee because not only does it affect the tips but it also affects his reputation.

You Might Also Like:  Below Deck: Eddie Lucas reveals best and worst crewmembers he worked with on Bravo show

Guests can have issues with the food, the crew, their service, or the experiences, and it is first the responsibility of his crew to satisfy all guest needs and rectify situations, so when an issue escalates up to him he becomes pissed off.

8. When the crew embarrasses the boat

When the crew does things on the boat that they are not supposed to Captain Lee sees that as disrespectful and that the crew member is embarrassing the boat.

Similarly, when the crew goes out on the town it is expected that they behave in a manner that does not negatively impact the reputation of the boat.

Captain Lee wants his crew to conduct themselves in a way that upholds the values and standards of the boat on and offshore. When a crew member ends up embarrassing the boat bad enough to where it gets back to him they usually have hell to pay.

9. When the crew or a crew member isn’t making the progress they should

It is important to Captain Lee for his entire crew to leave the boat better at their jobs than when they got on. Not only does having his crew excel at their jobs and generate positive reviews from guests do well for his reputation but it also means a lot to him as a boat Captain.

Captain Lee is happy to give recommendations at the end of the season where they are due and either promotes crew or gives those in senior positions permission to promote people in their departments.

If a crew member is not making progress at improving their skills and ability to do their duties, Captain Lee takes that seriously and it definitely becomes one of his biggest pet peeves.

Below Deck: Captain Lee Rosbach reveals why Michael Durham and Justin Richards got to stay

Below Deck Med: Will chef Mathew Shea pull a Rachel Hargrove and come back after rage quitting?

When will Captain Lee be on Below Deck Season 9?
Related Stories 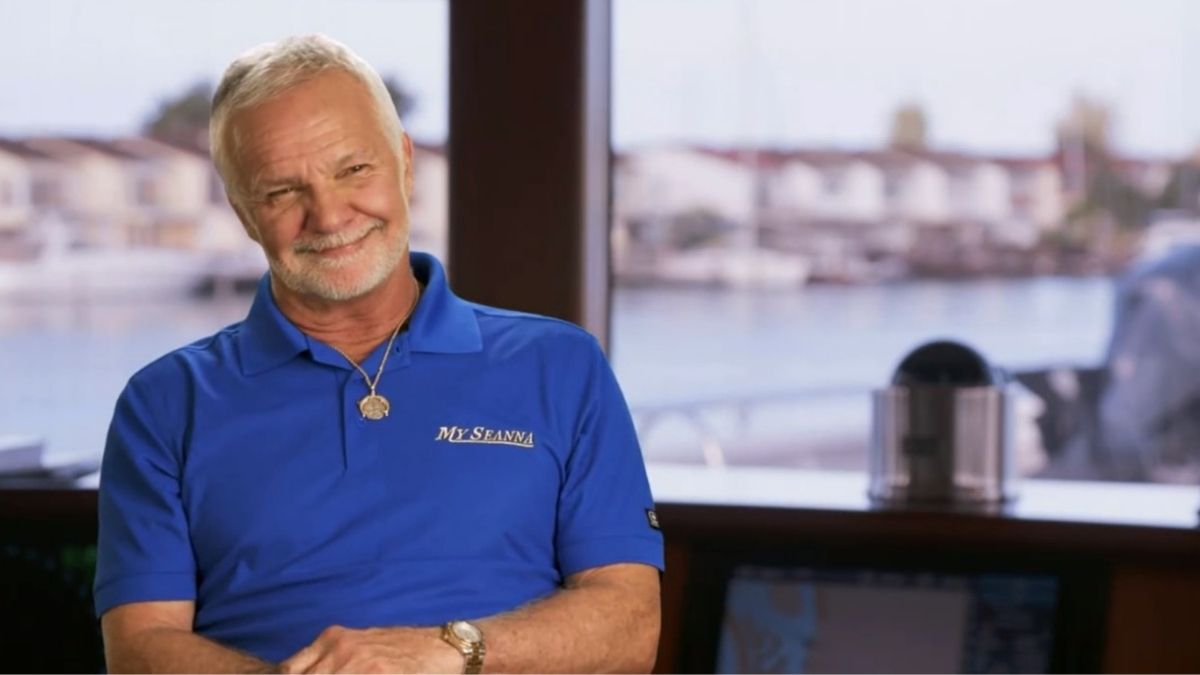 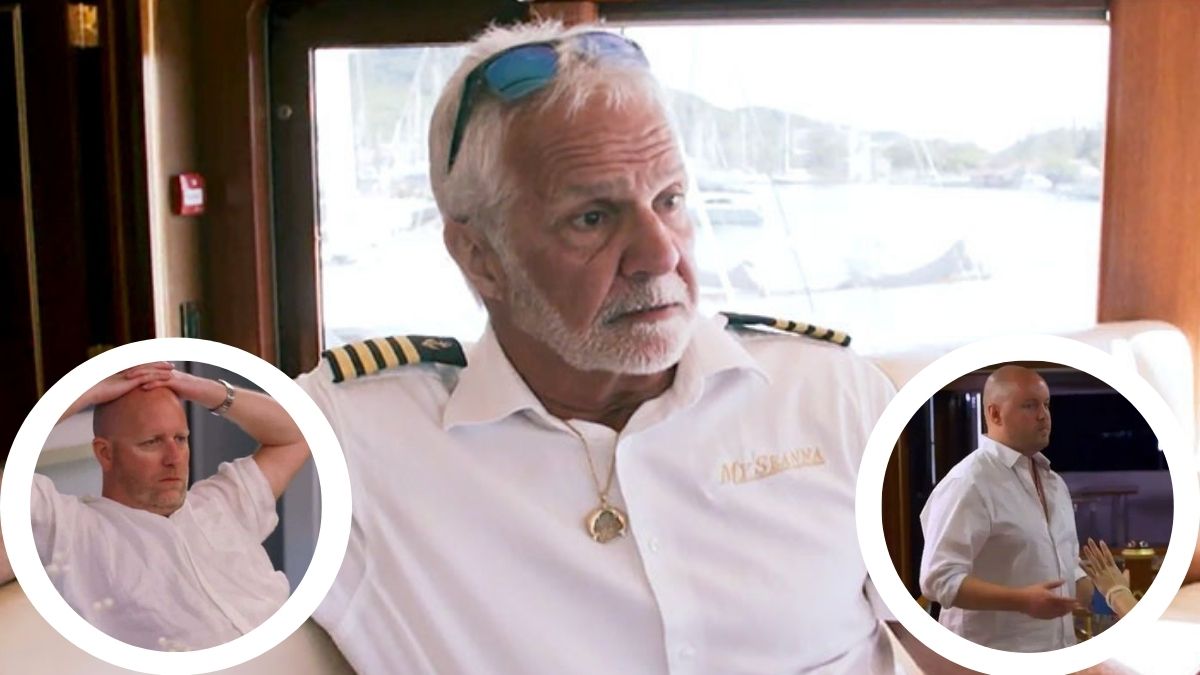 Below Deck: Captain Lee Rosbach reveals why Michael Durham and Justin Richards got to stay