Ashley Martson is living her best life as a single woman, but she’s still technically married to Jay Smith.

Apparently, Ashley is ready to finally move on from that Jay Smith drama, but he won’t sign the divorce papers. That’s going to make for a long, drawn-out, and likely expensive process in order for Ashley to get on with her life.

So when 90 Day Fiance blogger John Yates reposted a picture from Jay that showed off his paycheck (which was an envelope full of cash), Ashley couldn’t help but comment.

She told Yates in the comments, “I’d give him two of those to sign the damn divorce papers. It’s time to just sign and move on!” 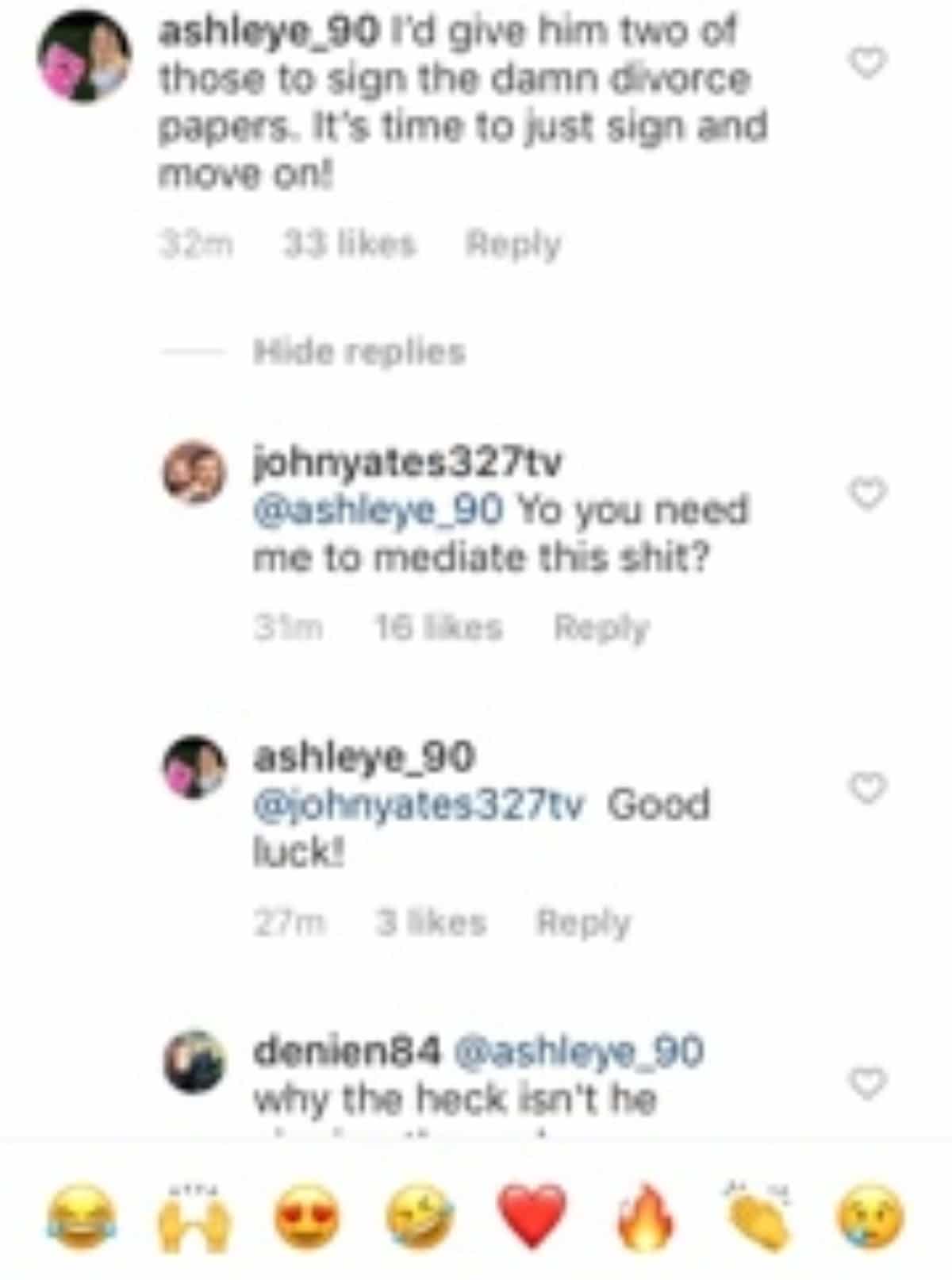 John Yates offered to mediate for Ashley and Jay in the hopes that it would get him to sign. Ashley wished her friend good luck, but she didn’t tell him not to try.

Ashley’s comments come after her wild trip to the Dominican Republic, where she partied hard with Bachelor In Paradise stars Kamil and Christian Estrada. There were rumors that the group was filming a new reality show while on the crazy Caribbean vacation, but that was debunked quickly.

In months prior to the trip, Ashley and Jay actually tried to make their marriage work again. It wasn’t until after they split that Ashley admitted to secretly trying to work things out.

That all ended quickly after Ashley pointed the finger at Jay for allegedly getting another woman pregnant again. So far, we haven’t seen anyone claiming to be pregnant with Jay’s baby, even though this isn’t the first time he’s been accused.

However, it doesn’t look like Ashley and Jay will have a future together, whether he signs those papers or not, and she’s ready to get it done.