The release date of the long-awaited 10-episode first season of the Sons of Anarchy spinoff, Mayans MC, is fast approaching, and fans are looking forward with excitement to the upcoming FX drama television series created by Kurt Sutter.

Sutter returned to direct the show after the cancellation of his short-lived FX series, The Bastard Executioner (2015). He co-wrote the script for Mayans MC with co-creator Elgin James, who also serves as co-executive producer with Sutter who is directing.

Nick Grad and Eric Schrier, co-presidents of original programming for FX Networks and FX Productions, said in a statement released during the TV Critics Press Tour in January 2018 that they were happy that Sutter and James were on board to ensure that the Mayans MC  series builds on the legacy of Sons of Anarchy, the biker saga which ended four years ago.

Sons of Anarchy (SoA) ended in December 2014 after the seventh season ended. The series’ ratings peaked during the seventh season, and average viewership  grew by nearly 200 percent since the show premiered in 2008.

Mayans MC is hoping to ride the crest of Sons of Anarchy’s success.

It’s been a long wait for fans, and as the air date approaches, here’s everything you need to know – including release date, cast and plot — about Mayans MC.

FX Networks first announced it was working on a spinoff of Sons of Anarchy in August 2015. But soon after work began on the pilot for Mayans MC, news broke in July 2017 that it was being reshot and recast, with Norberto Barba replacing Sutter as pilot director. Sons of Anarchy’s Emilio Rivera, the original Mayans MC leading actor, was replaced with J.D. Pardo as EZ Reyes.

After the pilot was reshot in July 2017, FX announced in January 2018, at the TV Critics Press Tour, that it had picked up the series for a full season.

Walk with the Mayans M.C. this Fall on FX. #MayansFX #BehindTheScenes pic.twitter.com/yASHjlQoeq

In a Twitter update in July 2018, Sutter  shared with fans that filming, which began earlier in the year, was ongoing.

Mayans MC is a biker drama series that follows the eponymous Latino gang rivals of SAMCRO (Sons of Anarchy Motorcycle Club Redwood Original). The Mayans make a living smuggling heroin for the Mexican Galindo Cartel. Sons of Anarchy made frequent allusions to the Mayans in their series, and SoA members had a number of run-ins with members of Mayans MC.

According to Sutter, during a San Diego Comic-Con panel in July, the Mayans MC series, which takes place in the same fictional universe as Sons of Anarchy, will focus on the struggles of Ezekiel “EZ” Reyes, the gifted son of a proud Latino family.

The first season of the series is set after the concluding events – four years ago — of the season 7 finale of the Sons of Anarchy saga in which Jax Teller died. Mayans MC stars a mostly Latino cast, with J.D. Pardo as the college-educated EZ Reyes whose American dream was aborted by cartel violence.

EZ is just out of prison and is struggling to re-integrate by carving out a new outlaw identity in the Mayans MC Charter on the California-Mexico border. EZ  also keeps a secret that could prove to be the undoing of his older brother Angel, also a full-patch member of Mayans MC

FX Networks released the first full trailer for Mayans MC debut season on July 19, 2018. The trailer gave eager fans their first look at what to expect of the long-awaited Sons of Anarchy spinoff.

The cable network had earlier released teaser clips for the new Mayans MC series in May 2018.

FX Networks released the first official image of the cast (see featured image) of Mayans MC in January 2018,  after the network ordered the debut season for the show.

J.D. Pardo is the Mayans MC series star, playing EZ Reyes, who returns from prison and focuses on carving out his new outlaw identity in the Mayans MC. He also seeks vengeance amid ongoing cartel violence. Sutter described EZ as “a college kid-turned-convict with a heart for poetry and a photographic memory.”

“It was one of those things where I knew what I wasn’t looking for, and then I saw JD read and there was something interesting and commanding in what he was doing,” Sutter commented about Pardo during a  2018 San Diego Comic-Con session.

Edward James Olmos (Battlestar Galactica alum) will be a series regular, playing family patriarch Felipe Reyes, described as “once-strong Mexican patriarch, crushed by bullets and hard labor, who struggles to keep his past buried and lead his sons down a lawful, righteous path.”

Felipe Reyes is the father of Ezekiel (“EZ”) and Angel Reyes. He is married to Marisol.

Jacqueline Obradors was cast as Marisol Reyes, Ez’s mother and the matriarch of the family, but has since been cut from the series and will not be in season 1 of Mayans MC.

Olmos said he was excited about the prospects of Mayans MC and that he was confident the show’s mostly Latino cast would “move the needle.”

“We (Latinos) are more than 22 percent of the population and less than 4 percent of the images onscreen,” he said. “This show is going to move the needle. It’s about time.”

Other members of the Mayans MC cast include Sarah Bolger, who will be playing Emily Thomas, EZ’s ex, now married to Miguel.

Richard Cabral will be playing sharpshooter Johnny “El Coco” Cruz, who was discharged from the military for shooting a cigar out of his commanding officer’s mouth. 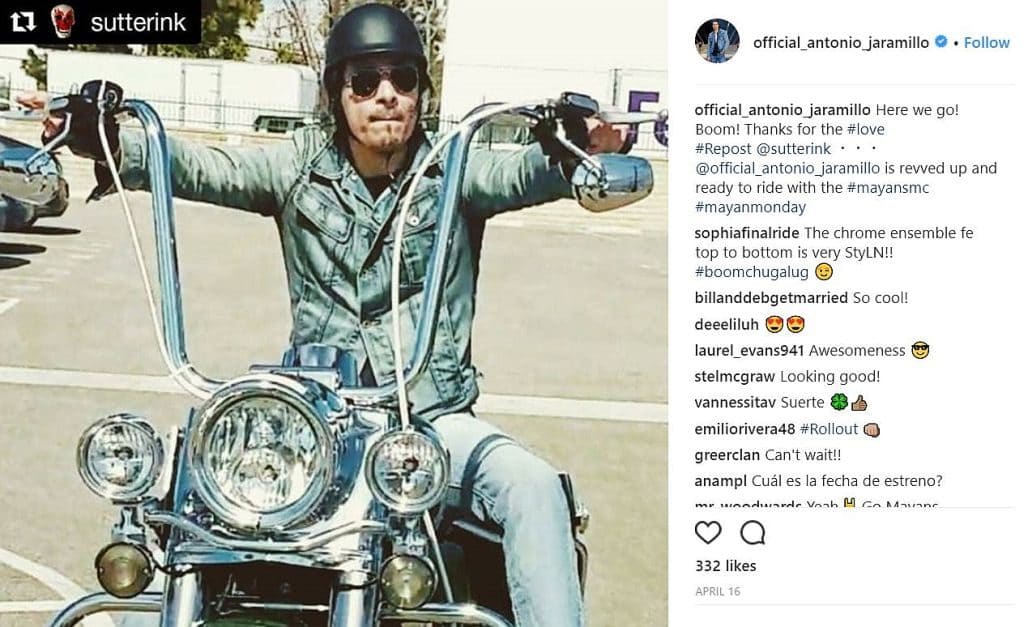 Carla Baratta plays Adelita, a beautiful but tough girl whose family was killed by the Galindo cartel years ago.

Danny Pino will be playing Miguel Galindo, described as a “Cornell grad with impeccable suits and a taste for torture.” Miguel is the son of Jose Galindo, who founded the Galindo Cartel.

This just got real. @MayansFX

Emilio Rivera will reprise his Sons of Anarchy role as  Marcus Alvarez, President of the Mayans MC Oakland Charter. He is cousin to Obispo “Bishop” Losa, Michael Irby’s character.

Gino Vento will be playing a recurring role as Galindo henchman Nester.

Damn i miss you boys! See you soon! pic.twitter.com/X0tSaTnKsu 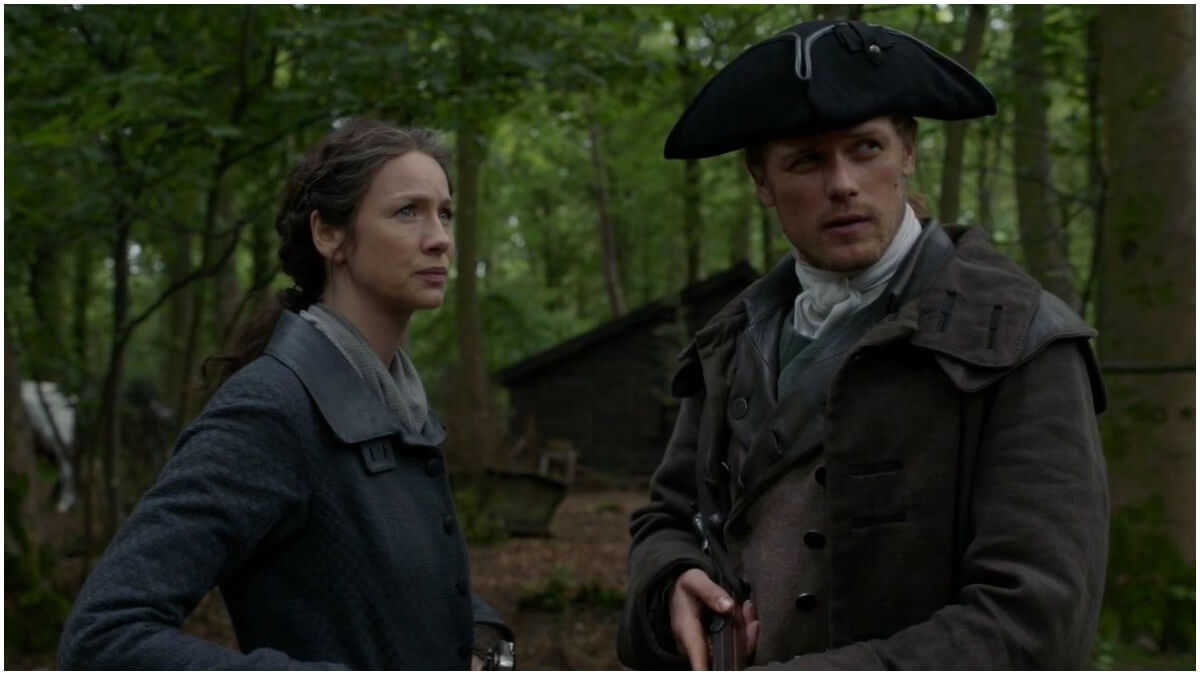 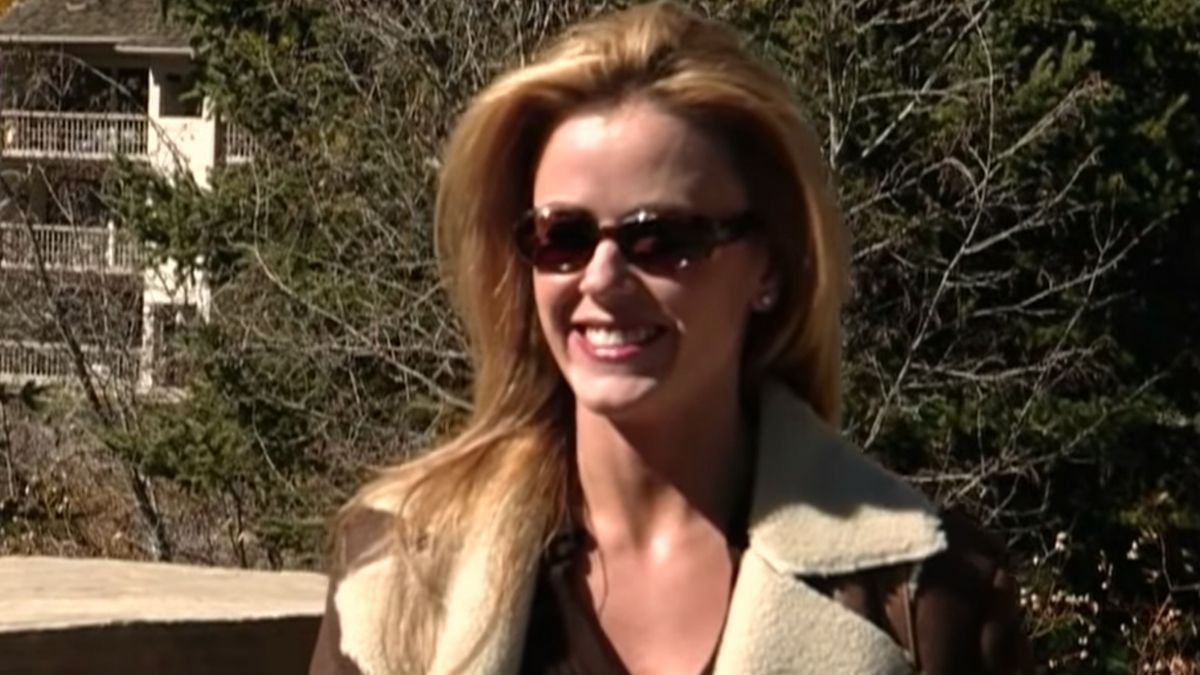