Family-friendly viewing can’t be beaten by The Beat Bugs! These adorable characters always stick together, no matter what befalls them.

Our exclusive clip shows a preview of Netflix’s new animated special of the hit kids’ series, with the Beat Bugs in a bit of a soggy jam.

They have managed to get out of their garden to attend a fancy talent show, but calamity strikes as their travels are diverted by a torrent of water sweeping them into a sewer system.

Josh Wakely’s Emmy award-winning series debuted its first two seasons on Netflix in 2016. The new special —Beat Bugs: All Together Now — drops today on Netflix just in time for the busy holidays!

The Beat Bugs are five young bugs who are all backyard buddies. Jay (Ashleigh Ball) is an impulsive beetle, Crick (Lili Beaudoin) is a creative cricket, Walter Walrus (Charles Demers) is a hammy, big-hearted slug, Buzz (Rebecca Husain) is a sunny-dispositioned fruit fly, and Kumi (Erin Mathews) is a ladybug with moxie who is loyal to a fault.

The bugs are entranced by the “Big House” living humans called Gigants.

The series features a catalog of music by the Beatles after Wakely managed to nab worldwide rights from Sony/ATV Music Publishing, and the animated action is all inspired by the imagery and characters that are found in the iconic The Beatles songbook.

The messaging is sweet and simple. Sticking together and just being there for your friends is played up with the backdrop of classic Beatles songs reimagined for young ears.

The series will have an original cover of Here Comes the Sun by Yusuf/Cat Stevens and other original covers including our clip below — showing them swept up and then adrift in the sewers singing I Want to Hold Your Hand — plus the songs All Together Now, and Ticket to Ride. 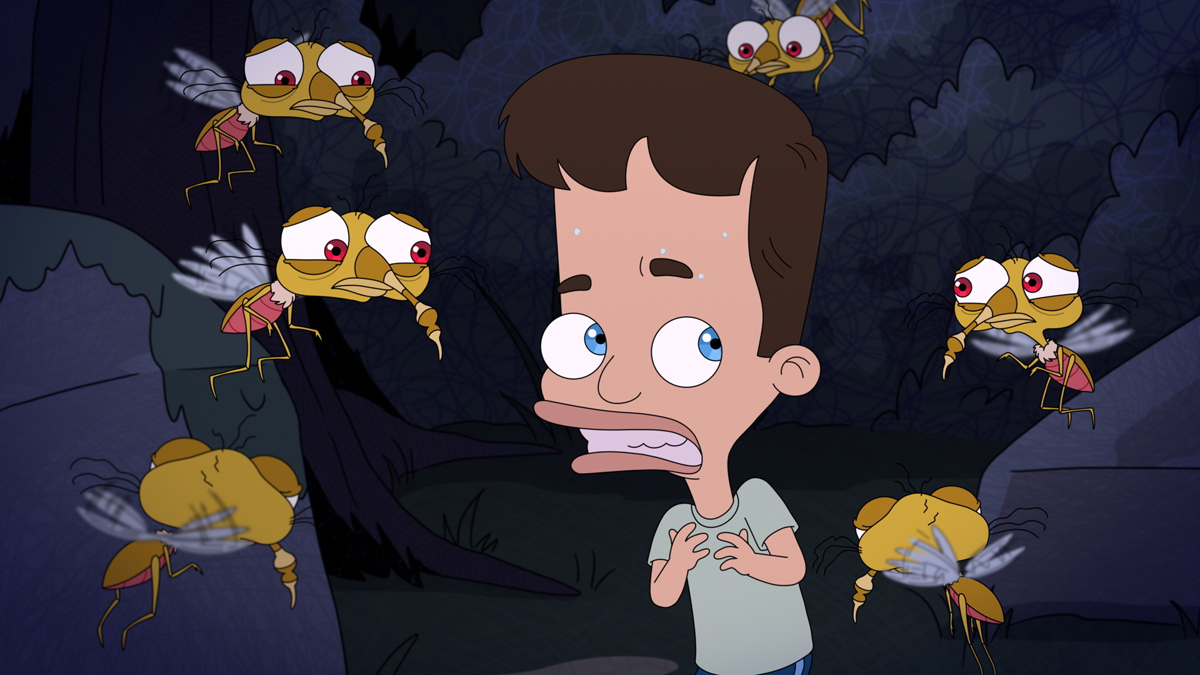