During last night’s episode of Dancing With The Stars, the 2018 tour was announced in a special performance on stage.

The Dancing with the Stars: Live tour kicks off once this season of the show comes to an end and fans across the country can go to see their favorite stars perform live. Regular viewers of the show will know that they can expect to see performances that showcase all kinds of dance styles, including ballroom, jazz, modern and hip-hop.

Here are the dates for the Dancing With The Stars: Live! tour for 2018: 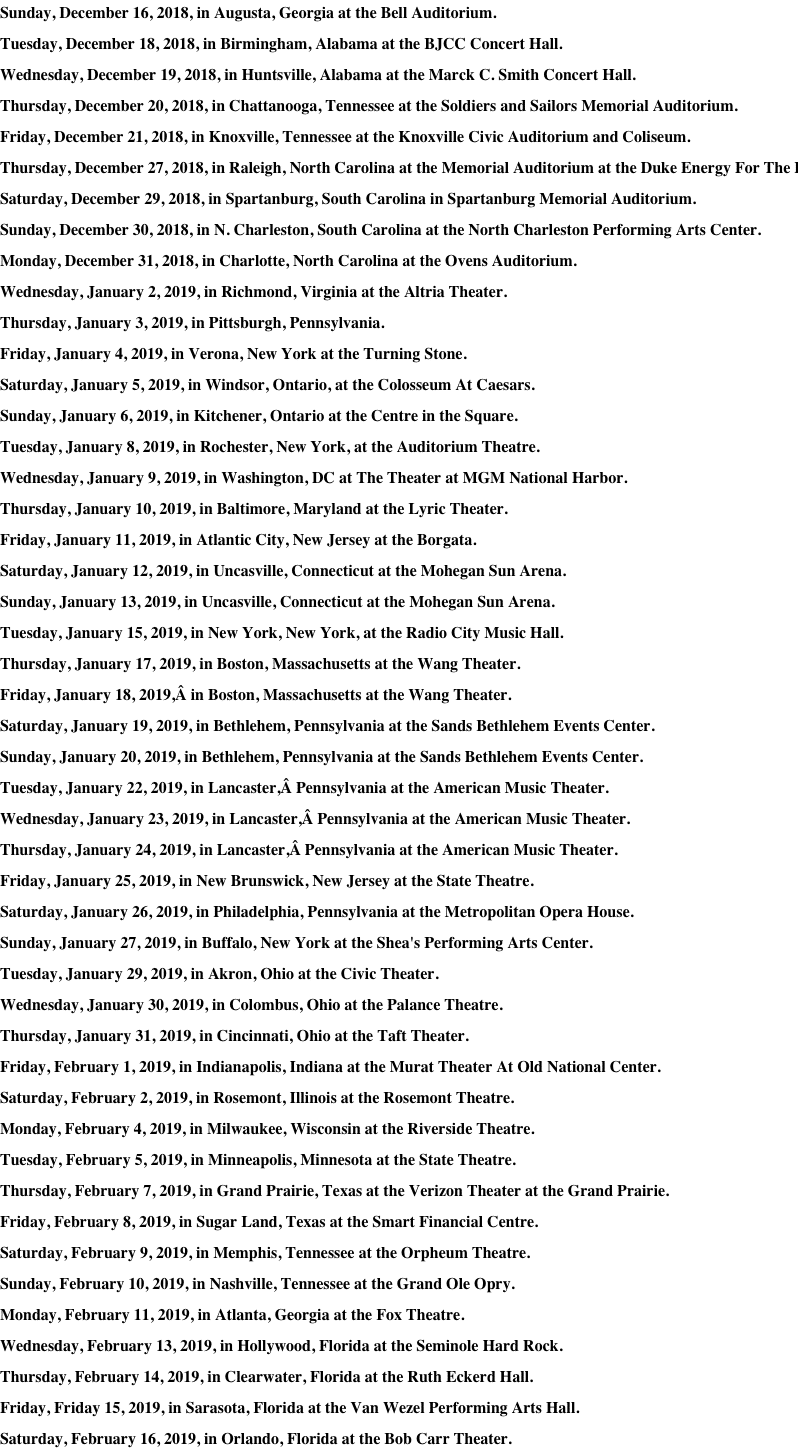 You have the option of buying tickets to the events and various Meet & Greet Packages. The latter include various additional benefits, from photo opportunities with the stars to cool merchandise.

Tickets for the Dancing With The Stars Tour are available on Ticketmaster and details of the various VIP packages can be found on VIP Nation.

The Dancing With The Stars Tour 2018 kicks off on Saturday, December 15 in Columbia, South Carolina at the Township Auditorium.