Even the Love & Hip Hop: Atlanta cast was shocked to win the Reality Royalty award at the 2019 MTV Movie & TV Awards. As much of the audience looked shook, it was Angelina Pivarnick from Jersey Shore who was the shadiest.

As Karlie Redd, Lil Scrappy, his wife Bambi and Spice took the stage to accept the award, cameras panned over the audience. From shocked drag queens to stunned The Challenge stars, everyone seemed surprised about the VH1 series’ win.

But when the camera got to the Jersey Shore cast, it was Angelina Pivarnick who made it clear that no one was expecting the Love & Hip Hop: Atlanta cast to take the prize.

The Jersey Shore star can be seen in the clip below mouthing, “What the f**k!” And it’s clear that a lot of people felt that way but if that’s the case, maybe they should tune in and see what the show is all about.

Angelina continued to throw shade at Love & Hip Hop: Atlanta in her Instagram stories. She even called the LHHATL win “complete bulls**t.” She insists that she knows their fans voted for them and clearly thinks the Jersey Shore cast should have won.

It sounds like somebody isn’t very good at losing.

The Reality Royalty competition was fierce with MTV’s The Challenge and Jersey Shore: Family Vacation, Bravo’s Vanderpump Rules, and ABC’s The Bachelor all nominated.

While accepting the award, Karlie Redd commented that they really didn’t expect to win the Reality Royalty trophy and even joked that they had planned to sneak out when it was announced. Lil Scrappy even said he thought they were “too ratchet” to win an award. 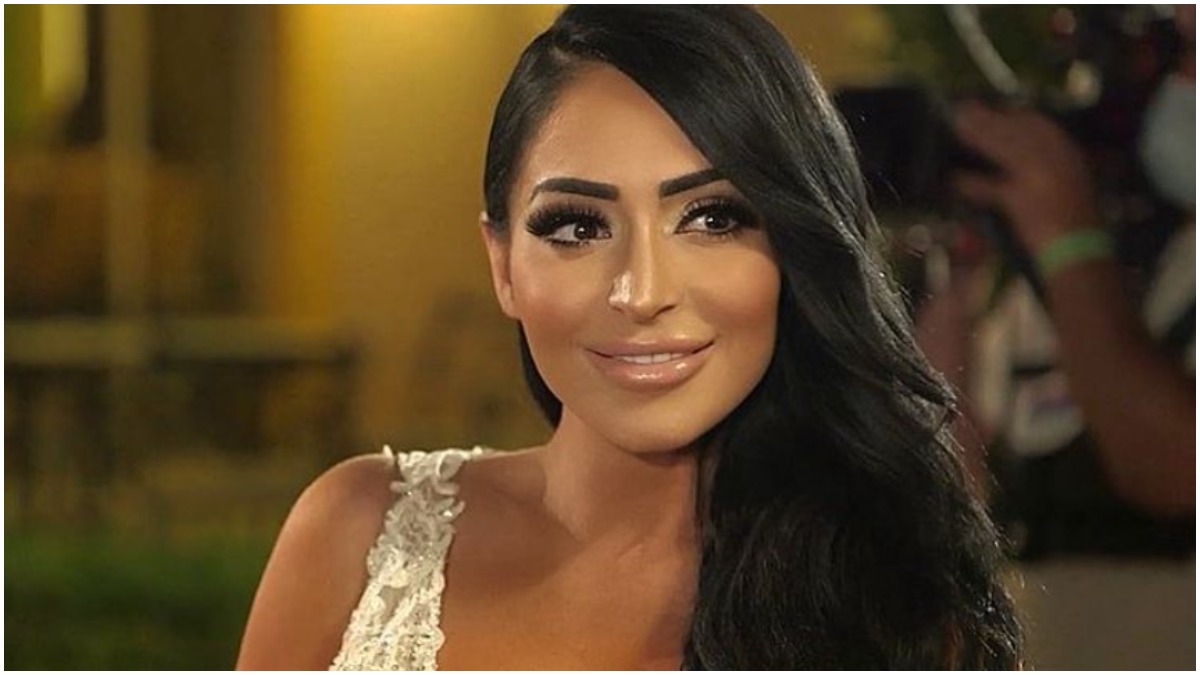