There are two decidedly different dramedies on Netflix that may (or may not) be worth your time to check out and binge for the weekend.

Both of these March 2019 original series releases straddle comedy and drama and heavily feature London…although Elba’s show, the eight-episode Turn Up Charlie is more of a jet-setter.

In After Life, Gervais plays a familiar character caught in the grieving process who must re-learn how to enjoy his life again and find value in his own, with a brilliant supporting cast to help him on his journey of rediscovery.

Conversely — a huge caveat for viewers — Elba’s Turn Up Charlie is not one for the kids at all. It features a load of casual sex and drug usage, so you are forewarned.

Not everyone out there knows that Elba has a serious music sideline concurrent with his admirable acting CV. Of note, his vibrant music talents will be shown off at this year’s Coachella Music Festival.

This eight-part series felt like an homage to the Hackney working-class and African immigrant scene that Elba hails from. It’s hard to see our fiercely focused Luther or Stringer Bell portrayed as a bit of a loser D.J. who squandered his one big chance for success become this Charlie, a supplicant to his schoolmate chum-turned-wealthy actor.

Charlie is unwillingly and conveniently sucked into the 1%er world and vortex of hired help as he becomes the “hot manny” and scores a redo in the process on his music career he pissed away.

It’s also an unlikely buddy story between Gabrielle (Frankie Hervey), the poor little rich girl with a penchant for causing big trouble, and Charlie, the one who sees through her BS. Hervey is wonderfully naughty and emotionally resonant in her role.

This series feels like Elba favors the music crowds and really wants to see this more light-hearted effort take root. The series did not flesh out some of the more watchable characters and what we were left with were caricatures of overbearing, overly religious African parents and not enough time to dive deeply into some of the more interesting supporting cast.

Through luck and circumstance, Charlie has a dear old friend, David (J. J. Feild), now a world-wide film star who wishes to return to London with his wife, Sara (Piper Perabo), a Diplo-level D.J., so that their 11-year-old daughter Gabrielle may have some semblance of a family life.

David also wants to try his hat in serious West End Theatre to see if he can go the esteemed actor route too and maybe impress his classically dismissive East Ender working class father who shoots down David’s accomplishments at every turn.

Wife DJ Sara comes with an entourage — Astrid (Angela Griffin), her man-eater globetrotting manager, Tommi (Jade Anouka), her non-binary producer, and then there’s the kid, Gabs, who is sort of an inconvenience in the scheme of the fame and fortune race.

Gabs drives out every hired hand they have to mind her, until Charlie is there at the right time and, bingo, you get the drift. He’s drafted by her exasperated parents who trust him implicitly. What happens over the course of the series is Charlie’s lost momentum in the music scene is resurrected by Sara who slowly begins to fancy him. Meanwhile, manager Astrid is in a race to steal him away as a client and keep him as her lover.

There’s an annoying sitcom-like thinness to the storytelling and character development, but it ends with a load of possibilities set up for Charlie, who ends the run on a high note.

There are also other questions too — the use and accessibility of all sorts of drugs while Gabs is running the roost, her “friend” from her posh school, Hunter, who sells drugs and steals things without any remorse, and no backstory on how Sara found Astrid who clearly have a deep relationship, but why?

I would have liked to know more about Charlie’s auntie Lydia (Jocelyn Jee Esien) who was at her best when she was trying to buck up Charlie in a phone call after he gave away her secret (she’s gay) to his judgmental parents.

Turn Up Charlie was released on March 15. If you want to see a funny show about West London immigrants making their way in the music scene, check out People Who Do Nothing on Netflix instead.

Netflix original series After Life is a much more satisfying emotional watch that calls upon Gervais’ past material in subtle ways for a new story about a broken man, Tony Johnson.

Tony, if not for the love of a sweet and emotionally present dog, would have offed himself right after his wife lost her battle to breast cancer.  Gervais’ Tony eventually sees past his own grief and learns to love again. Getting there is the fun ride as only Gervais can take serious subjects of wanting to kill yourself to comedic levels, despite tragic events around the process.

Fans of Extras will dine on the budding relationship Ricky Gervais has through the course of the short season with Ashley Jensen, cast as Emma, a nurse working at Tony’s dad’s (David Bradley) nursing home.

It was her Extras character Maggie who was the sweet true North for the fame-sotted Andy Millman (Gervais), her acting buddy-turned-Brit catchphrase superstar.

Andy’s tear inducing epiphany on live telly during a Big Brother celebrity house episode about what really matters in life was the end of the series’ season two Christmas special. If you have never seen that scene (set to Kate Bush’s profoundly moving song, Woman’s Work), bring tissues.

This series, After Life, borrows sentimentality notes from that heavily, and through the consistency of Jensen’s caring attention to his failing dad, we are reminded that these two are really splendid in scene together.

Fans of Gervais will recognize some generous weaving of his past comedic material in this series that revolves around the rebirth of Tony, a widower who is shown at work and at home trying to find a reason to keep breathing.

Humor and wit are weaponized against people until he starts to soften up a bit, and realizes that everyone’s gig on Planet Earth is beset with tragedy and loss…and a more empathetic Tony starts to take root.

Of note to watch for are the fine moments between Tony and Dame Penelope Wilton who is cast as Anne, a widow who Tony meets at the graveyard. Her unfailing good cheer eventually help Tony look at his situation with a different lens.

Also memorable are the moments between David Bradley as Ray Johnson, Tony’s dad, who suffers from dementia and lives in a nursing home. One scene sees Ray in a split second become in the moment and present for Tony, showing off Bradley’s lional acting skills with few words but facial expressions.

The scene artfully brings home what a cruel slow death that Alzheimer’s is and how adult children coping with a parent who is failing suffer with each interaction.

In the end, Tony realizes that its more important to be kind than cuttingly clever, and he has an almost Bill Murray-esque transformation similar to what Murray’s respective characters had in the classic films Groundhog Day or even Scrooged.

The “appreciate what you have and don’t be a dick” light bulb goes off for Tony and he can see past his pain to be a real friend and sympathetic ear to others around him, especially the ones at his place of work, the Tambury Gazette, who he mercilessly carved up with his tongue in the beginning of the story.

After Life is a satisfying watch from Gervais, and well worth your time. 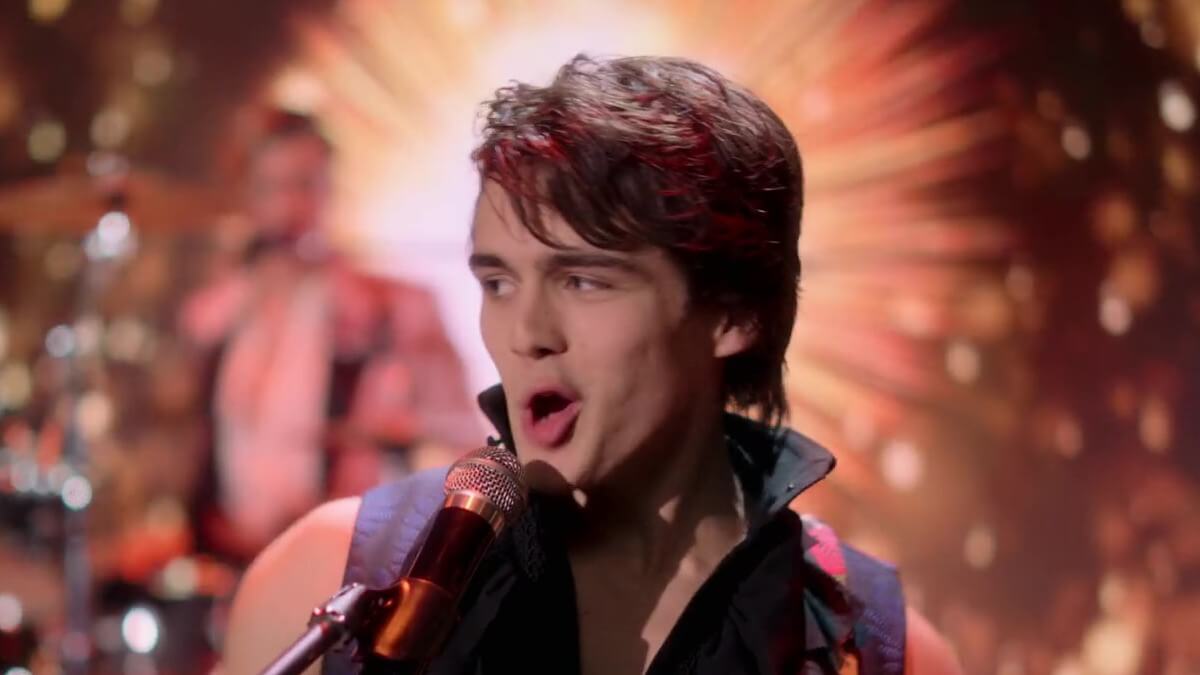 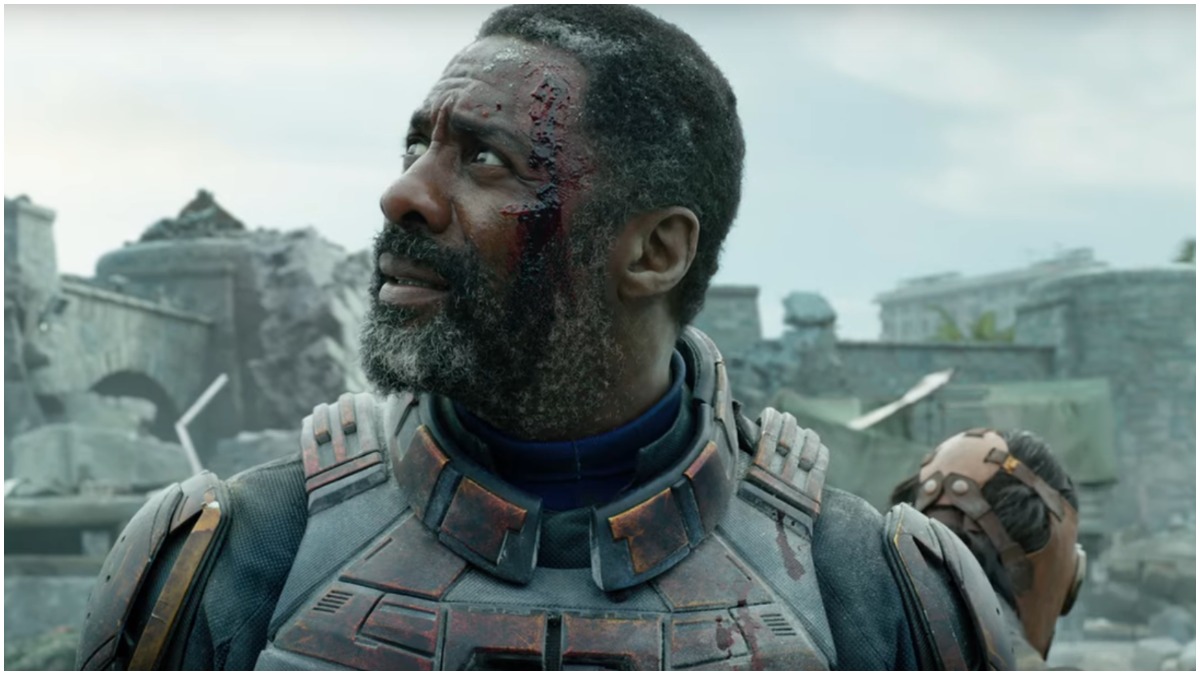 The Suicide Squad: Who is Idris Elba’s Bloodsport?
RELATED POSTS