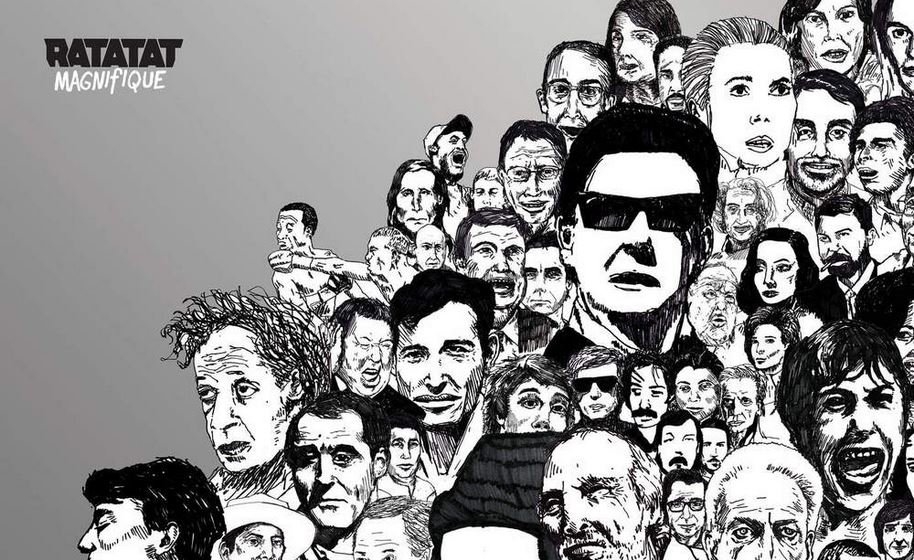 Five years since the interesting but-inconsistent LP4, Ratatat are back and are as strong, if not stronger than ever. Their time off shows–the duo have grown up, matured and refined themselves. That doesn’t mean that they’ve gone soft, esoteric or lost their sense of fun–in fact, the record is probably sharper and more engaging because of it. The beats are hard, riffs are strong and the songs find a nice balance between the familiar and the refreshing–a trait missing from their previous two albums.

After a tone setting intro that sounds like classic Queen flipping through radio stations, things kick off with the glossy, funk-fused single “Cream on Chrome.” Within the first minute, we’re in familiar Ratatat territory in a very good way. Parts are cleverly layered one at a time for maximum punch while careful attention to dynamics let the track breath, build and break with ease, keeping heads bobbing until it comes to a satisfying close before anything gets too tedious.

Another flip through radio and static (including a pitched down bit of dialogue reminiscent of their debut record) finds us at the title track–a breezy, low key number that paints pictures of forgotten French beaches. It was a bold move putting such a slow song at the front of the record, a move that I’m still not sure worked, but its beauty, brevity and bravery are all to be applauded.

Things pick back up with “Abrasive,” showcasing the band’s trademark blend of indie rock chord changes, fuzz guitars, nostalgically catchy melodies and a classical composers knack for harmony, all coming together to make an, erm, classic representation of the group’s style. One thing displayed here and through the rest of the record is a newfound appreciation for understatement–Ratatat are unafraid to drop the thumping drums for a section and let the song breath, knowing that they’ve already captured their audiences attention.

In this restraint, they find new ways to keep our ears open–an often difficult task for instrumental electro-rock to achieve. These patterns of refined familiarity are repeated across the more standard tracks off the album, while snippets of filtered radio waves and dreamy bits of beach bliss (such as the aptly titled “Drift”) help break up the record and offer new sounds for the band to explore.

The sprawling, six-minute “Nightclub Amnesia” is clearly the most club-oriented song, and it’s a sound that suits them, once again helping differentiate the listening experience. On the other hand, “Cold Fingers,” “Countach,” and even the triumphant “Rome” all suffer the same fate as many, otherwise great Ratatat tracks: while gorgeous and impeccably structured, one can only listen to so many mid-tempo, 4/4 instrumentals before they all start blending together.

This fact is amplified when many of the songs are built off of similar melodic phrases and the same trademarked, sustaining Ratatat guitars. The one other thing that consistently bugs me about the band is that the songs are always so well put together that it leaves little room for error, noise, tension and consequently, excitement. We always know that things are going to end up exactly where they need to, which is both comforting and a little safe for a fully satisfying listening experience. That said, the random bits of radio (along with a few surprises in drum programming) show the band trying to alleviate some of this logical tedium.

Overall, these are minor gripes with an otherwise excellent return for a band that’s been out of the spotlight for so long. Magnifique proves that Ratatat remember what makes them great while showing that they still have plenty of room to grow. The album art, reminiscent of The Beatle’s Revolver, is interesting and indicative of the record’s relatively varied contents and the, gritty, stylish and mature direction they’re headed. I look forward to seeing how Magnifique translates live alongside older tracks and if an audience can help them inject some life back into the songs.

Is Eve leaving Days of our Lives now that Jack has his...