As The Challenge: Spies, Lies & Allies cast returned to headquarters from elimination, Priscilla Anyabu and Jeremiah White were in full celebration mode after their win.

Nelson Thomas and Josh Martinez talked with Priscilla about her game-changing move. In confessional, Josh said he was worried they’d be a target for everyone to vote into elimination.

Tori Deal spoke with Josh and Cory Wharton about how a veteran will get voted into an elimination for the first time. Cory said the vets need to realize they played a solid game, but now it’s time to “clock in” and go to war.

The veteran alliance is officially divided

Josh talked privately with Ashley Mitchell, Kyle Christie, and Amanda Garcia about what Cory said earlier about “let the games begin.” He suggested that Cory is working with rookies Priscilla, Jeremiah, and Bettina Buchanan.

He also said Devin Walker is working with CT Tamburello, Kyle Christie, and Ed Eason. They were unsure where rookie Logan Sampedro was as far as his loyalty, though.

Amber Borzotra enjoyed some time with Jeremiah, who she said was comforting for her in the game.

In another scene, Cory spoke with Devin about where his head was. Devin told him he wants to see a veteran non-champion win this season. He told Cory he should be fine because he doesn’t wish to see CT or Ashley in another final.

Logan and Big T Fazakerley talked about targeting her partner Nelson as their strategy for the game since he wasn’t working with them.

You Might Also Like:  The Challenge 500th episode promo: Cast members reveal who they want to do a season with

TJ Lavin introduced the daily challenge with a mud-filled crater full of different color balls or “bombs.” The teammates had to rush down into the mud and grab their specific color bombs. They would bring them back to their detonation station. The final ball they needed was a silver bomb, but there were fewer silver bombs than teams.

TJ told them they’d compete until only one team was left standing, and that would be The Agency who was safe from elimination. Due to the physical nature of the mission, it involved some agents tackling down and battling castmates to get those silver bombs.

CT tackled Ed down, and Josh took off with the ball. However, Kyle battled with him, and then Cory tackled him down. Josh got upset over the others going against him. Moments later, Cory tossed the silver bomb to Jeremiah, and other vets took notice. Kyle managed to get the bomb away and threw it to Ed, who escaped the round with Ashley.

Cory and Josh started arguing after they lost in the daily mission. A member of the security team got in between them to prevent more of an altercation. Cory told Josh he was there to win, and they aren’t “down there playing Patty Cake.”

After the agents advanced through two rounds, it came down to the final teams of Ashley and Ed, Big T and Nelson, and Nany and Logan.

Ed, Logan, and Nelson fought over the silver bomb. Logan told them not to fight him, and they’d be safe. Nelson tackled Ed away so Logan and Nany could win. They became The Agency.

Ashley started to have a meltdown while speaking in a room with Josh and Amanda. She was paranoid that Cory and Tori would try to get votes against her, so she’d go into elimination. Josh tried to assure her he’d work with others to make Cory the house vote and protect her.

You Might Also Like:  The Challenge spoilers: Spies, Lies & Allies Episode 5 sneak peek teases more romance in the house

During the cast’s night of partying, Nany told Priscilla she doesn’t need to worry about going back into elimination. Amber talked to Ed and Ashley about how she feels like nobody talks to her. Ashley said it’s been the way it’s been for her too. They agreed it’s because they’re Challenge winners.

The Agency, Logan and Nany, talked about putting Cory and Bettina into elimination against Jeremiah and Amber. Nany said she liked that plan because she lost to Amber in last season’s final.

Cory rallied Priscilla, Nelson, and Big T to vote in Ashley at deliberation. Apart from that, Ashley talked with Devin, Tori, CT, and Kyle about them voting Cory and Bettina into elimination because Cory is working with rookies.

At deliberation, Cory said he’s never made sneaky deals or backstabbed others. He tried to paint a picture that Ashley was a snake for backstabbing Hunter Barfield when she took all the money on Final Reckoning.

She told everyone Cory plays in the middle of voting, and that’s how he gets to finals. They argued back and forth. Nelson got involved and asked Amanda why she is sticking up for Ashley who only gave her a $500 gift card after winning $1 million on Final Reckoning.

After 20 minutes was up, everyone voted with Cory and Bettina as the Compromised Agents.

Cory got into an argument with Kyle who said he didn’t trust anything Ashley said. Cory asked him why he voted how he did, then. They had a war of words before Kyle walked off.

You Might Also Like:  The Challenge: All Stars' Jisela Delgado gives update on her situation with castmate Alton Williams

Bettina talked to Cory about choosing new teammates if they won elimination so they wouldn’t be house vote next week.

The Compromised Agents Cory and Bettina went down to the ground level of The Lair for the elimination. Then it was time for The Agency to give them opponents. They chose Jeremiah and Amber to face them in elimination.

TJ introduced the latest elimination event involving transporting puzzle pieces across a balance beam from one platform to another. They had to work together to ensure they were balanced based on their weights. The first team to get their pieces to the opposite side and solve the puzzle would win.

Amber came up with a smart strategy where she did a crabwalk and Jeremiah used his strength to move her across the beam. Cory and Bettina started using a similar strategy trying to catch up but were struggling. Fatigue and stress were taking a toll on everyone’s bodies.

Cory and Bettina used a new strategy to stay closer together as they moved across the beam. It worked out well to help them catch up. Bettina started working on their puzzle and eventually won the event.

Amber and Jeremiah said farewell to their castmates. Amber said she and Jeremiah will stay in contact after this.

TJ congratulated Cory and Bettina for a great win. They thought it was time to decide their teammates, but TJ told them to go rejoin the group. He told them they need to be prepared for anything and he’d see them soon. With that, Tori and Devin were left partnerless. 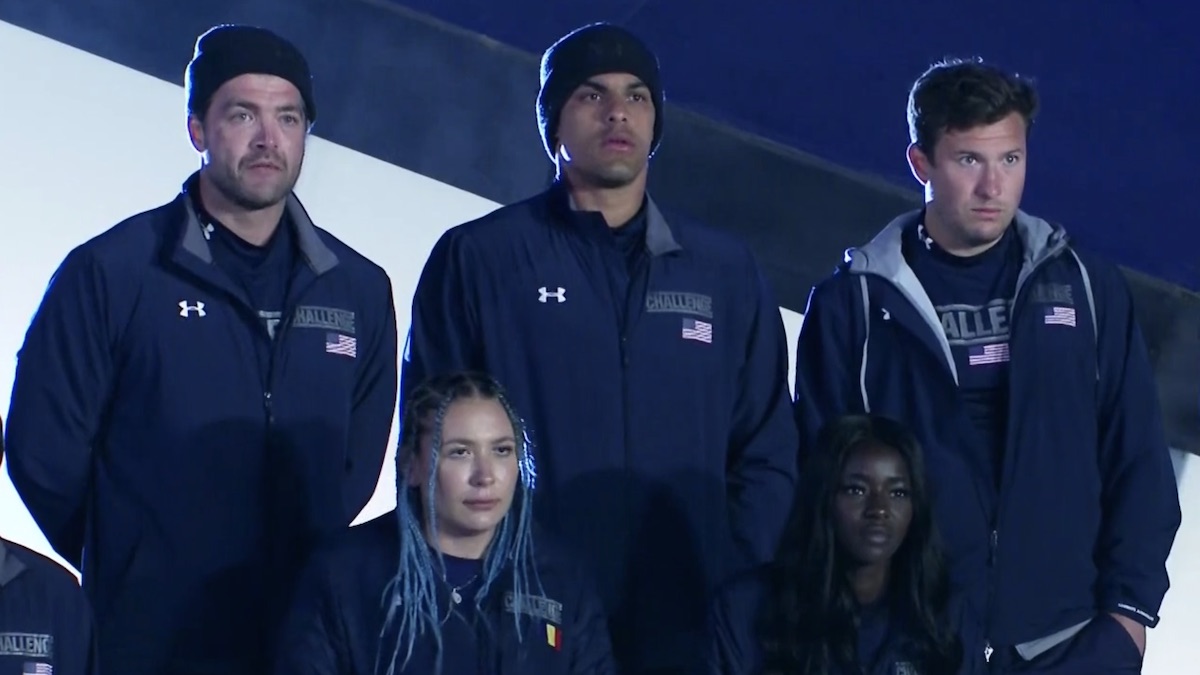 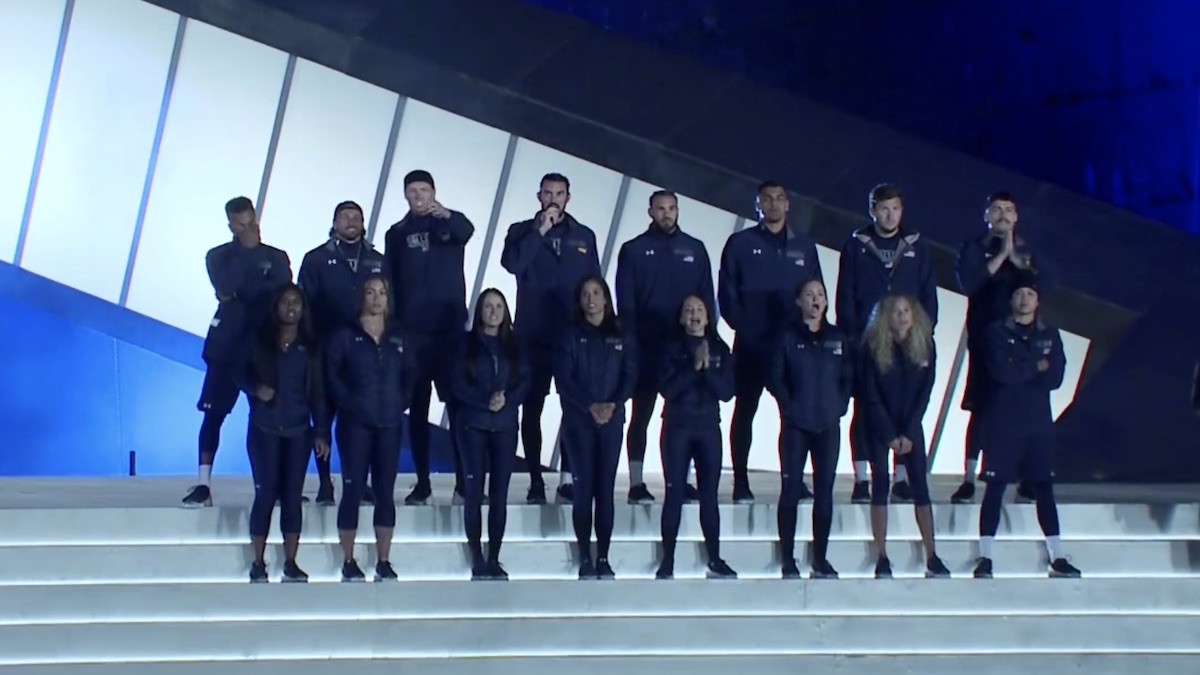