News broke last month that the entire Edwards family was fired from the show, including Larry, Jen, Ryan, and Mackenzie. Ryan’s wife, Mackenzie, stated that the reason was so producers could focus on Maci’s accomplishments, rather than focus on the drama between the families.

When asked if they were spending enough time with Bentley, Jen and Larry opened up

Host Nessa opened the clip by asking Ryan’s parents, Jen and Larry, if they were spending enough time with their grandson, Bentley.

Jen answered, saying that she and Larry would like to be able to spend more time with Bentley, but that they understand he’s busy with sports, school, and time with his friends.

Dr. Drew wasted no time getting down to Larry’s recent interview where he claimed that Maci was limiting his and Jen’s visits with Bentley.

Larry was honest in his answer, saying that he thought Maci limited visitation, but he didn’t necessarily blame her for it. Larry made headlines early last month when he accused Maci of mistreating Ryan, claiming that Ryan hadn’t done anything to deserve the treatment he received from Maci and Taylor.

When Dr. Drew asked Taylor his thoughts, he didn’t hold back

Dr. Drew asked Taylor for his thoughts on the topic. He said, “Since I’ve been around, I know this woman has bent over backwards to make sure that Bentley kept a relationship with them through everything that Ryan has put us through.”

When Dr. Drew went back to Larry for his opinion, he plead the fifth and said, “I got nothing to say.”

Dr. Drew pushed further when he addressed Larry’s comments this season about Maci “putting things in Bentley’s head” and turning Bentley against his dad, Ryan.

He seemed irritated with Dr. Drew’s question when he continued, “Is there anymore you want to know about it?”

Dr. Drew tried to change the subject somewhat, noting the tension in the room between Maci, Taylor, Jen, and Larry. He followed up by asking Larry if he thought their relationship could be repaired.

Maci spoke up and revealed that Jen and Larry’s feelings were a shock to her after watching the show.

Speaking of the allegations of manipulation, Maci said to Jen and Larry, “I did not know that existed. Like, I didn’t know that that’s how y’all felt.”

“I mean, if you put yourself in our place and if Bentley had a problem down the road, I know for a fact that you would do everything in your power to support him.”

Maci agreed that she wouldn’t give up on Bentley in a similar situation, and stated that she has never thought Ryan’s parents should turn their back on Ryan.

But before she could continue, Larry couldn’t hold back and he interrupted.

He told Maci, “Hold on. You said that we put him in an unsafe situation.” Larry shook both of his hands and sat on the edge of the sofa to get his point across as he got heated, and continued, “Let me tell you something. Never would that ever happen. Ever.”

As Larry scooched closer to the end of the couch, looking as though he might get up, Jen put her hand on his leg and repeatedly asked him to calm down.

Taylor seemed threatened by Larry’s behavior and fired back

Taylor took it as a threat and told Larry, “Don’t you buck up at me.”

Larry couldn’t hold back and he continued, saying, “I’m gonna tell you what we did and when…”

At this point, Taylor moved to the edge of his seat, too. Taylor spoke up, pointing his finger at Larry, “When you’re forcing him to when y’all are showing up to something and you’re telling him ‘Go over there and give your dad a hug, go take a picture with your dad.’ Bentley is a child.”

There is still so much for viewers to see unravel in the reunion special, and not just between Maci, Taylor, and the Edwards.

Fans caught a quick glimpse of other cast members, Josh McKee and Amber Portwood, going off in a preview released earlier this week.

Fans can catch part one of the reunion special, which is sure to entertain, this Tuesday, April 20 at 8/7c on MTV. 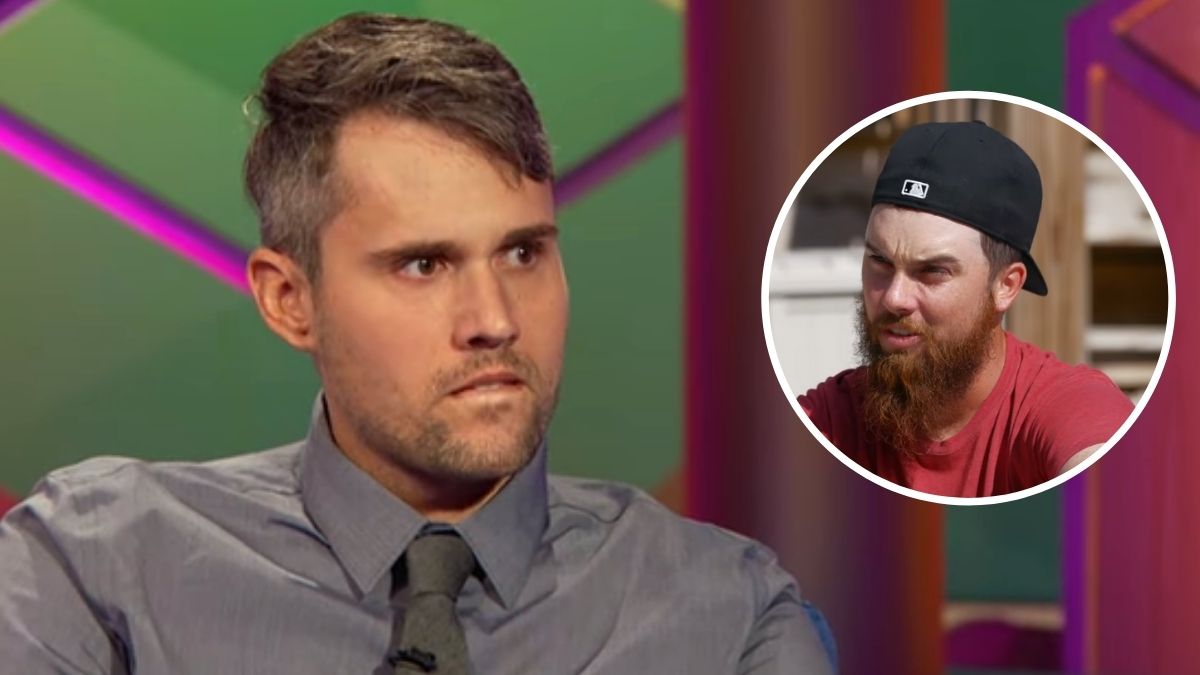