Big Brother 2020 spoilers are coming from the live feeds and they have yielded some interesting conversations today. These conversations are possible because the plan for the next Eviction Ceremony is already set.

The Committee is in complete control of the game and that means someone outside of the alliance is about to become the second member of the BB22 jury.

When Tyler Crispen won the Power of Veto and decided not to use it, the stage was set for the house to vote on Da’Vonne Rogers and Kevin Campbell on Thursday night. And the decision on who to evict has been made.

With the decision now set in stone, it was time for some of the houseguests to start looking ahead. That’s where some important conversations between Memphis Garrett and Christmas Abbott come into play.

What do Memphis and Christmas plan?

I HAVENT WATCHED THE FEEDS ALL DAY WHAT DID I MISS #bb22 pic.twitter.com/yznO9jyS9I

As part of the long-term plans that Memphis and Christmas were talking about today, they are planning out how to “clip” Nicole Franzel and Daniele Donato. They also discussed making Dani a pawn in order to get David out first.

Christmas said that if she wins Head of Household then Kevin and David are going up on the block. If Kevin wins the POV, the plan is to then take a shot at someone. Either Dani or Nicole would go up on the block and the plan could be to vote one of them out.

They said that if David were to win the POV, the plan would be to put Nicole up on the block as a pawn. They would then vote out Kevin. They fear using Dani as a pawn because they think that she would take it personally.

The conversation even advanced to talking about what might happen during the second part of the Double Eviction on October 1. At that point, they would be taking a real shot at Dani and/or Nicole.

Memphis tells Xmas about his talk with Kevin.
Day's speech comes up.

Memphis: No one wants that in the house. It's bad energy.

Xmas: A negative driven speech. Obscure about who you're talking about. Also, you're tired of being nice?#bb22 pic.twitter.com/dA9i0pMPex

Line in the sand has been drawn

It looks like Dani and Nicole are really on the outskirts of things and that their continuous focus on pushing the lies on Da’Vonne is distracting them from the real problems ahead of them.

Once Da’Vonne is gone, it leaves just Kevin and David as shields. If one of them wins HOH or the Power of Veto, it means someone has to become a pawn or a target. Everyone loves Enzo Palumbo right now, so it means a shot from The Committee is coming.

These Big Brother 2020 spoilers definitely hint at next week becoming very dramatic and that the person who wins the Head of Household Competition on Thursday night is going to have some blood on their hands by the end of the week.

For Nicole, she has safety from other people (like Cody Calafiore), but Dani may have run out of allies that want to make it deep into the game with her. If she is pitted against Nicole, then Dani will have run of of time on Big Brother All-Stars 2. 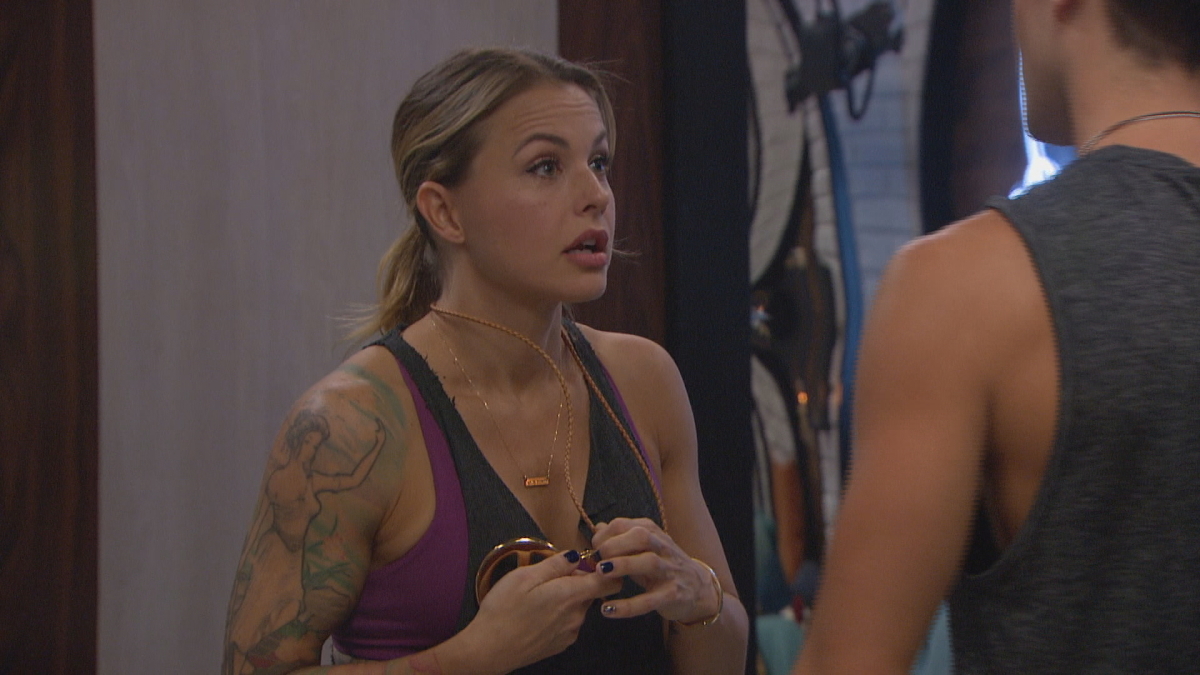