This week on The Curse of Oak Island, the team found themselves in a state of despair after they were ordered to cease operations in a hugely important area of the island.

The guys spent a lot of this week working on the southeastern corner of the swamp, where they found a couple of very significant artifacts. Unfortunately, one of these artifacts would prove to be so significant that it caused the guys to cease working.

Firstly, Rick Lagina appeared to stumble upon a brand new stone feature, which seemed to be an arrangement of human-placed cobblestones. This led the guys to wonder if it was another section of the cobblestone roadway that they spent last year uncovering.

Rick called this another “A-ha” moment and later stated that this find could be hugely significant for their work.

However, archaeologists Laird Niven and Liz Michaels also came across an intriguing find, a very old and very delicate piece of pottery.

Laird almost instantly identified it as belonging to the Mi’kmaq people, First Nation native Americans who traditionally inhabited Nova Scotia. This meant the pottery could be between 500 and 2500 years old.

Laird followed the rules as laid out by Nova Scotia’s Dept. of Communities, Culture, and Heritage (CCH) and informed that organization and the Acadia First Nation council of the find. He also warned the Lagina brothers that the CCH might ask them to stop working in that area.

And sure enough, that’s precisely what the CCH did. The Acadia First Nation council and the CCH requested all the data and maps that the guys had of the area and asked the Fellowship to “cease and desist immediately” until they could get their own people to review the data and visit the island.

The CCH provided our guys with a map of the island where they shaded various parts in red. Red meant off-limits; the Fellowship were now excluded from four acres of the island, including the area with the stone roadway.

Marty Lagina’s anger and frustration boiled over. He pointed out that the team wanted to cooperate with the authorities but felt they were now being hampered on their own island. It seems the more they uncover, the more of their island is taken away from them.

Marty spoke of throwing in the “towel” and just concentrating their efforts solely in the Money Pit area, the one part of the island where the guys still have free reign.

At this point, the War Room took on the atmosphere of a funeral. There were depressed, sullen faces all around the table. Laird sat with his head in his hands.

Praise be to Rick Lagina and Gary Drayton! These guys managed to drag the others out of the fug. Rick calmly said, “There’s a way to move forward, and I think we should.” He raised morale by pointing out that the drilling program in the Money Pit shows “real hope and promise.”

Gary said, “This roadblock has been thrown in front of us; we’re going to go somewhere else and find something spectacular.” Smiles began breaking out around the table, and Rick added, “we’ll find a way through this; let’s just keep moving forward.”

You cannot fault these guys on resilience. They’ll find a way.

The Curse of Oak Island: Machinery has arrived, but what work is currently being done on the island?
Related Stories 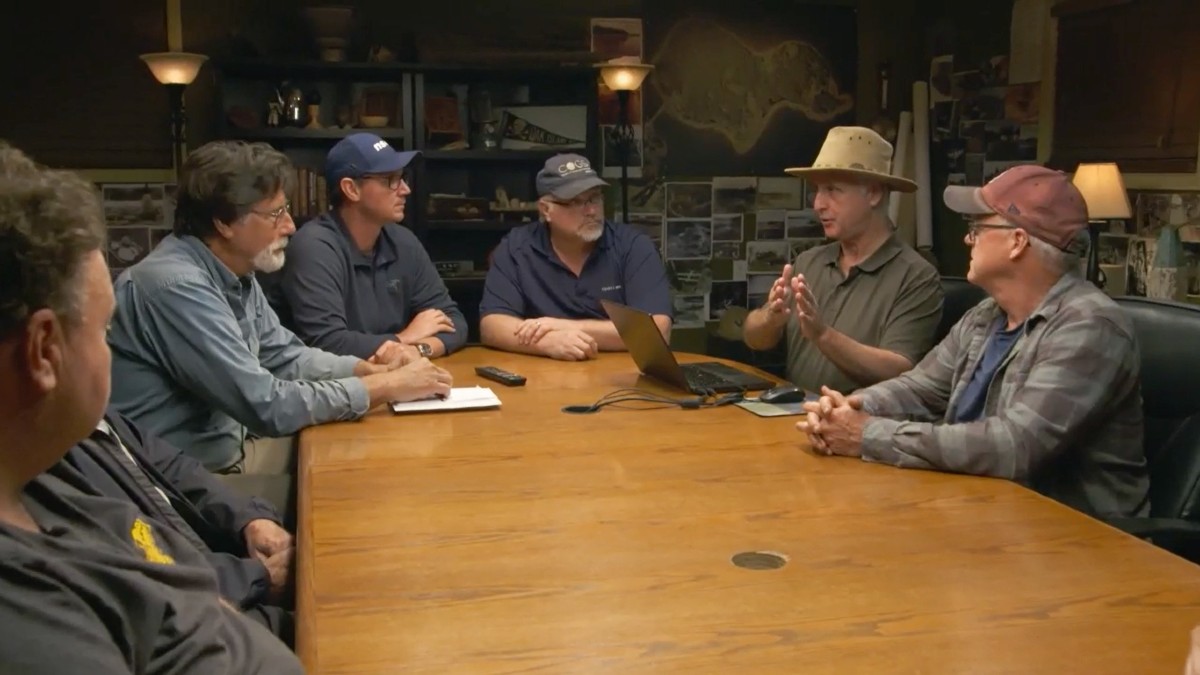 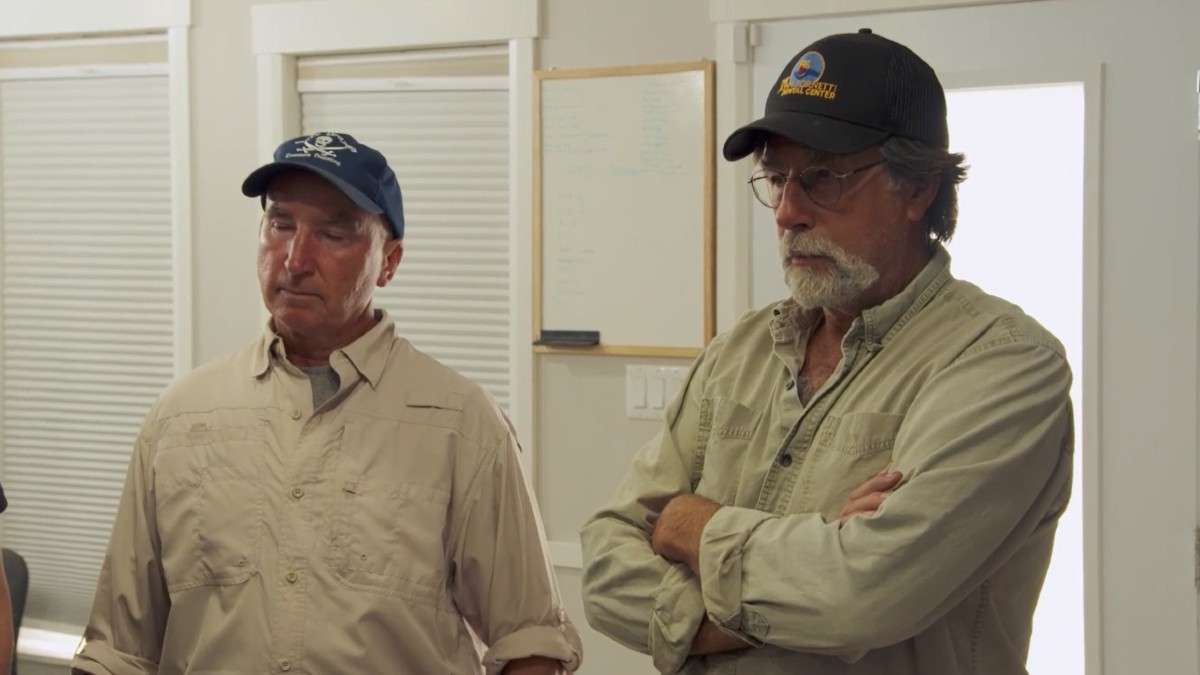