Soulmates is a new AMC series that takes place in the near future and offers a test to find a person’s true soulmate.

Here is everything we know so far about Soulmates Season 2.

This article provides everything that is known about Soulmates Season 2 and all related news. As such, this article will be updated over time with news, rumors, and analysis. Meanwhile, let’s dig down into what is known so far.

Is there going to be a Season 2 of Soulmates?

The good news is that the AMC series Soulmates will get a second season and the renewal came early from the network.

Indiewire reported that the AMC anthology series received the Season 2 renewal before Season 1 premiered, showing that AMC has faith in the series regardless of ratings’ numbers.

“In getting a greenlight for the show, we presented four seasons’ worth of ideas. Some of that changes as you make the show. But ultimately, we’re so pleased with the world we’ve created with this idea,” said series co-creator Brett Goldstein.

“Now we just want to do more of it and get more writers in and get more diverse voices and hear their take on relationships and love. It feels infinite.”

Release date latest: When does Soulmates Season 2 come out?

There is no telling when Season 2 will come out due to the coronavirus pandemic, but it sounds like the producers are working hard to try to make it to a 2021 release.

“They’ll tell you such a unique, specific love story from their life and they’ll blow your mind — everyone has a different take on it. It’s really fascinating.

Soulmates is an anthology series, so the cast changes from episode to episode. We will add more to this article in the future when new castmembers are added.

Soulmates is an anthology series that takes place 15 years into the future and presents technology that promises a test that reveals a person’s true soulmate.

Throughout the first season, different people take the test for different reasons.

Some want to know if their husband or wife is really their true soulmate. Others want to find that someone who has seemed elusive for their entire lives.

“We wanted to write about relationships and modern relationships,” series co-creator Brett Goldstein said. “We came up with this concept of the soulmate test. And it felt like the more we talked about it, that there’s an infinite number of stories because every single person has their own view of what love is and what love means.

“And just following one couple over the course of a season just felt like a waste when you could tell so many different viewpoints in different places in the world and different experiences.”

Of course, as the Netflix series Black Mirror proved, technology is not always accurate and the results can be horrifying at times.

“I thought it was interesting that while shooting the episode, just taking a kind of anecdotal tally of cast and crew, it was pretty divided of who would take the test and who wouldn’t take the chance, who believed in soulmates and who didn’t believe in soulmates,” said cast member Sarah Snook.

“Because for me, approaching the project, I was pretty confirmed that ‘Yeah, of course, I’d take the test.’ I’m pretty amazed that people would think twice about taking it.”

Co-creator and co-writer Will Bridges said that the entire purpose of the show is to explore those ideas.

“The show explores that idea, the idea of true love. So we don’t want to say your soulmate is the person that’s gonna fix you or make you better in any way. It’s just that feeling you have when you fall in love with someone, you’re going to feel that the strongest with this person that you meet,” Bridges said.

“It’s going to be undeniable. But what that means beyond that, does that mean true happiness? Does that mean that you’re going to the person you love the most? Is the person that’s best for you right now? We wanted to open up all those questions.”

AMC sent Monsters & Critics a look at the Soulmates Season 1 finale, which proved that just because a person finds their “soulmate,” it does not mean that anyone will be happy when all is said and done.

“Whilst technology helps, it also hinders it in a way and forces it into this world of box-ticking,” cast member Sonya Cassidy said. “So I can appreciate that if I had been lonely and alone for a long time, I maybe would … I would like to know that someone has chosen to cherish me rather than them being like, ‘Oh, you know, you’re the one. So let’s get on with it!’”

AMC has yet to announce when Soulmates Season 2 will premiere. 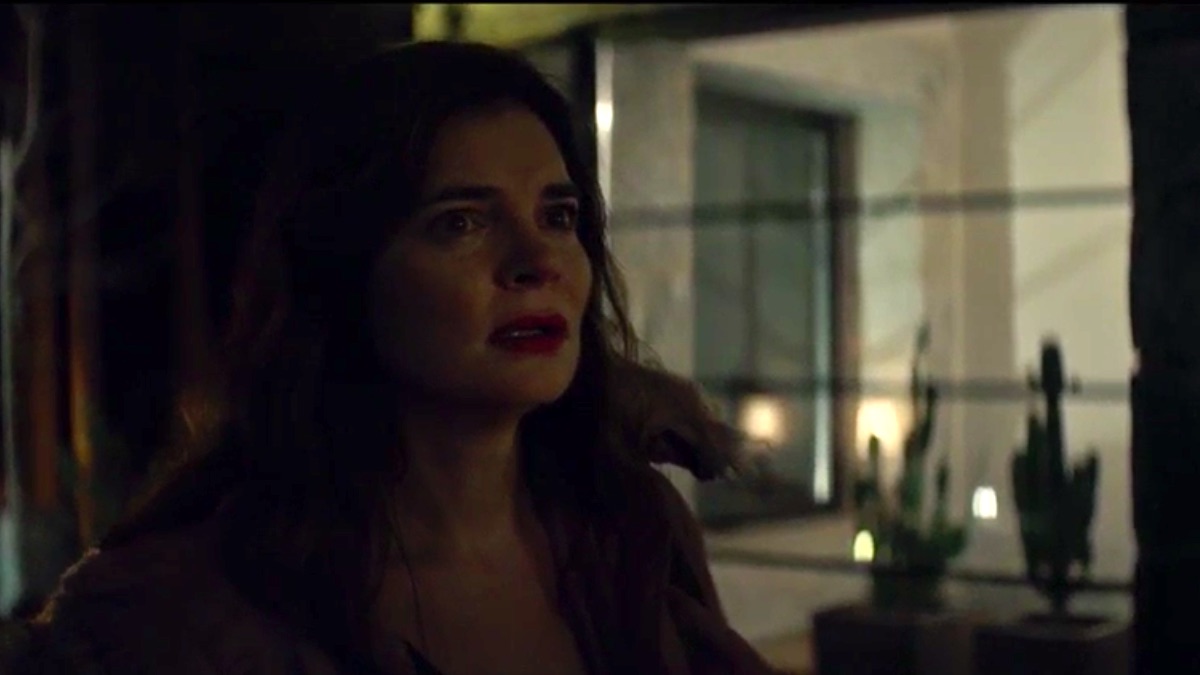