Eileen Davidson joined The Real Housewives of Beverly Hills in 2014 when Season 5 was filming.

The soap star remained a full-time diamond holder for three seasons and appeared as a guest for Season 8.

Despite lasting longer than anyone had anticipated, Eileen reveals that her confrontation with Brandi Glanville in Amsterdam nearly caused her to quit the show.

What happened between Eileen Davidson and Brandi Glanville?

Coming off a very intense Season 4 for The Real Housewives of Beverly Hills, the addition of Eileen Davidson and Lisa Rinna was a bold casting move.

During the cast trip to Amersterdam, things got heated. Brandi Glanville brought up Eileen’s marriage and how she and Vince Van Patten met. From there, things escalated.

Both Davidson and Van Patten were married to others when they met. Brandi called Eileen a “homewrecker” and referenced that she knew what that was.

It was a nod to her storyline on The Real Housewives of Beverly Hills because her ex-husband, Eddie Cibrian, cheated on her several times, and ended up marrying Leann Rimes.

While chatting with the Daily Dish podcast host, Eileen Davidson revealed it was that dinner that almost caused her to walk away from the show. In fact, she left the dinner and didn’t answer calls from production until several hours later.

The biggest issue for Eileen where The Real Housewives of Beverly Hills was concerned was bringing up other people who didn’t sign up for the show. Her marriage situation, her ex-husband who she was married to when she met Vince Van Patten.

It is more about the other people who were roped into the drama from Amsterdam that almost caused Eileen to walk away from RHOBH. She said, “Putting the light on people that did not sign on to do the show was always the worst thing for me about being on the show. Always.”

What has Eileen Davidson been up to since exiting The Real Housewives of Beverly Hills?

Following her exit from RHOBH after three seasons, Eileen Davidson has remained playing the role of Ashley Abbott on The Young and the Restless.

She has taken a break from that as well but is still appearing in a part-time capacity. Eileen is currently airing on the CBS soap now as it celebrates 12,000 episodes.

As for a return to The Real Housewives of Beverly Hills, it isn’t likely. Making a guest appearance with friends won’t be ruled out, though. 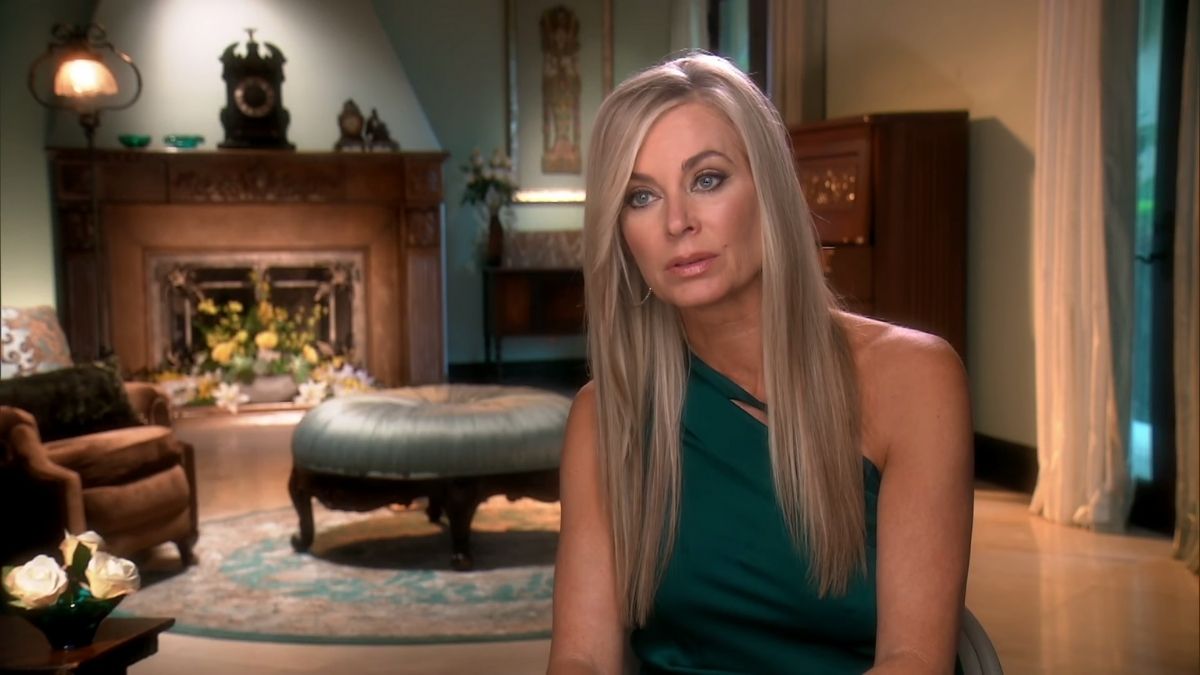