When you are watching a reality show like Marrying Millions, with tons of wealthy people, it may be hard to put the amount of money that they have into perspective.

The average person can only dream about the lavish lifestyles of the millionaires.

Who has the highest net worth on Marrying Millions?

Bill Hutchinson is, without a shadow of a doubt, the millionaire with the highest net worth.

(Volume on 🔊). Tonight on #90dayfiance Yara goes shopping for her wedding dress! But we switched ...

(Volume on 🔊). Tonight on #90dayfiance Yara goes shopping for her wedding dress! But we switched up her partner because he is just that amazing at helping.
(🎥: TLC / re-edited) ...

Chelsea Houska is realizing the joys of raising a preteen after her daughter, Aubree, called out her...

Chelsea Houska is realizing the joys of raising a preteen after her daughter, Aubree, called out her parenting skills. Why Aubree thinks her mom is too “strict” and the details of why Chelsea left #TeenMom2 at link in the bio.
(📸: MTV) ...

He is very fortunate his partner Brianna is not a material person because, with that type of money, he surely must have attracted some “gold diggers” in his time.

The age gap between Bri and Bill Hutchinson has gained tons of media attention. They have a 40-year age gap, and they have lived on two opposite ends of the spectrum, which even got Dr. Phil’s attention.

According to his official website: Bill is recognized worldwide for launching Dunhill Partners, Inc. He took it upon himself to acquire commercial real estate and generate capital from wealthy outside investors.

Dunhill Partners to date is one of the highest regarded commercial real estate firms in the United States.

Bill is the “real deal” when it comes to being the ultimate property tycoon. He has massive business ventures with Richard Branson and The Virgin Hotel Groups.

If you hear Bills back story, you will love him even more. He does not boost his money; he just happens to have it, and Bri is the lucky lady he shares it with.

As for his real estate empire he has created, fans may be impressed to hear that he started at the very bottom. He literally worked his way up the ladder and never missed out on any opportunities.

When he finished college, he struggled to get a job. Eventually, he found an ad in a local newspaper saying: “help wanted”

The company offered a job to someone to lease retail space, and the payment was on a commission-only basis with no regular or even guaranteed paycheck.

This is how his career truly kicked off. He worked extremely hard to get to where he is today.

Bill has been generous with his money, and he has even helped to pay for Bri’s mom’s recent home. It may be because he didn’t enjoy living with her, but ultimately he would do anything to make Bri happy.

To catch up with the multi-millionaire Bill and the crew, keep watching Marrying Millions’ Season 2 on Lifetime every Wednesday at 9/8 c. 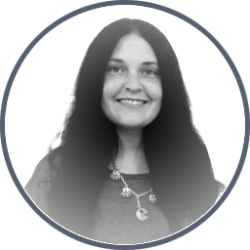 Lauren Gerber
Lauren Hayley Gerber holds a degree in psychology, in addition to many years of experience in writing and the digital world. She is a serious... read more

Girl in the Basement exclusive preview of Sara’s shock imprisonment, plus Judd...

Amber Bowles from Season 9 of MAFS has a new boyfriend after...