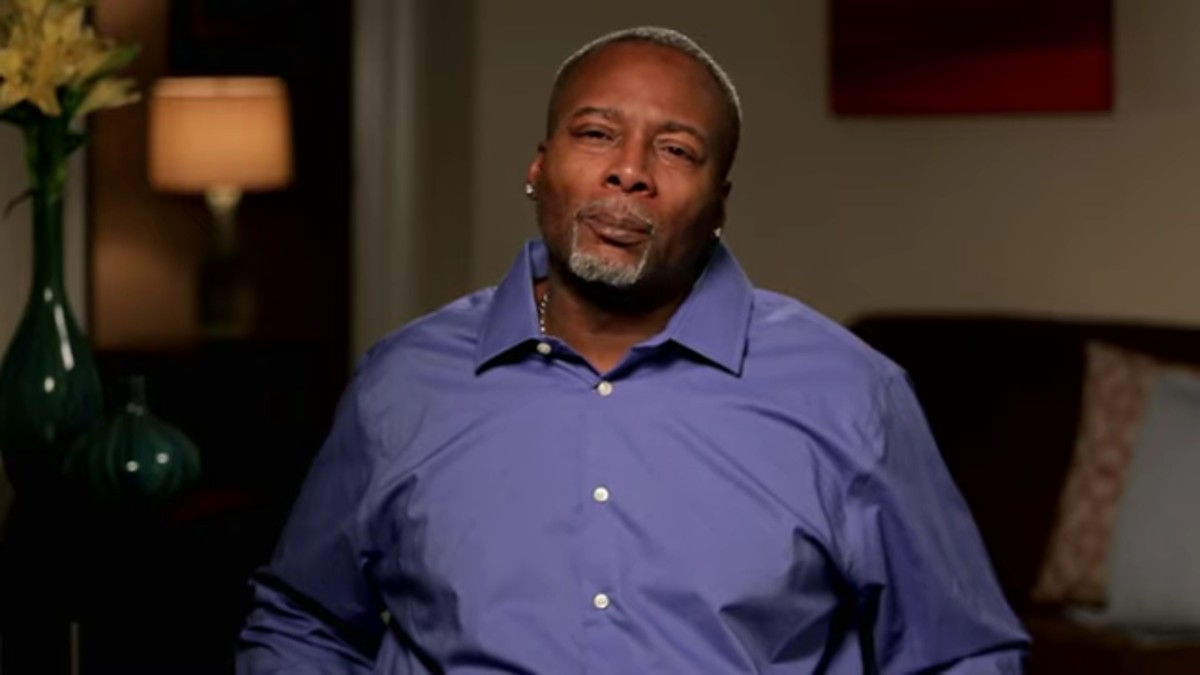 Tyrice tells his children all about Chanda on Love After Lockup. Pic credit: WEtv

Tyrice and Chanda were introduced to Love After Lockup viewers last week. He is gearing up for her release and his kids still don’t know all of the details about their relationship.

Will Tyrice’s children accept what their father tells them, or will this become a point of contention in their relationship?

In this exclusive Love After Lockup clip, Tyrice is faced with telling his children all of the details about Chanda. Her release is two days from the time this was filmed, leaving him running short on time.

The conversation begins with Reggie, Tyrice’s cousin, asking him about his relationship. He had no idea that his children hadn’t been informed of all the details. As things get rolling, it is clear that Tyrice’s son, Lil Ty, isn’t exactly pleased with Chanda and the details of their relationship.

Lil Ty was surprised to learn that Chanda was a white woman. Apparently, he had assumed she was a black woman. The incarcerated part didn’t seem to weigh too heavily, but when Tyrice confirmed her age, that’s when things got tense.

Tyreshia, Tyrice’s daughter, walked over and wanted to know what would happen if she didn’t like the woman. It appears both of his children have reservations about Chanda and her motives. Is she just using their dad as they suspect?

Will Tyrice and Chanda make it?

Last week, Tyrice went shopping for some clothing so that Chanda could have some things following her release from prison. He brought a friend along with him, and she also voiced her concerns.

From the Love After Lockup trailer, viewers know that Chanda is released from prison. The seen where Tyrice is checking her out from behind confirms that. What isn’t clear is whether or not the two remain together

He met her after seeing an app on his phone. After checking it out, she is the one who he connected with. Tyrice has visited Chanda in prison and carries a photo of them together around with him on his phone. He also has photos of her at his house. Tyrice is all in, but is she? Will his kids be proven right after all?

To find out what happens between Tyrice and Chanda on Love After Lockup, be sure to tune in!